There are several types of allergy test, including skin tests, blood tests and other diagnostic tests in the laboratory. These tests can determine if you have any other infections or problems.

A skin test is fast, relatively reliable, inexpensive, and helps determine what causes asthma aggravation. Test results are usually known within an hour. It is very important to adhere to all instructions of the doctor. You need to stop taking an antihistamine before starting the test. The doctor can also report on other measures of preparation for this test.

A skin test is necessary if there is a strong suspicion that a certain allergen or group of allergens causes exacerbation of asthma and allergies. The skin test is the injection of a specific allergen under the skin to reveal the response of immunoglobulin E. This substance, which can only be found in the body of people with allergies, activates mast cell (mast cells) on the skin. Fat cells then produce substances called mediators such as histamine, which cause swelling, redness and itching. An increased level of immunoglobulin E shows that the body is very sensitive to certain allergens.

Your doctor may use one of these skin tests: an injection skin test, an intradermal test, and a scarification (skin allergic) test.

If you have poorly controlled asthma, decreased lung performance or a predisposition to an anaphylactic reaction to allergens, be sure to inform your doctor.

Injection skin test is the most common type of allergy test. A few drops of allergen drip onto the skin, most often on the back. Then each drop is pierced with a needle. After 15 minutes, a rash may appear if your body has immunoglobulin E that reacts to a specific allergen.

Surely the doctor will want to confirm the results of the test with a history of your disease or conduct a new test.

The reaction to the test with a diameter of more than 3 mm is considered positive (i.e., the presence of allergies in the body). This small rash can also turn red and itchy.

An intradermal test can be used if the result of an injectable skin test is negative. The physician injects the allergen directly into the skin. The technique is the same as that used in the manta test to detect tuberculosis.

Intradermal test is often used to identify allergies to external factors and / or medications. This type of test is not suitable for determining food allergies or latex allergies.

Although the intracutaneous test reveals a greater sensitivity of the body, but at the same time there is a high level of false results. Intradermal tests can cause a systematic allergic reaction and therefore are used only when an injection skin test did not give the desired result.

During the scratch test (skin allergy test) a few drops of a certain allergen, the doctor drips onto a bandage and puts a bandage on the skin.

Sometimes this type of test can help identify the causative agent of skin allergies. If the skin turns red, there is irritation and itching, then you are allergic to this allergen.

There are several types of blood tests (including the ones listed below) that your doctor may suggest if a skin test is impossible.

The radio allergosorbent test is a blood test that is used to determine the response of immunoglobulin E to certain pathogens. It is held in vitro. Although this test is not as accurate as a skin test, a radio allergic test is recommended for hypersensitive people when a skin test is a threat to human health.

This test is much more expensive than skin tests, but medications that you take for asthma can not affect the test results in any way. The test is also recommended for children to eliminate airway allergies.

If you have a chronic sinus-pulmonary disease (including rhinitis, sinusitis, bronchitis, and non-allergic asthma), then your doctor may recommend a radio-allergic test on paper. This test gives an accurate picture of the level of immunoglobulin E in the body. Immunoglobulin E – antibodies found in mast cells of the skin. An increased amount of antibodies indicates the presence of allergies or infections in the body.

Tests to test for an allergic reaction can help find out what causes asthma symptoms. These tests can help your doctor identify asthma pathogens and create a proper treatment program that will solve breathing problems. If the doctor suspects that any allergen causes an exacerbation of allergic asthma, then he will recommend to undergo a test to test the allergic reaction. 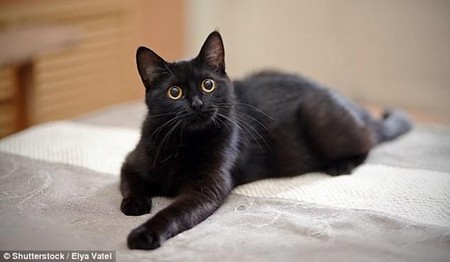