To minimize the negative effect of ultraviolet radiation on the eyes of a sick spring conjunctivitis, it is recommended to wear sunglasses and limit the time spent on the street during the daytime. In severe cases, when in areas with hot climates, it is sometimes necessary to change the country of residence.

Of the drugs in allergology in spring Qatar, long-term use of antihistamines and mast cell stabilizers in the form of droplets (sodium cromoglycate, olopatadin, etc.) is practiced, although their effectiveness is not as high as with typical allergic conjunctivitis. To reduce itching, use 3% sodium bicarbonate solution in drops or lotions from a weak solution of boric acid.

The basis of the treatment of spring conjunctivitis is the long-term use of glucocorticoid hormones in the form of solutions and ointments for local use (dexamethasone, hydrocortisone, etc.).

With the development of adverse reactions and the presence of contraindications it is possible to replace glucocorticoids with topical nonsteroidal anti-inflammatory drugs – eye drops based on diclofenac, ketorolac.

With concomitant keratoconjunctivitis, metabolic agents are used (vitamins and dexpanthenol in the form of eye drops). In case of long-term non-healing ulcers of the cornea, surgical intervention is possible – excimer laser phototherapeutic keratectomy.

Spring conjunctivitis (spring keratoconjunctivitis, spring catarrh) is one of the forms of allergic conjunctivitis that occurs in the warm season (mainly in March-July) and manifests itself in the defeat of the conjunctiva and cornea. The main causative factors are increased solar insolation, hereditary predisposition and changes in the hormonal status. Spring conjunctivitis occurs, as a rule, in children aged 4 to 10 years, less often in 15-20 years. The vast majority of patients with spring Qatar are boys living in countries with a hot climate (from 1 to 7% of the population). In regions with a cold and temperate climate, the disease is much less common in 0.01–0.2% of children and adolescents. Most often, the disease gradually passes during puberty.

To date, the etiology of the disease is not clear. The role of genetic predisposition is assumed (allergic reactions in parents and family members of a patient with spring conjunctivitis are much more common than among relatives of healthy individuals).

There is no doubt an adverse effect on the conjunctiva of increased solar insolation, as evidenced by the increased incidence of spring Qatar in countries with a hot climate. Endocrine factors play a role, hormonal changes in the body (the onset of the disease in childhood and its regression during puberty).

The mechanism of development of spring conjunctivitis is played by a delayed-type allergic reaction, which develops in response to excessive insolation.

The chronic inflammatory process seizes the conjunctiva and cornea of ​​the eye, eventually causing partial replacement of the mucous membrane with connective tissue, papilla hypertrophy, conjunctival deformity, and with the development of complications, ulceration of the cornea.

Spring Qatar begins in children from the age of 3-4 years and quickly becomes chronic, with exacerbations in the spring and summer period. The main symptoms are increasing itching in the eye area, aggravated in the evening, the appearance of a burning sensation, the presence of a foreign body, and tearing when going outside in sunny weather.

Photophobia develops rapidly, blepharospasm and ptosis of the upper eyelids may occur.

In the process of diagnosis of spring conjunctivitis, patient examinations by an ophthalmologist as well as an allergist-immunologist are necessary. The data of anamnesis are taken into account (identification of cases of atopy in relatives, seasonality and association with ultraviolet solar radiation, the development of the disease mainly in boys before puberty), the characteristic clinical picture of spring catarrh.

During an ophthalmologic examination of patients with spring conjunctivitis, typical hypertrophic papillary formations on the mucous membrane of the upper eyelids and eyes are detected, as well as signs of corneal lesions – pinpoint erosions and corneal ulcers.

To clarify the diagnosis of spring conjunctivitis, eye biomicroscopy is performed, the tear fluid and conjunctival scrapings are examined (as a rule, eosinophilia is detected). Often there is an increase in the content of eosinophils in the peripheral blood and the level of immunoglobulin E in the serum.

Differential diagnosis of spring conjunctivitis is carried out with other eye diseases – infectious, allergic, medical conjunctivitis, keratitis, trachoma, other allergic diseases, in the clinical picture of which there may be signs of conjunctival damage (rhinosinusopathy, bronchial asthma, etc.).

Forecast and prevention of spring conjunctivitis

The prognosis for spring conjunctivitis is generally favorable. In most cases in adolescence, the disease passes without any consequences.

For prevention, it is recommended to limit the time of children in direct sunlight in the spring-summer period in areas with high solar insolation, wear sunglasses. 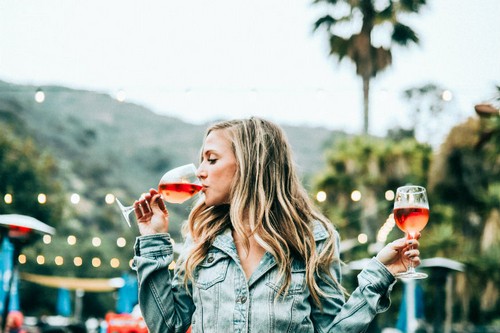 How real is allergic to alcohol

Are your allergies getting worse?