Quincke’s edema in children (angioedema, trophaneurotic edema) is a morphological type of urticaria (giant urticaria), occurring with a dense edema of the dermis and the subcutaneous fat layer. In pediatrics and pediatric allergology, angioedema is diagnosed in 2% of children, more often in girls.

Quincke edema often develops in children with allergic urticaria , however, it can occur without a previous urticarial rash. The relationship of angioedema in children and with other diseases of an allergic nature – bronchial asthma , pollinosis , atopic dermatitis. In 20-25% of cases with angioedema, the child develops the most dangerous complication – laryngeal edema .

Based on the clinical characteristics, acute (up to 6 weeks) and chronic (over 6 weeks) angioedema are distinguished; isolated or combined with urticaria. Given the likely mechanism of development, angioedema in children may be allergic, hereditary (pseudo-allergic), idiopathic.

Allergic angioedema in children is an immediate type of reaction. Contact with the allergen leads to the release of mediators from mast cells (histamine, kinins, prostaglandins), an increase in the permeability of subcutaneous and submucosal capillaries and venules with the development of massive edema of surrounding tissues.

Non-allergic angioedema in children is due to genetic determinism of pathological reactions that are inherited according to the dominant type. In this case, the serum of patients has a reduced level of inhibitors of kallikrein and C1 esterase. In such conditions, the activation of the complement system and the formation of C1-esterase leads to the splitting of the components of the complement C2 and C4, which is accompanied by the formation of a kinin-like peptide responsible for the development of angioedema in children.

The immediate causes leading to a cascade of immunopathological reactions and the development of angioedema in children can be food (chocolate, eggs, fish, citrus fruits, berries, nuts, milk), drugs (aspirin, B vitamins, iodine preparations, penicillin) and other allergens (pollen, dust, insect bites).

Symptoms of angioedema in children

Angioedema in children can develop in various clinical forms: by the type of edema of the mucous membranes and subcutaneous tissue, laryngeal edema, abdominal syndrome, neurological disorders.

With the defeat of the mucous membranes and subcutaneous tissue edema develops suddenly and lasts for several hours or days. The growth of angioedema in a child occurs rapidly, within a few minutes. In some places, the favorite localization of angioedema in children are the lips, eyelids, cheeks, forehead, feet, hands, scrotum. When edema of the oral mucosa and tongue occurs in a child, speech and swallowing are severely hampered. When viewed from the throat, marked swelling of the soft palate, pharynx, small tongue. In the case of isolated tonsil edema, the picture may resemble a catarrhal sore throat .

Swelling of the tissues is accompanied by slight pressure, tension and tingling; pruritus is usually absent. Palpation of the angioedema in children is painless, with pressure on the edematous tissue of the fossa does not remain.

Quincke edema, involving the larynx, is a serious threat to the lives of children. Laryngeal edema is characterized by lightning-like development. At the same time, because of the sudden difficulty in breathing, the child becomes restless, his face becomes blue, and afony appears. Hemoptysis caused by multiple hemorrhages in the oral mucosa, pharynx and larynx can be noted. The rapid progression of this clinical form of angioedema can lead to asphyxiationand death of children, if an emergency tracheostomy is not performed . When combined laryngeal edema with swelling of the trachea and bronchi, the condition is more like an attack of bronchial asthma; when combined with swelling of the nasal mucosa – the clinic of allergic rhinitis .

Abdominal syndrome with angioedema in children due to lesions of the esophageal mucosa, stomach and intestines. In this case, swelling of the subcutaneous tissue may not be, which greatly complicates the recognition of angioedema in children. The attack develops suddenly and is characterized by sharp pains in the abdomen, unrestrained vomiting, profuse diarrhea with blood.

In allergic forms, angioedema in children more often involves the face, genitals, hands, feet, mucous membranes of the oral cavity, larynx and gastrointestinal tract; sometimes accompanied by an urticarial rash. Non-allergic angioedema in children usually manifests itself at an early age and occurs with severe laryngeal lesions and abdominal syndrome.

Diagnostics of angioedema in children

With angioedema in the area of ​​subcutaneous fat and visible mucous diagnosis is not in doubt. Difficulties arise with isolated edema of the meninges and the gastrointestinal tract in children. Allergological history (allergic reactions, heredity), the effect of the use of adrenaline and antihistamine drugs, special research methods play a significant role in the diagnosis.

In the acute period, the determination of total and specific immunoglobulins E in the blood is carried out. To identify hereditary angioedema in children, the main role is played by determining the concentration of the components of complement C2 and C4 and the level of Clq inhibitor in the serum. In order to exclude or confirm laryngeal edema, laryngoscopy is performed. The search for a specific allergen is carried out under the guidance of a children’s allergist-immunologist and includes keeping a “food diary”, setting diagnostic elimination diets, and setting allergicskin tests (2-3 months after arresting angioedema in children).

Abdominal syndrome with angioedema in children must be differentiated from intestinal obstruction , peritonitis , pancreatitis , appendicitis . When edema of the subcutaneous tissue, contact dermatitis , lymphostasis , erysipelas , periostitis , Melkerson-Rosenthal syndrome should be excluded . In the case of the predominance of neurological symptoms, differential diagnosis with meningitis is performed .

Treatment of angioedema in children

In the case of diagnosis of angioedema in children, first of all, you must stop contact with the intended allergen. For the elimination of the allergen already in the body, the child must be given an abundant alkaline drink, enterosorbents (enterosgel, activated carbon).

Further, to prevent the occurrence of re-allergic angioedema in children, specific hyposensitization with a known allergen can be performed . An important stage in the treatment of recurrent angioedema in children should be the elimination of foci of chronic infection, treatment of chronic diseases of the gastrointestinal tract, liver and biliary tract, de-worming. In hereditary angioedema, administration of fresh plasma containing a C1-esterase inhibitor, protease inhibitors (aprotinin, aminocaproic acid) is indicated for children.

With the development of laryngeal edema, in addition to the measures listed above, inhalation nebulizer therapy with adrenergic mimetic drugs (salbutamol) and corticosteroid preparations is performed ; oxygen therapy , hemosorption . In case of an increase in respiratory failure , immediate intubation or tracheostomy and mechanical ventilation isnecessary .

Quincke’s edema in children is an acute, suddenly developed, predominantly allergic reaction, accompanied by severe edema of the mucous membranes and subcutaneous tissue. Clinically, angioedema in children is manifested by swelling of the eyelids, lips, entire face, neck, upper torso, feet and hands, genitals; the most severe form of the disease is laryngeal edema. Clinical and immunological examination in children with angioedema includes collecting allergic anamnesis, determining the level of general and allergen-specific immunoglobulins E, the study of the immunogram, the conduct of skin allergy tests and provocative tests. In cases of angioedema, antihistamines, abundant alkaline drinking, enterosorbents are prescribed for children; in severe cases, oxygen therapy, intubation and mechanical ventilation. Treatment of balanoposthitis in boys 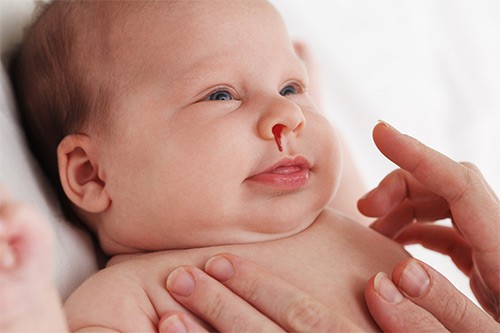 Causes of nosebleeds in infants Treatment of chest deformities in children

4 thoughts on “Treatment of angioedema in children”