Growing up and developing, the child experiences stable and crisis periods. The first are distinguished by a calm flow, a gradual improvement of existing abilities. The crisis is accompanied by qualitative changes in the psyche, affecting the personality, social relations. In seven-year-olds, play activity gives way to learning, the social circle expands, a social role is formed – a student.

Signs of crisis – disobedience, stubbornness, irritability – occur from 5 to 8 years. The duration of the transitional phase is 6-9 months. By the end, the “inner position of the student” is formed, the child’s perception of the social role (expectations, relationships, activities).

The causes of the crisis of seven years

The crisis of seven years coincides with the beginning of schooling – the internal changes of the psyche are accompanied by a change in the social situation of development. The child feels the need to master social roles, meaningful activities in society (study). At the initial stage, the external attributes of “maturity” are important. The kid defends the right to choose, independently assesses the situation, makes decisions. The content, the meaning of actions remain hidden. There is no understanding of responsibility, consequences, conflicts arise with teachers, parents.

The second feature of the crisis period is the need to adopt rules, prohibitions, rights, and duties of the student. The study of the boundaries of what is permitted is performed by the “method of trial” – the child ignores, denies, and opposes the demands of adults. The severity of crisis symptoms depends on the psychological characteristics of family members, methods of education. The crisis is acutely experienced by excitable children, with hyper-care and authoritarianism of the mother, the father. The third feature – the development of a new role is accompanied by the rejection of the former. Having become a student, the child refuses to do his usual work – play with his younger sister, go to bed early. The resolution of the crisis occurs along with the development of the content (meaning) of educational activities, adulthood.

Changes in the crisis stage have a physiological basis – in 6-7 years the frontal lobes of the cerebral cortex are actively developing, which are responsible for arbitrariness: the ability to plan, control the implementation of actions, predict the consequences. The mobility of excitation-inhibition processes, manifested by restlessness, hyperactivity, and emotional lability, is preserved.. At the level of the psyche, the following changes occur: experiences become meaningful, they are generalized, the image of “I” is divided into internal (self-assessment) and external (assessment by others).

The child builds his own system of values, differentiates between “bad” – “good”, “right” – “wrong”. There is a formation of self-image as a person in society. Role relations with teachers and peers are actively developed. Crisis symptoms are observed during the development of a new position (student, schoolchild).

Symptoms of the crisis of seven years

The main manifestations of the crisis are capriciousness, negativism, disobedience, irritability. Imitating adults, the child quivers, grimaces. Movements, phrases do not correspond to age, become ridiculous, deliberate, exaggerated. Literal repetition of parental words, intonations, gestures – testing the attributes of adulthood. The desire to change the existing rules of behavior, ways of interacting with family members are accompanied by frequent disputes, ignoring the requests of elders. After the appeal of an adult, the child pauses, delays the fulfillment of unpleasant duties, choosing tactics (resistance, submission). He compares the rights and duties of relatives, revealing injustice, openly complaining, stubborn (refuses to sleep, walks without a scarf like a dad).

The behavior of children is different disobedience. The rejection of the usual requirements and duties is explained by the change in social position – there was a child, he became a student. The kid throws out toys, refuses favorite food (like juice – drinks tea “like a mother”), does not follow the established regime. Willfulness is manifested by resistance to questions, the requests of adults. The formation of self-esteem occurs through the approval / condemnation of others. The child often asks the opinion of elders about the results of work – asks to evaluate the drawing, the craft, the quality of cleaning, the beauty of the chosen clothes. Criticism forms uncertainty, passivity, lack of initiative.

First graders acquire the importance of the problem of adaptation, psychological readiness for school. Normally, the crisis and the beginning of learning coincide, the child easily adapts to unfamiliar conditions, quickly masters the social position of the student. Children with a prolonged, delayed crisis have difficulty moving from preschool childhood to primary school age – the main activity remains the game, external signs of the student’s role are accepted, but strong emotional attachment to the mother remains.

Diagnosis of the crisis of seven years is carried out by psychologists and educators, with pronounced behavioral and emotional deviations may require consultation of a psychiatrist. A standard examination is carried out by clinical methods, and an assessment of psychological readiness for schooling is additionally performed.

The full range of surveys includes:

Differential diagnosis with emotional, behavioral disorders is carried out in severe crisis. In such cases, a child psychiatrist is involved in the examination, who, on the basis of anamnesis, concludes that there may be a disorder. Additionally, you may need complex psychological testing (cognitive, emotional-volitional sphere), instrumental examinations ( EEG , MRI of the brain ).

Recommendations for a crisis of seven years

In times of crisis, changes in behavior, lifestyle, and self-awareness of the child occur. Adults should develop new ways of family interaction, review their attitude to the future student, start preparing for the school year in advance. These measures will speed up the transitional stage, correct negative crisis manifestations.

At the consultations, psychologists recommend parents:

Successful completion of the crisis of seven years forms the child’s position of the student, responsibility, ability to accept and follow the rules, contributes to school adaptation. Prevention of complications and a protracted crisis is based on a change in the attitude of parents to children. It is necessary to show respect, equality, give the child more freedom.

In education, it is recommended to show flexibility, adhere to the system of accepted rules, but leave space for independence, choice, and changing roles. Do not go into open conflict with the child, it exacerbates the negative symptoms. 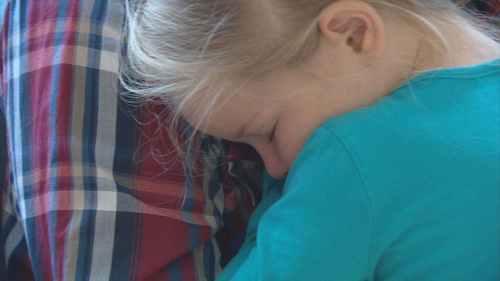 3 thoughts on “The crisis of 7 years”