In September this year, Walif’s parents agreed an out-of-court settlement with Great Ormond Street, which admitted negligence but denied liability for the boy’s death. However, this week the hospital admitted an expert had reviewed the case ahead of the settlement and concluded its actions did contribute to Walif’s death.

The hospital said it had been under no duty to share these results with Walif’s parents at the time.

Mistakes by Great Ormond Street contributed to the death of a five-year-old boy, the children’s hospital has admitted – just months after it concluded a legal case with his family in which it denied responsibility.

The world-renowned children’s hospital failed to flag results of a crucial blood test, showing that Walif Yafi had a dangerous infection, to doctors at King’s College Hospital where he had been receiving treatment. He died a few weeks later, in September 2017.

The central London trust, which describes itself as being one of the five best children’s hospitals in the world, is already facing calls for an investigation into its treatment of another baby who died in its care.

Walif had a liver transplant in 2012 after suffering cancer shortly after his birth, and was being overseen by Great Ormond Street as an outpatient, as well as by the transplant team at King’s College Hospital, in south London. 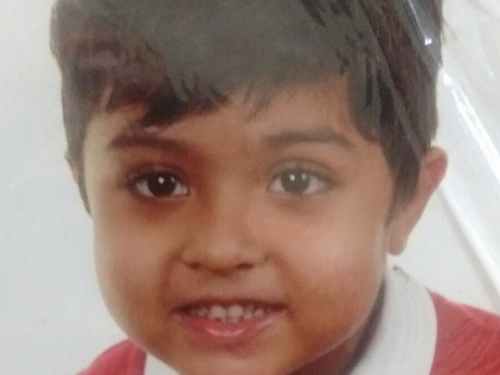 On 24 August 2017, he had a routine blood test at Great Ormond Street, which showed he had an adenovirus infection – something that is common in children whose immune system is being suppressed by drugs, as Walif’s was because of his transplant. If untreated, the infection can be deadly.

By this stage, he was severely unwell and, though he began anti-viral therapy, Walif suffered multiple organ failure from the spread of the infection. On 30 September, he suffered cardiac arrest and died.

It was only when approached by The Independent this week that the trust revealed its expert had, in the course of negotiating the settlement with Walif’s parents, determined the hospital did materially contribute to the child’s death.

His family, and their solicitors, had been unaware of these conclusions. Walif’s father. Ashraf Uddin, who lives in East Sheen, southwest London, said: “My wife and I knew deep down that Walif had been let down. We were devastated by his loss and felt that we would be letting his memory down if we did not seek justice.

“When we instructed our solicitors, we didn’t care about the money, we just wanted answers and we wanted the doctors at Great Ormond Street Hospital to learn from their mistakes. If by bringing this claim we have changed the attitude of at least one doctor, and that means that we can prevent something like this from happening to at least one other family, then it is that thought that gives us peace in our hearts and justice for Walif.

“We are pleased the trust have now seemingly admitted liability but wish we’d got to this point sooner. We are shocked that the trust denied liability throughout the legal process but now have drastically changed their stance.

“It has been a long and painful journey for our family as it shouldn’t have taken this long for answers and clarity to be provided.”

The trust is already facing calls for an investigation following revelations in The Independent earlier this month that it is accused by experts of a cover-up in the case of toddler Jasmine Hughes, who died at the trust in 2011. Great Ormond Street denied a cover-up but admitted key information had not been shared with the coroner and a new analysis this year showed crucial information about Jasmine’s care was left out of her medical records.

On Thursday, an inquiry into a 20-year cover-up of the death of baby Elizabeth Dixon also concluded her high blood pressure was reduced too quickly at Great Ormond Street in 2000, worsening her existing brain damage that was caused by failures at Frimley Park Hospital in Surrey.

James Anderson, an associate at Lime Solicitors, which is representing Walif’s parents, said his firm intended to speak to the hospital again about the findings. He said: “Given the contested nature of the claim, it was a prolonged process that understandably put a great deal of stress on the family. It is very rare that a trust admits failings following the conclusion of a legal claim where liability was denied.”

NHS Resolution, which handles litigation claims on behalf of NHS trusts, said the expert it had commissioned initially concluded that the hospital had not been responsible for the death, but later changed their stance after further issues were raised by the family’s lawyers and this had been taken into account when reaching the settlement.

A spokesperson for the hospital said it was normal not to share such information, and it would be “false to suggest” the findings about Walif’s death had been “inappropriately withheld” from his family.

They added: “We are deeply sorry about Walif’s death and we understand how difficult his devastating loss has been for his family. It is clear that we let him and his family down. In our response to the family’s complaint in 2018, we have openly acknowledged that we made mistakes in managing his test results and in our duty of care to him and we have apologised to his family for that.”

The spokesperson said a number of changes to practice had been made since then. High fever, in a child, how to knock