Herpetiform dermatitis is a very unpleasant skin disease that can significantly worsen a person’s quality of life. It is impossible to completely cure pathology. However, with the help of certain dietary restrictions, the use of medicines and folk remedies, unpleasant symptoms and the frequency of their manifestation can be reduced.

The second name of the pathology is Dühring’s disease. The disease is the general name for epidermal lesions of a different nature, for which severe symptoms and symmetrical skin lesions are typical.

Severe chronic damage to the skin, characterized by frequent relapses, doctors call the term herpetiform dermatitis. We will discuss the features of the course of the disease, the causes of its development, possible complications, forms, symptoms, methods of diagnosis, prevention and treatment in adults and children in the article below.

Modern medicine does not have an exact answer to the question of what is the root cause of herpetiform dermatitis. In 90% of cases, in patients with a confirmed diagnosis, individual intolerance to the glutein protein is determined, which is present in large quantities in plants (mainly cereals). In view of this, most doctors talk about the autoimmune origin of the pathology. Some doctors indicate that not the last role in the development of the disease is played by:

Most often, the disease is diagnosed in patients under the age of 40 years. However, there are cases when the disease affects the body of the elderly and children. Representatives of the black race almost never suffer from this form of dermatitis.

The concept of “herpetiform” does not have any connection with the herpes virus and only indicates the group location of the rashes on the patient’s skin.

Five myths about the common cold. Truth and lies about infectious diseases

Most often, pathology declares itself to be a slight increase in body temperature and general malaise. Subsequently, itching of the skin in the area of ​​damage and tingling is attached. Within a few days, the first rashes appear on the surface of the epidermis, which look very much like typical cold sores.

In the vast majority of cases, the rash acts on:

In this case, rashes with this form of dermatitis are never diagnosed on the feet or soles of the feet. On mucous membranes, a rash is an extremely rare occurrence.

One of the characteristic features of a rash in pathology is its polymorphism (a variety of forms and types).

On the skin can simultaneously appear:

The latter are most often filled with a clear or cloudy liquid, sometimes with blood impurities.

Turbidity of the liquid indicates the attachment of a secondary infection. Within 5-7 days, the bubbles open. In their place, long healing ulcers appear. As it heals, the skin in the rash becomes hyperpigmented, scars appear on it.

Depending on the symptoms of the disease, the following forms of herpetiform dermatitis are distinguished:

If dermatitis is suspected, consult a specialist as soon as possible. Based on the general clinical picture, as well as the results of laboratory diagnostics and other examinations, only a doctor can confirm or refute the diagnosis. It is impossible to establish a diagnosis independently.

In most cases, the diagnosis of herpetiform dermatitis includes:

In addition, patients with suspected severe pathology may be assigned auxiliary diagnostic methods to clarify the diagnosis and assess the general condition of the body:

Due to the fact that the pathology belongs to the category of severe dermatological diseases, treatment should be carried out only as directed and under the supervision of a doctor. In most cases, we are talking about long-term therapy with medicines, folk remedies, and diet.

Most often, patients use the following funds:

Contribute to the rapid drying of rashes, healing of skin ulcers, reduction of itching and pain. Alternative methods on their own are not able to cope with the disease and are prescribed as part of complex therapy.

The most effective folk remedies for herpetiform dermatitis are:

A feature of the therapy of this pathology is a proper diet and strict adherence to a diet.

The latter provides for a complete rejection and exclusion from the diet of a sick person of the following products:

Features of the course in pregnant women and children

In women in the position, herpetiform dermatitis develops mainly in the 2nd trimester of pregnancy. It is extremely rare – immediately before or after childbirth. As a rule, the disease proceeds against a background of intense skin itching. At the same time, during the next pregnancies, the disease also makes itself felt with another exacerbation.

In children, the disease affects not only the skin, but also the mucous membrane of the oral cavity. With this form, the disease causes a sharp increase in body temperature to 38 degrees and above. The prognosis for people suffering from herpetiform dermatitis is favorable. As a rule, the ailment proceeds cyclically. At the same time, the frequency of relapses and the intensity of rashes, the severity of symptoms depends on dieting, as well as following all the recommendations of the attending physician.

Herpetiform dermatitis is a disease that does not pose a threat to the life of a sick person. The only complication that may occur in a patient is the attachment of a secondary infection with all the ensuing consequences.

To reduce the foci of rash, reduce itching, as well as prevent another relapse of the disease, it is extremely important: Wondering the fastest way to get rid of back acne? How to Treat Hormonal Acne Without Birth Control 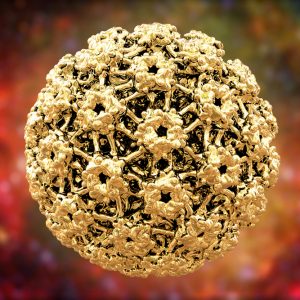