The prime minister admitted on Tuesday that “some parts of government” had responded to the coronavirus crisis “sluggishly” – prompting widespread speculation he was referring to PHE in particular.

Boris Johnson has been urged to scrap Public Health England (PHE), the government body facing criticism for delays in sharing data that shows how the coronavirus is spreading in different parts of the country.

Former Conservative party leader Iain Duncan Smith said he would “abolish PHE tomorrow” if he was in charge, claiming the agency was guilty of “arrogance laced with incompetence”.

One former Tory health minister told The Telegraph that PHE appeared “destined for the chop”. The same newspaper also quoted a government official stating: “Once we have put coronavirus behind us it seems pretty certain there will be some changes.”

The data gap has been blamed for the delay in imposing the lockdown in Leicester. Local leaders thought the city had recorded just 80 new Covid-19 cases in a two-week period. Yet once pillar 2 tests results were added, there were 944 cases.

Labour MP Yvette Cooper tweeted on Wednesday that local authorities in her constituency in Wakefield, West Yorkshire, had still not been able to get hold of local pillar 2 testing data. “Appalling and incomprehensible that basic info hasn’t been provided,” she said.

One former government scientific adviser said there was only a window of just a few weeks to have better “data systems” up and running for the scheduled full return of schools in England.

Professor Neil Ferguson, attempting to defend the role of PHE, told BBC Radio 4’s Today programme: “I think we need to get the systems working, but I also agree that Public Health England and everybody involved is doing their best.”

The Imperial College London professor added: “It’s a very complex system to combine data from multiple sources from across the whole country. I don’t think we have any time to lose but I’m not going to sit here and start criticising people at the moment.”

The British Medical Association (BMA) has also implored the government to ensure that local leaders are given timely information about cases in their area to help contain the spread of the virus.

Dr Chaand Nagpaul, chairman of the BMA Council, said: “The prime minister has talked about a ‘whack a mole’ strategy to tackle local outbreaks, but this is no use if the people leading the response on the ground – be they public health teams or local leaders – are not given the most accurate up-to-date data possible.” 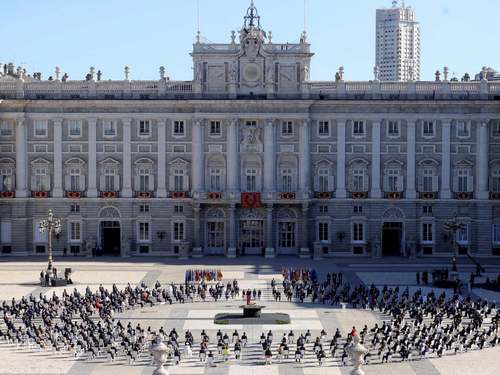