The government is now urging people to either put their rubbish in a bin or take it home as litter can spread Covid-19.

An image of a pile of litter was posted on the official Downing Street social media accounts with the warning: “Don’t eat and drop. Dispose of your litter. It isn’t difficult.”

Downing Street has warned people to pick up their litter to stop the spread of coronavirus.

Piles of rubbish including empty beer bottles, disposable barbecues and laughing gas canisters were pictured dumped on parts of the country’s coastline.

The government warned: “Litter can spread the virus. Put it in the bin or take it home with you. Keep your community clean and safe.”

Public Health England (PHE) advice states Covid-19 is mainly passed between people through respiratory droplets transmitted by coughing and sneezing and through contact with contaminated surfaces.

The government agency has previously said the length of time a respiratory virus can survive depends on a range of factors, including the type of surface it is on, and whether it has been exposed to sunlight and cleaning products.

Under most circumstances, PHE says, the amount of infectious virus on any contaminated surfaces is likely to have decreased significantly by 24 hours, and even more so after a further 48 hours.

However, the website Germ Defence, run by experts from Southampton, Bath and Bristol universities, say it can take up to 72 hours for coronavirus to die on hard surfaces such as cardboard, plastic and metal.

They advise putting any deliveries received during the pandemic in a spare cupboard for three days, or as long as possible, before using them.

Littering, including food waste, cigarette butts or chewing gum, is a criminal offence in the UK and anyone caught in the act could face an on-the-spot fine.

A pile of used disposable barbecues next to a litter bin on the Isle of Dogs, London, after the introduction of measures to bring the country out of lockdown. (Yui Mok/PA)

Volunteers have been out helping clear up mess left behind by beach-goers during lockdown, including at Durdle Door, in Dorset, where one group filled more than 30 bin bags with rubbish during the heatwave last month.

The Department for Environment, Food and Rural Affairs (Defra) advises any litter picking should be done with “the appropriate safety equipment, including thick gloves, litter-pickers and heavy-duty bags”.

It added: “In the event that littered face coverings or PPE have been collected while litter picking, then these should be handled with care and disposed of in a residual ‘black bag’ bin. They must not be recycled.” Number of states with high obesity rates doubled since 2018 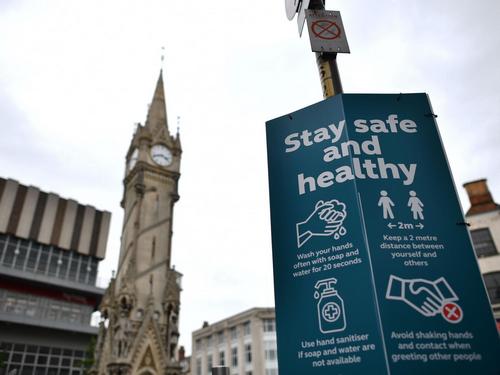