Cabinet office minister Michael Gove insisted yesterday that masks would not become “mandatory” but suggested it was “basic good manners” to wear one.

Public health experts and retail chiefs are urging the government to look again at making face masks mandatory in shops to encourage people back to the high street and stop the spread of coronavirus.

The government’s messaging has been criticised as “confusing”, with a lack of clear rules and UK mask use still lagging far behind others countries despite mounting evidence that they do make a difference in halting Covid-19.

As recently as April Health Secretary Matt Hancock was actively discouraging the wearing of masks, suggesting that they were ineffective and that public uptake of the practice would create shortages for NHS workers.

“When the pandemic was declared by the WHO 70 countries already required their citizens to wear masks in enclosed places or strongly recommended it – now it’s 120,” Linda Bauld, professor of public health at the University of Edinburgh told the BBC.

“We would indeed not ask out shop workers to confront someone who was stealing from us – we would ask them to call the police.

Boris Johnson appeared on Friday wearing a mask for the first time telling reporters that “We need to be stricter in insisting that people wear face coverings in confined places”. He said the government was “looking at ways of making sure that people really do have face coverings in shops for instance”.

But his deputy Mr Gove suggested on Sunday that the government was unlikely to take real action, adding: “I don’t think mandatory, no, but I would encourage people to wear face masks when they are inside, in an environment where they might be mixing with others and where the ventilation might not be as good as it might. I think it is basic good manners, courtesy, consideration, to wear a face mask.”

Some influential right-wingers close to the governing Conservative party have complained about proposed mandatory mask-wearing and other lockdown measures, including in the government-supporting Daily Telegraph newspaper which the prime minister has regularly written for. 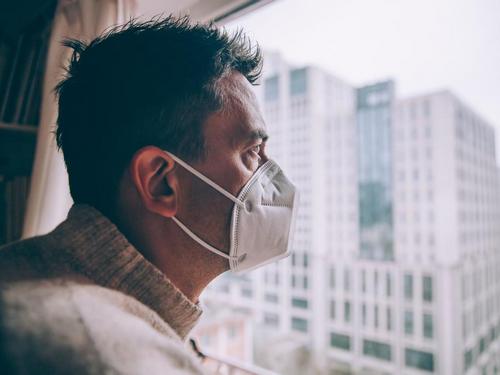