Concerns over the standards of care at Shrewsbury and Telford Hospital Trust first emerged following the avoidable death of baby Kate Stanton-Davies in March 2009.

In the years since, thanks to her parents and the families of other babies who have died, the Midlands trust has come under intense scrutiny.

Despite multiple public pledges that it has made improvements, problems continue to be highlighted.

Kate Stanton-Davies was born “pale and floppy” at Ludlow midwifery led unit in Shropshire, in March 2009. She was airlifted to Birmingham’s Heartlands Hospital while her parents were made to drive separately. She died hours later.

Her mother, Rhiannon Davies, had been wrongly classed as low risk and should have been on a main hospital ward. A review in 2015 confirmed there had been a series of mistakes by midwives and found an initial investigation into Kate’s death was flawed and not fit for purpose.

An inquest in 2012 concluded Kate’s death was avoidable. The trust’s head of midwifery Cathy Smith, who later received a written warning for misconduct over her handling of the case, said her death had been a “rare and tragic case”.

After years of complaints, an independent review into Kate’s death by midwifery expert Debbie Graham, revealed the first suggestion of a wider systemic issue at the trust. Ms Graham said Kate’s death had echoes of the maternity scandal at the University Hospitals of Morecambe Bay.

The review also helped expose wider national failings in the way maternity incidents were investigated across the NHS.

At the end of April, baby Pippa Griffiths was born at home in Shropshire but died a day later after midwives failed to listen to concerns by her parents and did not recognise an infection.

Shropshire coroner John Ellery ruled Pippa’s death would have been preventable had she and her mother received appropriate care.

The then health secretary, Jeremy Hunt, asked midwifery expert Donna Ockenden to review the care and treatment of 23 families at the trust after the parents of Pippa Griffiths and Kate Stanton-Davies appealed to him for help. 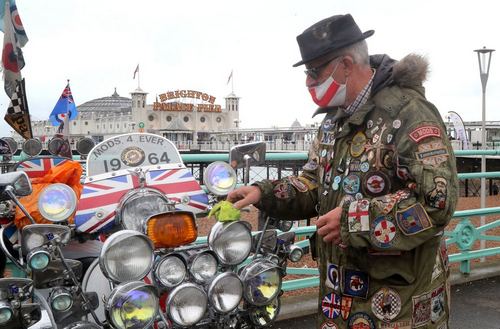 Over one quarter of Britons unsure if they would take vaccine

How to reset your drinking