More of us are now developing the deadly condition than getting the four commonest forms of cancer, a major study shows.

Heart failure affects at least 900,000 adults in the UK and another 900,000 are at very high risk as their hearts have previously been damaged.

Obesity and unhealthy lifestyles in general have been linked to a rise in heart failure across the UK, where there were 190,798 new cases in 2014

The condition occurs when the heart muscle is weakened so it can no longer pump blood around the body efficiently. It commonly develops after a heart attack or as a result of another condition, such as high blood pressure or an irregular heart rhythm.

Survival rates are poor – 40 per cent of patients will die within a year of being diagnosed. Researchers believe the rise is partly down to increasing levels of obesity, high blood pressure and type 2 diabetes, which all increase the risk.

It is also due to the ageing population and more patients surviving heart attacks but being left with weakened hearts.

They predict that the number of cases will continue to increase for at least the next ten years, putting a huge strain on the NHS.

Their study, published in the Lancet, is one of the largest of its kind to investigate the scale of heart failure in the UK. Lead author Professor Kazem Rahimi, from the George Institute for Global Health at Oxford University, said many cases were avoidable.

He said the NHS is not doing enough to prevent the condition – and nor are patients, who should take blood pressure-lowering drugs and statins to control cholesterol, or simply lose weight and exercise.

He added: ‘The key risk factors are being overweight, having a high blood pressure, having high cholesterol, having type 2 diabetes or being a smoker. Our findings have important implications as the number affected by heart failure places an ever-greater burden on health services.

‘We need stronger public health action in disease prevention, improved resource planning, and efficient and effective care for newly-diagnosed patients and those surviving heart failure.’ He said GPs and hospitals will struggle as the number of cases increases.

Symptoms of heart failure include breathlessness, severe tiredness, swollen ankles and legs, and a cough or wheezing. It cannot be cured but patients can take tablets or have surgery.

Professor Jeremy Pearson, associate medical director at the British Heart Foundation, which funded the study, said: ‘Heart failure is a cruel and debilitating illness, with sufferers in severe cases often having poorer survival rates than many cancers. This study highlights the urgent need for more to be done.’ 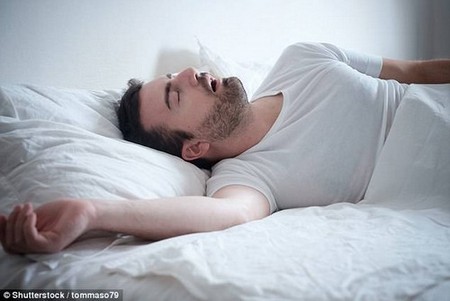 Why your brain stops working when you get tired