Robin White, of Virginia Tech, and Mary Beth Hall, of the US Department of Agriculture’s Agricultural Research Service set out to better understand how changes in the structure of the food system might impact health and the environment. In doing so, they hope to start important conversations about the future of food.

Switching to the vegan dream would be a nutritional nightmare for Americans.

That’s according to new research published this week by the US National Academy of Sciences that poses big questions about how the US agricultural sector can be changed and improved in the future, to mitigate climate change without causing deleterious effects on the population’s overall health. The bottom line: going 100% vegan would be catastrophic.

In models where animals were removed entirely, an interesting set of circumstances arose:

Some of these nutrients are linked to a reduced risk of heart disease, visual and cognitive development in infants, and visual acuity.

“Very simply, there are some nutrient requirements that we cannot get just consuming plant-derived foods,” says Hall, one of the authors of the study. “It rather speaks to us evolving as omnivores.”

This is not to say the researchers ignored calls from health experts who’ve recommended Americans eat more fruits and vegetables. They acknowledge as much in the study, as well as the fact that plant-based diets are often associated with many health benefits and long-term food system sustainability. (The research also only considered models in which people got their nutrients from food products, which health experts prefer over supplements.)

“It is entirely possible to meet the nutrient requirements of individual humans with carefully crafted, unsupplemented plant-based rations, but this can be a challenge to achieve for an entire population,” the study reads.

If the US were to go 100% vegan, Americans would be forced to more carefully consider their diets to ensure they did not become deficient in these important nutrients. Given the difficulties many face in eating healthy already-some of which are socioeconomic-this wouldn’t bode well for public health at large.

One answer might be found in the nascent clean meat industry, where scientists are currently working in laboratories to produce meat by taking animal cells and growing them in bioreactors, without ever having to kill an animal. It might sound like science fiction, but already people in this space have created products-including burger patties-that they believe will soon make it to the market. San Francisco-based Hampton Creek has said it will be introducing its first clean meat product sometime in 2018.

The creators of these products will “bio-mimic” meat down to the smallest detail, says Bruce Friedrich, head of the The Good Food Institute (GFI), which supports and lobbies on behalf of meat alternative interests. Friedrich added that “all of the positive nutritional aspects of meat, those will be replicated” in these products. In fact, there’s even “some discussion in the clean meat community about whether we want to improve on it,” he says. Still, clean meat is in its early stages, and not much is publicly known about its nutritional profile or scientists’ ability to tinker with it while preserving the tastes and textures people expect.

One of the reasons the two researchers set out to complete this particular study is because of the increasing number of conversations about what removing animals from agriculture would mean for the broader effort to decrease greenhouse gas emissions.

Their study found that in an animal-free model, agricultural greenhouse-gas emissions dropped by 28%. That sounds significant, but accounts for just a 2.6% drop in total amount of greenhouse gas America emits. Of course, this is a single study and nailing down precise measurements for this sort of data has proven slippery. Already some scientists have questioned the figures presented.

The US Environmental Protection Agency has said that plant and animal agriculture together make up about 9% of America’s total greenhouse gas output. Most experts agree that agriculture is responsible for a large chunk of total emissions, but to what precise degree is still a matter of debate. The United Nations in 2006 published a report entitled “Livestock’s Long Shadow,” which became a lightning rod of conversation as it was one of the first major publications to attempt to quantify the issue. It attributed 18% of global greenhouse gas emissions to animal agriculture. In 2009, a report by the Worldwatch Institute estimated it was more like 51% (pdf).

Another complexity is that not all greenhouse-gas emissions impact the planet equally. For instance, carbon dioxide (much of which is emitted by cars and trucks) is less potent than the methane produced by livestock. The challenge is to find a way to measure emissions while taking those differences into account.

For that reason, Hall says she would like to see more life-cycle analyses of animal agriculture and its impact on the environment and nutrition. That is to say, we need more cradle-to-grave assessments that study products from inception through the processing, manufacturing, distribution, and disposal stages. Collecting that data is only going to become more important as the global population continues to grow on a planet with a changing climate that will likely impact how we produce and source our food.

“I look forward to figuring out how we feed our nation and how we feed the world,” Hall says. “Whatever route we take, we need to make sure that we meet people’s nutrient requirements. If we’re choosing to make a change in our food production system, we need to look at the array of things being affected.”

Alcohol and drug overdoses at work surge by 30%

X-ray you must see before you get a new knee 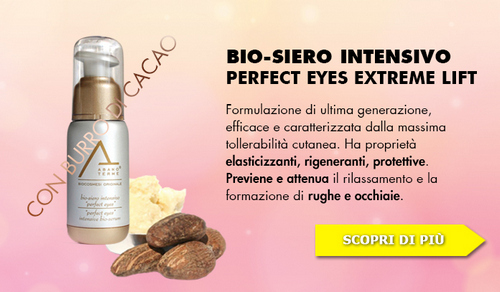