Ascoril and Stoptussin have different indications for use, so the doctor should decide which drug is better for the doctor individually, especially since a number of undesirable effects may develop during treatment.

The following adverse reactions may occur due to Ascoril treatment:

If therapeutic doses are exceeded, an increase in undesirable effects may be observed. In this case, Ascoril is canceled and symptomatic treatment is prescribed.

Due to the use of Stoptussin, the following side effects may occur:

When taking the drug in high dosages, signs of poisoning may appear:

The specific antidote is unknown, therefore symptomatic treatment is indicated.

The pharmaceutical industry offers a lot of drugs used to treat cough related diseases. Such drugs include Ascoril and Stoptussin. Let’s look at how these medicines differ.

Medication is available in tablets and syrup. As therapeutic substances, they contain salbutamol, bromhexine and guaifenesin.

The tablets are white, round in shape. They have a chamfer and risk.

They contain the following additional components:

A syrup is a clear, orange liquid that has a specific odor.

Ascoril has a bronchodilator, expectorant and mucolytic effect. The therapeutic effect of the medication is explained by its active components:

The drug is made in tablets and drops. Their main components are butamirate and guaifenesin.

Drops are a clear, viscous liquid. Its color may be yellow or tan.

The tablets are white or almost white, flat-cylindrical in shape, they have a chamfer and risk.

They include the following additional components:

Butamirate acts on the cough center, which is located in the brain, resulting in suppression of coughing.

After oral administration, butamirate is completely adsorbed from the digestive tract. Up to 94% of the accepted dosage combines with proteins. Butamirate is metabolized in the liver. It is excreted mainly with urine, the half-life is 6 hours.

Comparison and which is better

Suprax and Augmentin, the choice of drug 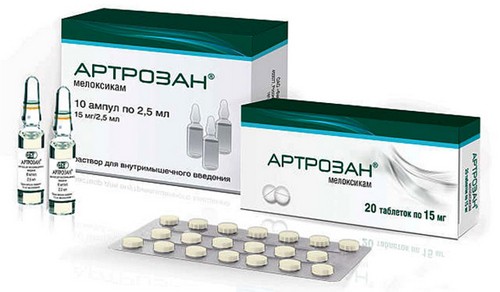 Arthrosan and Diclofenac, the choice of drug