Amoxicillin is not suitable for people with hypersensitivity to the components in the composition, with an allergy to antibiotics included in the penicillin and cephalosporin group. It is contraindicated in patients with a diagnosis of mononucleosis, lymphocytic leukemia, and colitis. Not used for the treatment of lactating women and the elderly. Caution prescribed for bleeding.

Each drug has its own direction, which only the attending physician can determine. It is he who will diagnose and prescribe the appropriate antibiotic, or their combined use.

Infections caused by microorganisms affect all human life systems. It is possible to completely get rid of them only with the help of antibacterial drugs. For example, Amoxicillin and Metronidazole. What do you consider when appointing each? Which drug is considered the best? Is concurrent use acceptable? You can answer these questions by looking at each drug in more detail.

Semi-synthetic antibacterial agent used systemically. It belongs to the group of penicillins. It has a wide range of bactericidal effects. It is steady in the acidic environment. Recommended in several forms:

The therapeutic effect is due to amoxicillin in combination with sodium saccharin, sucrose, magnesium stearate / calcium, lactose, potato starch.

The bactericidal effect is carried out by disrupting the synthesis of proteins in mycobacteria at the time of their division and maturation. Due to the poor conductivity through the blood-brain barrier of the central nervous system, the effect of the drug does not extend to inflammatory processes in meningitis. The therapeutic effect occurs within 25 minutes and lasts up to 8 hours.

The drug is absorbed in the gastrointestinal tract. Not exposed to acidic environment. After a few hours, it is evenly distributed in the tissues and body fluids. The drug is excreted by the kidneys.

When prescribing Amoxicillin, kidney dysfunction is taken into account. If necessary, reduce the dose and frequency of taking the drug. With hemodialysis, the drug is administered every 24 hours.

During treatment, superinfection may develop, then the drug is canceled. To prevent the development of crystalluria, it is necessary to use a large amount of liquid.

Amoxicillin acts on the following pathogens:

In combination with clarithromycin and lansoprazole, it acts on Helicobacter pylori.

An antibacterial agent used systemically. The main active ingredient is metronidazole (a derivative of azomycin). Each release form is supplemented by individual excipients: 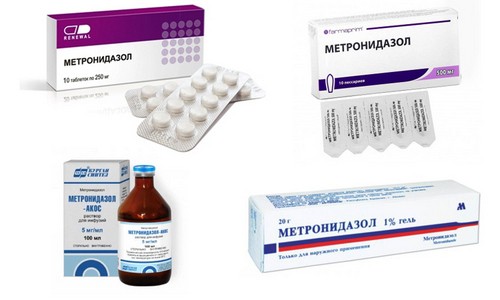 The therapeutic effect is due to the synthetic metronidazole. It oxidizes aminoimidazoles, which excite the processes acting on microorganisms, destroying them.

The drug is rapidly absorbed at the level of the stomach and enters the general bloodstream. Evenly distributed throughout the tissues and body fluids. Metronidazole crosses the blood-brain and placental barrier. It is determined in breast milk. Metabolism is carried out at 60% within the liver for 8 hours. It is excreted in urine and feces.

It has a wide range of effects on the following microorganisms:

As an antiprotozoal agent, it is used to treat trichomoniasis.

They can be considered taking into account the indications and contraindications for admission. For example, identical bacteria groups are sensitive to drugs: pneumococci, Helicobacter pylori, Pseudomonas aeruginosa, Haemophilus influenzae.

The drugs enhance the effect of each other, therefore, are prescribed for chlamydia (initial stage), some forms of tuberculosis. Effectively used in the complex for the treatment of:

Do not combine with ethanol. Therefore, in the treatment of both drugs, it is forbidden to drink alcoholic beverages. This will help to avoid the development of antabuse-like syndrome.

Each drug has limitations: Amoxicillin is not active in case of meningitis, and Metronidazole – in case of inflammation caused by streptococci and staphylococci. The first is used in the treatment of children from birth, and the second after 6 years. 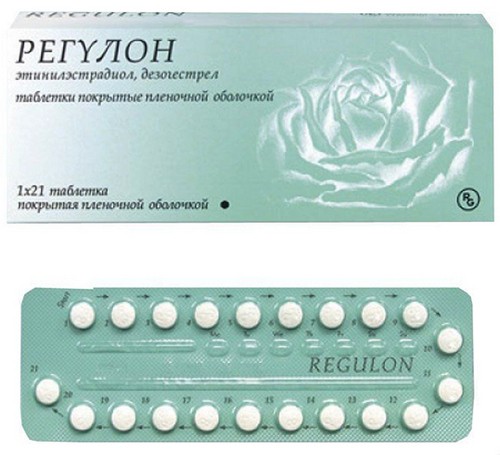 Regulon or Jess, which is more effective 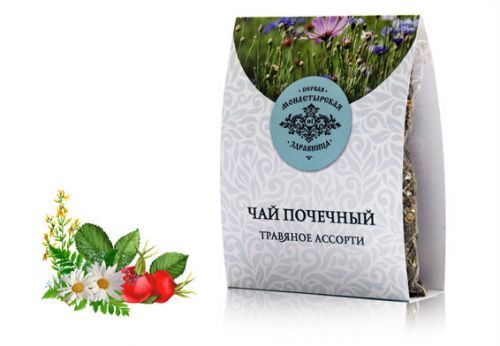