Piracetam – nootropic drug. By definition, experts of the world health organization called nootropic drugs, which have activating effect on learning, improve memory and intellectual activity, and also increases the resistance of the brain to aggressive influences.

Piracetam has a positive effect on blood circulation and metabolic processes of the brain. Drug exhibits expressed nootropic activity:

Piracetam was developed in the mid 60-ies of the XX century biopharmaceutical company UCB Pharmaceutical of Belgium and was originally used to treat motion sickness. Further intensive studies on the pharmacological activity of the drug. Were discovered his ability to facilitate learning, prevent amnesia induced hypoxia, as well as to normalize the EEG after suffering low oxygen in the brain.
Piracetam improves communication between the cerebral hemispheres and the synaptic conductance in its higher structures, restores and stabilizes the consciousness, memory and speech, enhances mental performance, improves cerebral blood flow.

Piracetam has a positive effect on the metabolism of neurons, improve the activity of the Central nervous system. The drug normalizes the intracellular content of adenosine triphosphate and adenosine diphosphate, improving the function of neurons under conditions of oxygen starvation, poisoning or aging of the body. It contributes to the activation of synthesis of nuclear RNA, phospholipids and related enzymes.

Piracetam improves the information transfer between the hemispheres of the brain and strengthens the cortico-subcortical sensory input. Improves integrative brain function, memory, concentration and intellectual abilities in patients with functional and organic disorders of the Central nervous system.
Improving energy processes under the influence of piracetam leads to increased glucose utilization and high-energy compounds in the brain tissue. Increasing the concentration of phosphorus compounds in the brain, the drug normalizes its function after hypoxia and toxic effects of barbiturates. The drug reduces platelet aggregation, and impaired elasticity of red blood cells, improves their ability to change the shape and the passage through the vessels of the brain, shortens the duration of vestibular nystagmus.

Piracetam does not possess antihistaminic, sedative analgesic properties and does not cause unwanted changes in the cardiovascular and respiratory systems. The drug does not accumulate in the body, does not cause drug dependence, does not turn into gamma-aminobutyric acid and does not increase its content in the brain. Piracetam has no psychoactive action.

The quantitative composition of the packaging varied. Russian pharmaceutical company, mainly produce capsules of 20 or 60 pieces. Capsules of Belarus production Packed in an amount of from 10 to 60 pieces, Indian – up to 200 pieces in one pack. The solution is sold by 5, 10 or 20 vials. The number of tablets in one pack often 30 or 60 pieces.

The main active ingredient of the drug piracetam. The excipients depends on the form of the medicine.

Solution for intramuscular and intravenous

The solution for the reception inside

Consequences of ischemic stroke, such as speech disorders, emotional disturbances, to improve motor and mental activity.
Chronic alcoholism – for the treatment psychoorganic and withdrawal syndromes.

The recovery period after cranio-cerebral traumas and intoxications of the brain.

Dizziness and related balance disorders, with the exception of dizziness of vasomotor and psychological origin.

In the complex therapy of low learning in children with psychoorganic syndrome.

In the complex treatment of sickle cell anemia.

Adequate and well-controlled studies of the safety of piracetam during pregnancy has not been conducted. Application is possible only in cases when expected benefit for mother exceeds the potential risk to the fetus.

Piracetam apparently passes into breast milk. If necessary, use during lactation should decide the issue of termination of breastfeeding. In experimental studies in animals have not revealed negative influence of piracetam on the fetus.

From the digestive system: dyspeptic symptoms, abdominal pain – rarely.
From the Central nervous system: nervousness, agitation, irritability, anxiety, sleep disorders, dizziness, headache, tremor, in some cases, weakness, drowsiness – rare.
Other side effects are the increase of sexual activity.
The activating effect of piracetam in some cases may appear such side effects as agitation (hyperkinesis), and sleep disorders.

In case of overdose there gain possible side effects.
First aid – administration of activated charcoal, symptomatic therapy, possible hemodialysis (efficiency 50 – 60 %), a specific antidote is not.

Piracetam should be administered with caution to patients with severe bleeding disorders, the risk of bleeding (e.g. gastric ulcer), impaired haemostasis, patients with surgical interventions including dental procedures in patients taking anticoagulants and antiplatelet agents, including low-dose acetylsalicylic acid.

In the treatment of cortical myoclonia should avoid abrupt cessation of treatment, as this may cause the resumption of seizures.
In the case of sleep disorders instructions for use recommends to cancel an evening reception of piracetam, attaching the dose to day reception.

Application for violations of renal function

Be used with caution in patients with renal insufficiency. It is recommended that continuous monitoring of indicators of renal function. Contraindicated in severe renal failure (when KK<20 ml/min).

Describes the case of interaction of piracetam with the simultaneous use of extract of thyroid gland containing triiodothyronine and tetraiodothyronine when the patient had marked anxiety, irritability and sleep disorders.

While the use of Central nervous system stimulants may increase the psychostimulant actions.

While the use of neuroleptics increased extrapyramidal disorders.

Piracetam is sold by prescription. Drug with the trade name Piracetam made mainly to the pharmaceutical enterprises of Russia and in the Republic of Belarus, and India. Solution for intravenous and intramuscular administration manufactured by a Swiss company MAPICHEM AG. The oral solution produces UCB Pharma (Belgium).

Medicines, the main active ingredient of which is piracetam available under the following trade names:

Piracetam belongs to the group of nootropic drugs with a predominantly cognitive activity. It is a true nootropics. (Cognitive function is the most complex activity of the brain, which occurs due to the process of rational knowledge of the world and the interaction with him.) Structural analogues of piracetam are derivatives of pyrrolidone – racetam:

Some members racetams registered as drugs in some countries or are in the third (penultimate) phase clinical trials.

The therapeutic effects observed when using racetams, quite diverse. Piracetam belongs to the subgroup of drugs primarily used for treating cognitive disorders. Analogues in the therapeutic action of this medication are:

Drugs of this group are also used in the treatment of balance disorders, cortical myoclonia (repeated convulsive twitching of large muscle groups), electoral violations, the ability to master the skills of reading and writing while maintaining the General learning abilities (dyslexia).
Oxiracetam and aniracetam in medical practice not currently used.

The mechanism of action of pramiracetam not fully understood. It is known that the substance increases the activity of neurons and has a high degree of affinity for choline, acting cholinergic brain structures. Pramiracetam improves attention, learning ability, memorization and reproduction material, having fairly pronounced antidepressant effects. The clinical effect of the drug develops not earlier than through 4 – 8 weeks of treatment.

Phenotropil is one of the most promising in terms of therapeutic options in the development of the last decades. In recent years the drug became widely used in neurological practice.

Phenotropil has a pronounced posed anti-amnesic action activates the integrative activity of the brain, helps memory consolidation, improves concentration and mental performance, facilitates learning processes. The drug speeds up the transfer of information between the hemispheres of the brain, increases resistance brain tissue to hypoxia and toxic effects, possesses anticonvulsant activity and anxiolytic activity. The drug regulates the processes of activation and inhibition of the Central nervous system, improves mood.
Indications:

Phenotropil is an effective drug in the treatment of dependence on psychoactive substances. The results of the clinical research evidence a high level of different doses (100, 200, 300 mg) of Phenotropil in the complex treatment of 120 patients with alcohol dependence found that the drug reduces the severity of intellectual-mental disorders, and inhibits dysphoria, motor excitation, and ideational changes in the structure of the syndrome of pathological craving for alcohol. The safety profile of the drug was evaluated as high, it is recommended for use in complex programs of treatment of dependence on alcohol in inpatient and outpatient practice.

Contraindications: hypersensitivity to the drug. With caution should appoint drug patients with severe organic lesions of the liver and kidneys, severe arterial hypertension, with atherosclerosis; patients who have had previous panic attacks, acute psychotic state, accompanied by psychomotor agitation, as well as possibly worsening anxiety, panic, hallucinations and delirium; patients prone to allergic reactions to the nootropic drugs of the pyrrolidone group.

Currently actively studied therapeutic effect of many drugs are designed to correct cognitive disorders. There were anecdotal reports about the effectiveness of amino acid products and some other metabolic means. However, this pilot work was performed on small samples, which does not allow to consider their results quite convincingly.

Table 1 shows the prices on Piracetam in various dosage forms, the prices of analogues of the drug.
Table 1 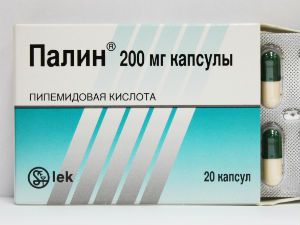 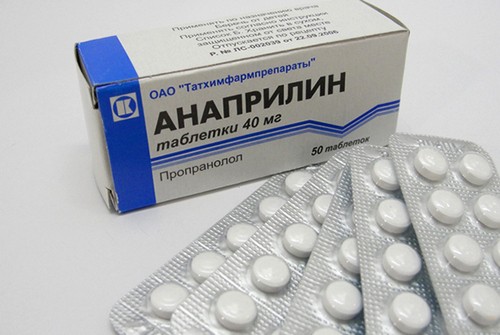