One slide shown during a powerpoint presentation raised the possibility of even tightening restrictions after 18 July, though The Independent has been told “no-one is seriously contemplating this option”.

“In the absence of analysis at street level … and without place of work or ethnicity the data gives no clue as to whether the speculation about workplace, schools or ethnicity may have any part in the prevalence of the virus,” Sir Peter wrote. “It has been convenient to blame these factors, but the truth is that none of us – the government, PHE or the council – know because they haven’t got the data.”

He added that Leicester authorities were also only receiving positive results from recent testing. “Any calculations of rates can therefore only be made using the whole Leicester population number,” he said. “To be useful we need the proportion of tests that are positive in every particular area. We need negative test results if we are to have any context for the positive results.”

Although he acknowledged that testing has “dramatically” increased in the city, he said that the lack of random sampling meant authorities were blind to “how much there is in the city”. He added: “Inevitably, the numbers of positives is affected by who’s putting themselves forward to be tested.”

Given the absence of crucial data and missing details, the government remains “clueless” on whether the city’s outbreak has been effectively brought under control and is therefore unsure how to engineer Leicester’s route out of lockdown, Sir Peter said.

“It’s very clear from the discussions we’ve had over the last few days that the government hasn’t got a clue what constitutes success. What comes next? We don’t know at this moment.”

Relations between the mayor and officials in central government have been tense in recent weeks. A senior government source told The Independent: “His grandstanding and posturing – all from a position from ignorance – is utterly distracting local officials on the ground.

“He’s not only out of his depth but actively hampering the operation. There’s a lot of very clever and busy people wasting their time trying to tell him things he clearly has no ability to understand.”

A Department of Health and Social Care spokesperson said: “All councils in England now have the ability to access testing data, right down to an individual and postcode level.

“PHE has been providing this data to directors of public health in the event of an outbreak so that they can take all necessary action to curb the spread.

“We continue to work closely with local authorities in Leicester to further curb the spread of the virus, so that these necessary restrictions can be removed as soon as possible.”

The government has yet to devise a concrete strategy for Leicester’s route out of its localised lockdown, the city’s mayor has said, amid uncertainty over whether the tightening of restrictions has actually proved effective in combating the city’s outbreak.

Nearly two weeks after the city went back into lockdown, just as restrictions were easing up throughout the rest of England, and Leicester’s mayor says a lack of data and government clarity remains a major impediment to reopening once again.

Sir Peter Soulsby told The Independent that the government “haven’t got any clue of what might be the route out and the thresholds that need to be reached to achieve this”.

A two-hour meeting of more than 90 people from different aspects of government and the civil services was held on Tuesday, during which officials sought to determine the current scale of the outbreak in Leicester and what steps will be taken after next week’s review.

According to additional slides seen by The Independent, the government is drawing from a range of data sources and indicators to aid its review and determine what threshold needs to be reached to ease Leicester’s lockdown.

These include: the seven-day count of confirmed infections; the daily total tests; hospital admissions; a description of known local outbreaks and management; compliance with social distancing (though it is noted that it is “not possible” to measure [this] objectively); and mortality rates, but adds that this indicator is “unlikely to be influenced by current actions”.

Consideration is also given to the “approaches taken in different countries (Germany, Austria)” and the manner in which they have handled their localised outbreaks and lockdowns.

The most recently available figures suggest that the seven-day infection rate has been brought down from 135 to 117 cases per 100,0000 people, though health secretary Matt Hancock said earlier this week that he would not put a number on how far this rate had to fall before the lockdown would be lifted.

His counterpart, Labour’s shadow health secretary Jonathan Ashworth, said officials in Germany use a benchmark of 50 cases of Covid-19 per 100,000.

Speaking from the House of Commons, Mr Hancock replied: “We’re not going to use or give a specific figure because both the level and the rate of change matters.

“If the level were lower but it was going up, that could be a worse situation than a higher level that is under control and falling. So you’ve got to look at both the level and the rate of change.”

However, there are still significant gaps in the data currently being processed and provided by central government to local authorities in Leicester, adding to the picture of uncertainty and confusion surrounding the east Midlands city.

According to a public document written by Sir Peter, the most recent information being passed from Whitehall to local health officials does not disclose the ethnicity, post codes or workplaces of people who fall ill, increasing the difficulty of tracing the spread of the virus.

People gather for the funeral of Dame Vera Lynn in Ditchling, England. During World War II she travelled to the frontlines, including Burma, entertaining British troops and boosting morale. She died on 18 June at her home in West Sussex

Artist Anish Kapoor looks into his sculpture ‘Sky Mirror’ at Houghton Hall, King’s Lynn, ahead of the opening of his largest UK exhibition of outdoor sculptures

A circus performer from the Association of Circus Proprietors in Whitehall, London. The association handed a petition to Downing Street to ask Prime Minister Boris Johnson to allow circuses to reopen

Bamburgh Castle in Northumberland, which re-opened to the public after being closed due to the coronavirus lockdown

A member of bar staff wearing PPE in the form of a face mask, pours drinks inside the The Goldengrove in Stratford

A diver cleans the inside window of the seal tank at Tynemouth Aquarium in North Shields, as it prepares to open on Saturday after further coronavirus lockdown restrictions are lifted in England

Slackliner Sandor Nagy practices on the beach in Boscombe, on the south coast of England

A protest for Justice for Shukri Abdi on Trafalgar Square in London, following a raft of Black Lives Matter protests across the UK

Police at the scene of an incident at the Park Inn Hotel in central Glasgow. Scottish police said armed officers shot dead a man after a suspected stabbing in the city centre left six others injured, including one of their colleagues. Several roads were closed and the surrounding area was cordoned off 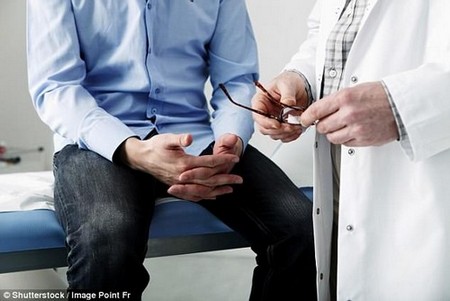 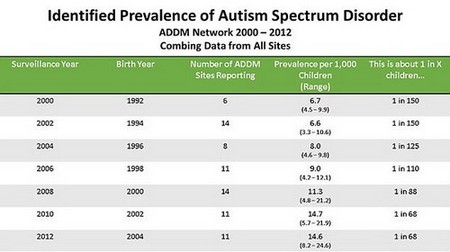