In the presence of open wounds or incisions during surgery often requires subsequent imposition of bandages.

They help smaller traumatize the wound, reduce the risk of contamination of dangerous microbes and dirt, do not give children to disturb the area of the stitches, comb them or rip off the crust. It helps to heal wounds by primary intention – this term refers to the fusion of the edges smooth with virtually no scar or with a delicate hem.

In the applying of bandages, especially if we are talking about bandaging, there are several stages, these include also the treatment of wounds anti-microbial and antiseptic components. Hospital dressings performed in a special Cabinet, but if the wound is not dangerous, often ligation can be performed at home, by parents.

The types of dressings in children

In children in order to close the wound, or fix a limb, uses several types of bandages: For the treatment of small wounds and abrasions, to close them from outside influences, you can apply a band-aid. Today sold in pharmacies adhesive plaster in two types – roll, with a continuous adhesive surface, and bactericidal, the center of which is located a layer of material impregnated with a bactericidal components. Roll usually do not have to tape the edges of the wound and fix the bandage of gauze or other materials. Bactericidal patches used to close small wounds and cuts, scratches.

Smooth edges of the wound to bring the edges, it is possible to use special polymeric patch-clamp. Pre-wounds are treated, then edges between them are reduced and fixed in this position to actively shaped healing.

Change the patch as you impregnate the Central layer or as directed by a physician, for minor wounds, the extent of contamination.

For the immobilization of extremity sprains or fractures are good choices bandages – sterile and non-sterile. For bandaging open wounds, burns or damage it is necessary to use only sterile bandages and gauze bandages. If damaged limbs with suspected sprains, fractures do stretching, to less traumatize the damaged area to a medical examination, shows immobilization bandage. They are imposed through bandages of different widths, and tires (dense improvised structure). Damaged area need to tightly prifessional within the boundaries of the two joints to the bus through the winding of the bandage to completely immobilize the affected part. After that, you must appeal to the emergency room. If the damage is extensive, you should call an ambulance and before her arrival to ensure the child complete immobility.

If the dressing on a wound, you need to handle it is to rinse with hydrogen peroxide, Miramistin or furatsilinom, treat the wound with antiseptics. All procedures should be conducted only clean hands, not touching the surface of the wound and its edges.

All dressings used in the treatment of the wound – only sterile. If the hand is not sterile, use clean, ironed handkerchiefs, pieces of cotton fabric, ironed with a hot iron with steam.

Before bandaging the wound on its surface impose several layers of sterile gauze, the edges should not molochnitsa and go to the threads that they do not fall into the wound. After applying gauze layer of the wound bandage, making it in a circular motion from left to right, the free end of the stick with two fingers, second hand, locking his two turns of the bandage.

In the processing of wounds, it is impossible to impose wool, its fibers stick to the edges, they are then very difficult to remove that will bring about pain and additional discomfort to the child. Be superimposed on top of the open wound, maybe just gauze or special materials.

If the resulting wound is accompanied by bleeding before bandaging it stop. Bleeding can be of three types – blood, with the defeat of arteries of different sizes, venous or capillary.

The overlap of the harness in summer, 30-60 minutes in winter and up to 90 minutes. Directly on the skin or on a piece of paper placed under the harness you need to specify the time overlay, it is extremely important for physicians.

When venous bleeding dark blood flows evenly. You can also stop it tourniquet below the zone of injury. Rules imposing the same, you also need to fix the time when the tourniquet was applied.

Capillary bleeding is usually slight blood oozes evenly from the entire surface of the wound, it is red, it follows without pressure. It can be stopped by pressing a clean cloth or sterile bandage to the wound area for 5-10 minutes.

After stopping the bleeding already starting to treatment of the wound and the dressing, and if necessary, show the child the doctor.

It is important to use only sterile material, which must always be in the Cabinet, if it is to outdoor conditions, for temporary bandage need to use any clean cloth. The larger the size of the wound, the wider and thicker must be bandage. If it’s a small wound, for example a bactericidal adhesive plaster or cotton-gauze bandage small size. The piece of cotton you need to wrap the bandage so that its fibers do not fall into the wound, and lay on top of the wound, prefixgroup wraps of a bandage or plaster. It is able to absorb blood and pus, pus, tissue fluid. Pharmacies today are sold ready cotton-gauze bandage and means for the treatment of wounds of modern materials. When fixing bandage with a bandage is attached not vnatyazhku, rolling on the surface. Originally done fixing the turnover of the bandage, then another, and then the bandage is gradually perebintovany from the center to the periphery, each subsequent half overlaps the previous coil.

What you should know about the armbands?

When the size of the wound less than 2 cm bandaging is not required (if it is not stab and gash). After the treatment you can disguise it with a bactericidal adhesive or a special coating (glue BF, film for the treatment of wounds). It is important that the bandage was from the perforations to the wound breathe and not the IOC, well healed.

Normal wounds treated with a dressing and bandaging, open, unwinding the bandage and exposing the wound. If the material is stuck to the wound, soak it with hydrogen peroxide or with a solution miramistina, furatsilina. It is impossible to remove dried-on bandage with a jerk, it causes pain and violates the integrity of the wound, reducing its healing. 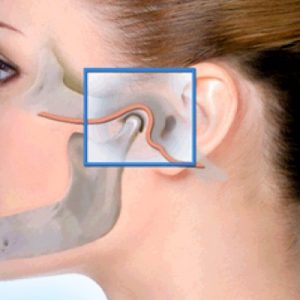 Arthrosis of the temporomandibular joint: symptoms and treatment 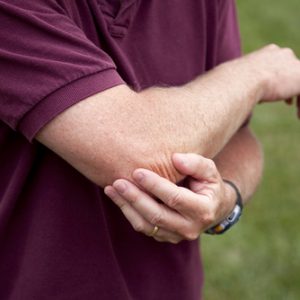 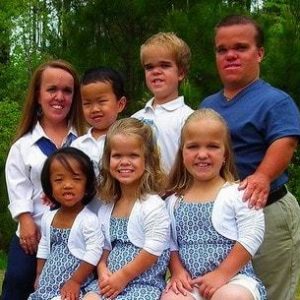 Achondroplasia – what is it? The symptoms and treatment