Today, the priorities of wealthy families have changed significantly compared to what they were before. Parents understand that the most successful investment is a contribution to the education of children, because a good education and excellent knowledge of foreign languages ​​are the key to success in the future.

The nanny can not only look after the child, but also deal with him, for example, in English. Increasingly, parents resort to the services of nannies and teachers who are native English speakers. Teachers from the UK today work in families of various cities of our country – from Nadym to Grozny.

The teacher needs to be selected carefully so as not to regret the choice made in the future. It is best to contact a specialized agency. We asked the head of the English Nanny international agency, Valentin Grogol, to give us the opportunity to talk with one of the mentors, who has been working with English Nanny for five years, about how he is engaged in raising children in Russian families.

My name is Brendan, I’m a UK tutor. Almost all of my family members are teachers, including my grandmother, mother, older brother and three aunts. All of them are teaching in the UK.

I have a diploma in English literature and European cinema, a TEFL certificate (teacher of English as a foreign language). In the past I worked in the legal sector of an insurance company, but at some point I felt that a standard life scheme with work from nine to five depresses me physically and mentally. It so happened that it was at this time that a friend of mine recommended me to try myself as a teacher in a prestigious Moscow school, where he himself taught English at that time. I was never afraid to try something new and agreed.

At first, living and working in Moscow was not easy. Only a few people spoke English at school, and I knew only two words in Russian: yes and no. But, nevertheless, I quickly made contact with the children and easily coped with my duties. I was even recognized as the teacher of the year, which I am very proud of. Toward the end of the school year, I started looking for work for the summer – I wanted to get a job as an educator – a native speaker. It was important to find a reliable agency that has long been on the market and with which there will be no problems. With the help of my friends, I managed to reach just such an agency – English Nanny.

I learned that most of the positions that the agency offers include frequent trips with families, and just thinking about it aroused great interest in me, because who does not like traveling? I was offered to become a mentor for two boys (5 and 9 years old) in Izhevsk. At first, I doubted a little whether it was worth accepting this offer, but then I found out that the agency had been familiar with this family for several years, so I eventually agreed.

By that time, my Russian was an order of magnitude higher, but still did not reach the conversational level. However, this did not stop me from becoming a friend for those two boys. I accompanied them everywhere and helped them in everything from games and joint sports activities to their homework. The boys, whose English was at the zero level when I started studying with me, two years later easily entered an international school in Nice, where the requirements for proficiency in this language were quite high.

For me it was a real reason for pride. During those two years, I accompanied my family to Monaco, Dubai, Nice, and my duties, among other things, consisted in the fact that I taught the boys the rules of etiquette and, of course, constantly spoke English to them. Thus, I managed to “immerse” the children in the tongue, teach them not only to speak it fluently, but also to think in it. When my parents no longer needed me as a teacher for their children, they asked me to become an English teacher for their parents, accompanied to Slovenia and Croatia. A teller from England should not only teach an English child, but also teach him a healthy lifestyle, play sports with him, ski, swim and run. An English tutor in Dubai always makes sure that the child is smeared with sunblock and is in the shade, and also teaches the child how to swim and build a sand castle, similar to Burj al-Arab.

I am infinitely grateful to that family for everything that they have done for me, and I am very glad that their children have succeeded in learning and are now fluent in English. If I were asked what advice I could give to teachers of English as a foreign language who want to find a good job, I would recommend that they take a very serious approach to choosing an agency, since during work a lot of questions arise, from issuing visas to contractual ones obligations. The most important thing is to find an agency you can trust. For example, all the families in which I taught children were matched by an agency.

I taught children in that family until I was offered a new job in Moscow. Having accepted this offer, I began working as an English tutor for two families at the same time: full-time on weekdays in one family and part-time in the evenings in another. Soon, a friend of one of these families suggested that I teach English to his son. I agreed, but very quickly realized that I was sorely lacking time: all the families had a rather tight and besides floating schedule, which was becoming more and more difficult to adapt to, and in the end I decided to stay in only one family, agreeing to sign a full contract employment.

This helped me to understand that it would be better for both the child and the parents, and for me: not to spray, but to concentrate on one family. It also allowed me to spend more time with my wife, with whom we moved from Izhevsk to Moscow. Yes, my wife is Russian, and I am very happy that in Russia I found not only a highly paid and interesting job: it was here that I met my wife.

After some time, I became an English mentor in a family with a four-year-old son. Parents wanted the child to perceive English from an early age. We spent all the time with him: we played, walked, sang songs, I accompanied my family on trips to Spain. All this allowed the boy to achieve fluency in just one year. However, he was soon sent to preparatory school, and I began to miss working hours, and therefore, unfortunately, I was forced to leave this family. English Nanny picked up a replacement for the family, I handed over the affairs, and we stopped cooperation, remaining in a good relationship.

That summer, I was offered the job of a teacher in a Moscow experimental school. In the rather short time that I taught children English in this school, I mastered many educational techniques and honed my skills as an English teacher, and soon after completing work there I found a new one – and again with the help of the agency.

Many people think that in the video the child is from England, but no, he just has an English nanny.

Now my wife and I live in the south of Russia, and I train three boys aged 4 to 13 from a wonderful family. I have been working with them for only 9 months, but already I see great progress, in particular, in terms of language. But we started learning the language from scratch! When the summer is over, I plan to start improving their writing and reading skills, I have already bought books (including, of course, books about Harry Potter). Among the candidates there were four Englishmen and one American, but my father and I immediately realized that we think the same way. Recommendations were very important to him, and he called several families, who were my previous employers, right from the company’s office.

It was very important for me to get to know the employer personally, because at that time I was already married and I had to have very good reasons for moving to another city.

Today, four years after I became an English teacher with the functions of a tutor, I can firmly say that I have found not only my profession, but, more importantly, my vocation. Seeing the excellent results of my students, I cannot but be proud of my achievements. Yes, my work is not easy at all, it requires a lot of skills and ability to concentrate, but I have never experienced such joy and satisfaction from any other business.

I would recommend that all families who would like their children to learn English from childhood think about inviting a real British tutor from London.

A child’s brain is like a sponge. That is why a child learns foreign languages ​​much faster and easier than an adult. The important thing is not to miss the time. After all, the sooner you start, the better the result. And if you speak a child in two languages ​​starting from birth, he will grow into a bilingual, for which two languages ​​will be native.

As for the selection of personnel at the English Nanny agency, we approach this extremely scrupulously. There are many candidates who want to work through our agency, but the selection is so tight that on average out of three hundred possible candidates we are ready to make an offer to only one. We are available all possible ways to check potential employees, and we will use them without fail. It is important for us that parents are calm about who they leave their child with, and we can guarantee this. 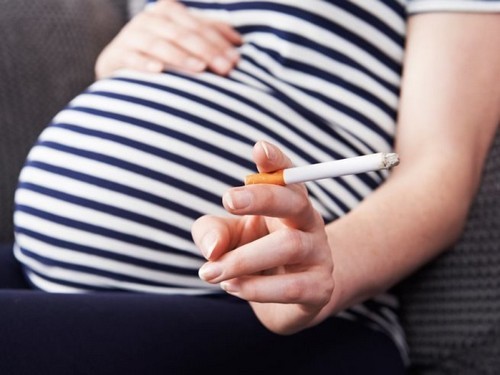 Bad habits that need to be abandoned during pregnancy 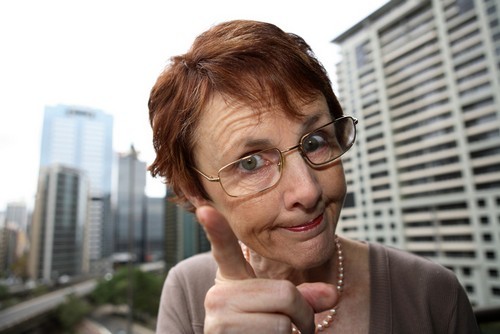 My mom destroys our family! 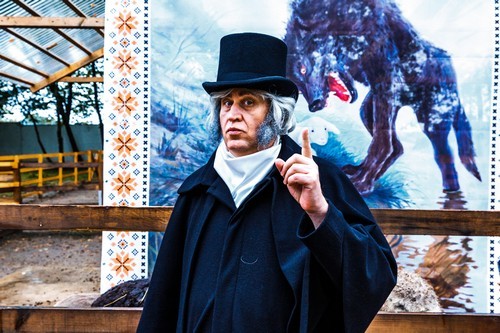 For the first time in Moscow: children’s immersive performance based on fables by I.A. Krylova