Ah, the circle. It’s a workhorse of mathematics: the solution to optimization problems, a source of periodic functions, one of the most perfectly symmetric shapes we can draw, and the habitat for the roots of unity that give this blog its name. But it’s also basic.

When babies and toddlers are learning their shapes, their books – the ones that are made of non-toxic, waterproof materials because they’re being chewed on as much as they’re being read – have circles in them. The circle is up there with the names of letters, numbers, and colors as a formative piece of how they will start to make sense of the world.

Mathematicians often call the circle the 1-dimensional sphere, or S1. It’s defined to be the set of points in the plane that lie exactly 1 unit away from a central point, (0,0), or the origin. (To be more careful, this is the unit circle. In general, a circle can be any size and lie anywhere in the plane.)

We can easily describe it as the set of points (x,y) that satisfy the equation x2+y2=1. You can draw one using a compass (also known as a pair of compasses) or with just a pencil and some string. I think we take the circle for granted because it’s so familiar, but it’s been the site of some important mathematical epiphanies for me, and of course it’s been an important figure in math history.

The sine of the angle α is the ratio of the lengths of the opposite site (labeled in green) to the hypotenuse (labeled in red). Credit: Dnu72, Pengo, Wikimedia (CC BY-SA 3.0)

The unit circle in trigonometry was one of my early mathematical epiphanies. The name trigonometry refers to the study of triangles (which would be called trigons if we named them the way we name most polygons). The functions sine, cosine, tangent, exsecant, and so on all refer to ratios of side lengths of right triangles. If an angle α is less than 90 degrees, you can find its sine by drawing a right triangle with one of the angles equal to α and taking the ratio of the side length of the leg adjacent to alpha to the hypotenuse. If you have an angle that’s greater than 90 degrees, you can still compute the sine of the angle, but you have to base it on a triangle where one angle is 180-α rather than α.

A unit circle as it is used in trigonometry. The sine of the angle t is the y-coordinate of the point where the hypotenuse meets the unit circle, and the cosine of t is the x-coordinate. Credit: Gustavb Wikimedia (CC BY-SA 3.0) Understanding all the relationships between different trig functions and different types of angles is vastly simplified by setting the hypotenuse of all the right triangles equal to 1 and placing them inside a circle. Now you don’t have to worry about anything when you divide the side length by the length of the hypotenuse because the hypotenuse is 1 unit long. You can just read the sine off of the picture! After a few weeks of struggling to remember which trig function was which for which angle in a triangle, learning about and then internalizing the unit circle was huge for me. I could see the relationship between sine and cosine just by visualizing an angle moving along the circle. Understanding that idea made trigonometry feel like so much more than memorizing a list of rules. I’m too afraid of commitment and discomfort to get a tattoo, but the unit circle would be pretty high on the list if I were considering one. A gif illustrating the relationship of sine and cosine as an angle travels around the unit circle. Credit: LucasVB Wikimedia

Then there’s the problem of measuring the length of the unit circle, or the ratio of any circle’s circumference to its diameter, a little constant you just might have heard of called π. As Dave Richeson described in an episode of the My Favorite Theorem podcast, to figure out how long the outside of a circle is, we first have to figure out what we mean by the length of a curved, rather than straight, segment. Many ancient cultures knew good approximations for π, but study of that number itself-getting better bounds on it, determining that it is neither rational or algebraic, and current investigations into whether it is a normal number-has been a long and important journey in mathematics.

But you can read more about circles and π on Pi Day, so we’ll move along. I introduced the unit circle as the 1-dimensional sphere in this post, in part because it sounds fancy and official, and in part because understanding the dimension of a circle is another of those mathematical epiphany moments for me.

First, we are terribly sloppy with the term circle. In the above definition, the circle is just the points that are exactly 1 unit away from (0,0), not all the points within 1 unit of (0,0). When I was a kid, I learned, and you probably did too, that the area of a circle is πr2 where r is the circle’s radius. That formula is actually for the area of the disk, all the points between the origin and the circle, all the points that satisfy x2+y2≤1, and it’s a 2-dimensional object. We sometimes use the word circle to mean both the border and the inside of this space, and then when we want to use the term for only one of those spaces, we generate confusion.

Mathematicians often describe dimension by invoking the idea of an ant living on a surface or thinking about zooming in on the surface. A shape is 1-dimensional if an ant living on it would think it looked like a line, or if a sufficiently zoomed-in version of it would look like a line segment. If looking like a line is too wishy-washy for you, maybe you’d prefer thinking of the ways an ant confined to a circle could move. An ant living on a circle could walk forwards or backwards, but that’s it. There’s only one axis of directions in which the ant could travel. When we travel around on the surface of the earth (we can dig or jump a little, but we’re more or less confined to a 2-sphere), we can travel in combinations of the north-south direction and the east-west direction, so we have two axes that describe the ways we can move.

The circle is probably the simplest example of a mathematical space whose dimension isn’t completely obvious, so thinking through it and really internalizing its 1-dimensionality was for me a key to start thinking about dimension mathematically, from the point of view of the object itself, not the ambient space. Once you’ve gotten that, you can see why the 2-sphere, the shape of the skin of a beach ball, is a fundamentally 2-dimensional space. Then you can start thinking about more complicated surfaces and all the different ways 2-dimensionality can arrange itself in the world. And what about us? We 3-dimensional creatures, mere specks in the grand scheme of things, feel like we live in an endless 3-dimensional space, but could it loop around on itself? What larger structures could our universe have? How could we tell? All of a sudden you’re contemplating the Poincaré conjecture, the most important mathematical breakthrough of the current century to date. And all that starting from a circle! Not bad for a symbol that literally represents the idea of nothingness in our number system.

Read about more of my favorite spaces:
The Cantor Set
Fat Cantor Sets
The Topologist’s Sine Curve
Cantor’s Leaky Tent
The Infinite Earring
The Line with Two Origins
The House with Two Rooms
The Fano Plane
The Torus
The Three-Torus
The Möbius Strip
The Long Line
Space-Filling Curves
The Wallis Sieve
Two Tori Glued along a Slit
The Empty Set
The Menger Sponge
The Connected Sum of Four Hopf Links
Borromean Rings
The Sierpinski Triangle
Lexicographic Ordering on the Unit Square
The SNCF Metric
The Mandelbrot Set
Fatou’s Pancake
The Pseudosphere
The Douady Rabbit
The Poincaré Homology Sphere
The Kovalevskaya Top
A 6-Holed Torus
The Real Projective Plane 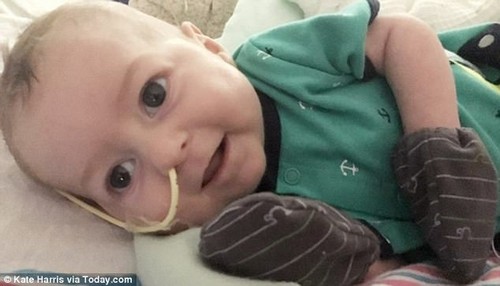 One thought on “A Few of My Favorite Spaces: The 1-Dimensional Sphere”