Fascinating footage today shows the moment a HIV-infected cell sprays the killer virus to try and pass it on during sex. French scientists recorded the groundbreaking clip in the laboratory, and hope it could help create a vaccine against the infection.

A blood cell, coloured as green, is recorded during a brutal collision with a healthy membrane cell, designed to mimic the urethra. When the two cells meet, the HIV-infected one pumps out the virus, which the body then allows through the urethra into the blood stream.

The Paris Descartes University experts said they are ‘very surprised’ by their findings – and they had misunderstood how the virus passes through the urethra membrane. An estimated 36.7 million adults and children worldwide have HIV, including at least 88,800 in the UK and reportedly 1.2 million in the US.

The virus progressively damages the cells in the immune system weakening the body’s ability to fight infections. Without treatment, this leads to AIDs – the collective name for a series of life-threatening infections which the weakened immune system cannot withstand.

HIV – human immunodeficiency virus – is an incurable virus which weakens your immune system meaning it is harder for your body to fight off illnesses.

Virus is hard to target once it becomes dormant

Until the mid 1990s HIV was untreatable and would progress into life-threatening AIDS, but medicine now allows people to lead normal lives with the virus.

Scientists say the virus effectively hides dormant in ‘reservoirs’ in the genitals once it is inside the body, which makes it difficult to target.

Knowing how the virus is carried through healthy cells to infect blood on the other side could help target a drug at the membrane, effectively closing the gate, a researcher said.

The infected cell (green) sprays viruses out into the body like spores, which will go on to try to infect other white blood cells

Health officials say the rate of HIV infection in Europe is growing at an ‘alarming rate’ and, in Africa 100,000 men in Mozambique are to be circumcised to try and stop the spread of the disease

The epithelial cells which transport the virus through the urethra are not infected.

‘We think we know how to kill the virus’

Morgane Bomsel, a molecular biologist at Paris Descartes University said: ‘Once HIV is installed into a reservoir, it makes life very complicated if you want to eradicate the virus.

‘So an aim would be to act extremely early upon infection to avoid this reservoir formation, which is why I think a vaccine active at the mucosa [urethra] is what you would need. Because you can’t wait.

‘We are trying to find ways to purge the reservoir, because we think we know how to kill the virus once we shock the reservoir.

HIV – human immunodeficiency virus – reduces the body’s ability to fight infection. It is most commonly spread through unprotected sex, but also through contaminated needles and breastfeeding. HIV is most prevalent in sub-Saharan Africa, where it still affects millions of people.

If left untreated, HIV can develop into AIDS – acquired immunodeficiency syndrome – which can be fatal. People particularly at risk of HIV are men who have sex with men, Black Africa heterosexuals, and people who share needles or syringes.

Medication can successfully suppress the virus to stop it from spreading, but it cannot completely cure it.

‘It’s a complicated field, but I think it’s important.’

The study and videos were published in the journal Cell Biology. Current treatments for the virus involve making sure it stays dormant, but it can continue to spread if treatment stops.

There were approximately 36.7 million people living with HIV at the end of 2016, the majority of whom were in Africa. The virus is usually transmitted by unprotected sex, but can also be caught from needles or passed from a mother to baby during pregnancy, birth or breastfeeding.

Health authorities in Mozambique have said they will circumcise more than 100,000 men in a bid to try and stop the spread of HIV. Removing the foreskin is thought to reduce the risk of heterosexual men contracting the virus by up to 60 per cent, according to the World Health Organization.

This is because the delicate skin tears easily during sex, making it easier for the virus to be transmitted. The problem is not isolated to Africa however, and health officials revealed last November that Europe’s HIV epidemic is growing at an ‘alarming pace’. 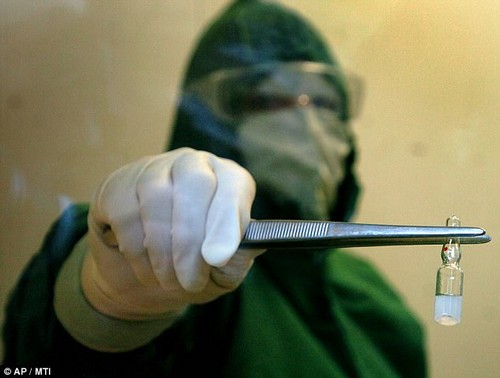 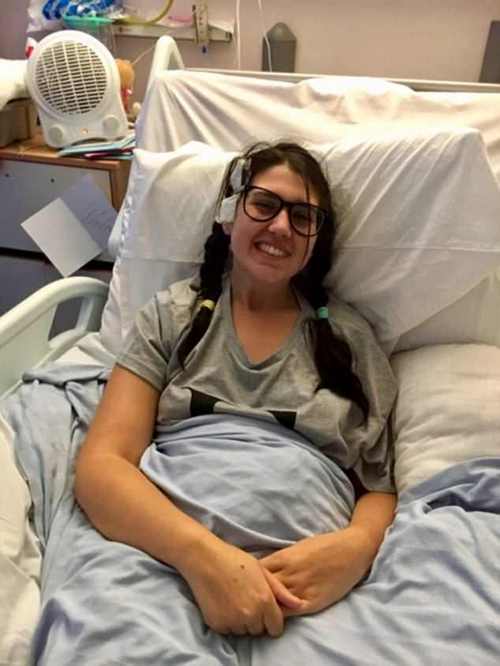