During pregnancy, a woman is responsible for the health of the unborn baby and for her body. Any illness of the expectant mother can negatively affect the child.

The body of pregnant women changes dramatically : there are changes in the hormonal balance, the need for trace elements increases, vulnerability increases, which can affect the condition of the teeth.

Many pregnant women do not want to go to the dentist, believing that treatment will harm the baby. But filling does not harm the unborn baby, and untreated caries can lead to significant problems.

Caries is a complex, slow-moving process in which hard tooth tissues are destroyed. Initially, damage appears on the tooth, at which time the disease can still be stopped.

If caries are ignored, then the tooth is destroyed, the mineral substances that make up the tissues dissolve. In the future, a carious cavity forms, and the disease leads to tooth loss.

According to statistics, 95% of the world’s population have ever suffered from tooth decay.

In countries where the preference is for soft, sweet foods (foods contain an overwhelming amount of carbohydrates), nearly 97% of people have tooth decay. In remote African and Pacific tribes, where people eat natural, often raw foods, caries was recorded in only 2-3%.

A common cause of caries is a violation of the acid-base balance, which occurs due to fermentation (glycolysis) of carbohydrates and the subsequent formation of organic acids. Glycolysis provokes bacteria that accumulate in the mouth. The following factors affecting the development of caries are distinguished: Caries is divided into types, based on the place of its localization:

Among dentists, a classification of caries has been adopted, based on the severity and prevalence of the process:

Diagnosis of the disease
Doctors usually use a dental probe for the initial diagnosis. This tool determines the presence of caries (it can get stuck in the fissure or with it the dentist feels the roughness of the enamel).

Doctors use x-rays to make an accurate diagnosis. The image will show a tooth damage, size and shape of the cavity.

X-ray studies even allow the establishment of latent caries. After diagnosis, the doctor prescribes treatment.

The following symptoms are the main symptoms of caries :

What is the danger (and is it dangerous?) Of caries during pregnancy?

Does caries (and how) affect the course of pregnancy, the health of a woman and the fetus?

During pregnancy and lactation, caries appears much more often, the process of tooth decay proceeds very quickly. Many pregnant women are afraid to go to the dentist, believing that treatment and anesthesia can harm the baby.

Local anesthesia and treatment of a diseased tooth is safe for the fetus! But with treatment, it is worth warning the doctor about his situation. Going to the dentist is recommended during certain periods of pregnancy.

It was once believed that bacteria that cause tooth decay can enter the bloodstream. Through it, they will get to the baby and adversely affect its development. But the likelihood of them getting to the fetus is very low.

Bacteria cannot pass through the placental barrier (this is the ability of viruses). Even if they get to the embryo, they will not survive in its tissues.

But caries during pregnancy should still be treated. It can go into pulpitis or periodontitis.

With these diseases, toxic substances are formed, they enter the woman’s stomach, are absorbed into the bloodstream and disperse throughout the body, and can also reach the embryo.

Constant pain in the affected tooth worsens the general condition of the expectant mother. Painful sensations make eating difficult, increase nervousness. This can negatively affect the condition of the child.

Caries delivers a lot of unpleasant, painful sensations. It can lead not only to complications, but also to tooth loss. During pregnancy, the teeth are destroyed with great speed.

Untreated caries may mean that a woman will have to remove damaged teeth in the near future, since they will no longer be treated.

Caries is dangerous for the expectant mother (as well as for the fetus) with possible complications that cause severe pain. Pulpitis and periodontitis will have to be treated for a long time at the dentist. Treatment of caries in the first trimester of pregnancy is undesirable. If a woman does not feel severe pain, then it is better to postpone the trip to the dentist until the second trimester.

If a pregnant woman is bothered by severe toothache associated with a complication of caries – periodontitis or pulpitis, then you should consult a dentist. But you need to warn the doctor about pregnancy.

In the first 12 weeks, all the vital organs of the unborn baby are laid. Treatment for tooth decay can trigger spontaneous abortion.

In the first trimester, two adverse periods for treatment are distinguished:

The second trimester – this period of pregnancy is called “fetal”. At this time, the child is growing rapidly. The likelihood of adverse effects of dental treatment on fetal development is significantly reduced.

Do not forget that when treating teeth, antibiotics and other drugs can be used. Their use should be minimized.

Experienced doctors use medicines that are approved for pregnant women.

In the third trimester, the fetus becomes large enough, it presses on the aorta. Therefore, in the dental chair you need to lie, dodging to the left side, at a slight angle.

If a woman lies in a chair for a long time, in the usual position, then she may lose consciousness, as the fetus transfers to the aorta.

During any trimester of pregnancy, you can not do an x-ray of teeth! This will negatively affect the fetus! The main measures for the prevention of caries:

Women are advised to take care of their teeth in advance, even at the stage of pregnancy planning. This will help them avoid future problems associated with the treatment of caries, being in an interesting position. 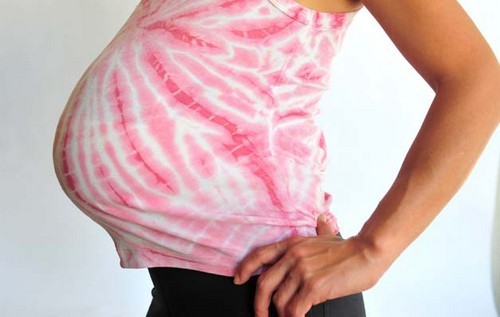 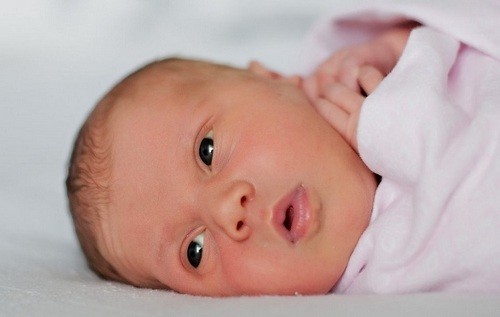 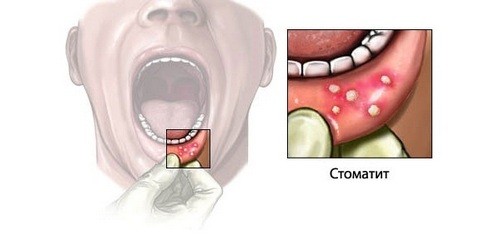