Fear of childbirth is experienced by all women, without exception. Some are panicky afraid of pain, others are very worried that everything went smoothly, while others fear for the health of the unborn baby. And it doesn’t matter if the first is a child, the second or fifth .

In any case, anxiety is a normal occurrence; it would be strange if such a significant event in a woman’s life would not cause her any excitement. Moreover, during pregnancy, the already pronounced female emotionality is significantly enhanced.  In addition, pregnant women become very superstitious, starting to believe in dubious folk signs.

All fears of childbirth can be conditionally divided into two large groups: fear of something to harm yourself and or the unborn baby during pregnancy, and fear of the birth itself. Let’s take a closer look at our women’s “I’m afraid” and try to shed a drop of “sedative” on each of them.

I’m afraid to get a haircut and paint

It used to be that pregnant women should never get a haircut (there was no talk about painting then). This sign goes back centuries, when hair was of vital importance for a person (after all, in a sense, this is our “coat” that saves us from the cold). Our ancestors intuitively felt that hair has the ability to accumulate information (which is confirmed by modern high-tech devices). They endowed the hair with mysterious power, believed that the vital energy of a person was concentrated in them. Therefore, they used to be very careful about haircuts in the old days, and pregnant women were completely forbidden to do them so as not to damage the health of their unborn child.

Those days are long gone, but the fear of an ancient sign is still alive. The question “can I get a haircut during pregnancy”, asked a doctor, will most likely cause a mocking smile. We live in a modern world in which there should be no place for superstition, and besides, the Orthodox Church very much condemns them (the word “superstition” is interpreted as a vain, vain faith). A haircut for pregnant women can do no harm. But its direct consequences – a good mood and confidence in its attractiveness – will greatly benefit.

Tip : It is probably best for very impressionable and suspicious women not to have a haircut during pregnancy. Not because she can hurt something, but only so that the woman is not tormented by doubts – what if the sign will work? But if the psyche is healthy and stable, then there can be no doubt – you can and should get a haircut. Another question is hair coloring, when a chemical drug, one way or another, penetrates the body. Without special need for painting, it is better not to do it.

I’m afraid to sleep with my husband

Another common fear based on a lack of knowledge about physiology. Yes, to some extent, pregnant women should be careful during intimacy, especially in the first, second and ninth months. Sex is contraindicated if there is a real threat of miscarriage or premature birth that the doctor diagnosed. In other cases, do not worry, especially for a baby who is reliably protected by amniotic fluid and the fetal bladder. Having sex is a very good preparation of the female body for childbirth. Firstly, hormones are released that contribute to the normal course of pregnancy and uterine contractions (oxytocin, prostaglandins), and the so-called “hormones of happiness” – endorphins, which have a general positive effect on the course of pregnancy. Do not forget that these hormones “delight” the child. Secondly, successful sex, accompanied by a female orgasm, relieves emotional stress, relaxes and charges a woman with a positive.

And physiological unloading allows you to forget about stagnation in the pelvic area. Thirdly, during lovemaking, metabolic processes in the body intensify, contributing to the elimination of harmful substances, which, in turn, reduces the manifestations of toxicosis or gestosis. A small bonus to the above is the lack of contraceptives, because there is nothing to worry about.

Tip : As with any physical activity, it’s important not to overdo it; you should not arrange a sexual marathon. Now is not the time for experimentation and the search for diversity; pregnancy is a time of calm love and harmony. And let no one bother that the baby can feel everything, in this case the third is not at all superfluous. Parents can do whatever they want, because a happy mother is a healthy baby.

More about sex in the last days of pregnancy?

I’m very afraid to give birth

Fear of pain is one of the most powerful human fears, and it is not without reason that sophisticated tortures of all times and peoples are based on it. With the pain of childbirth, Eve, the first woman on Earth, was punished for her fall. The image of “a woman in the throes of giving birth to her child” is also familiar to us from various books and films. As a result, terrible pain is perceived as something obligatory, without which it is impossible to produce a child.

Undoubtedly, childbirth is a very, very painful process. But is this pain unbearable? Each person has his own threshold of sensitivity – that for one it is impossible to endure, then the other endures quite easily.

The second child is usually born faster and easier than the firstborn. But, even theoretically knowing about it, many women are very afraid to give birth just the second time. On the one hand, they remember how painful it was last time, on the other, they are afraid that now things may not go so smoothly. Women who give birth a second time themselves after the previous cesarean section are very worried.

Tip: Now there are many various preparatory courses where they will teach you how to breathe correctly during certain periods of labor and take poses that relieve pain. Do not neglect breathing exercises, they must be done. It is equally important to learn how to relax. Even a banal injection in the ass is perceived differently, depending on whether the muscles are clamped. During childbirth, the ability to relax can bring significant “pain relief”. The fight must be let in, as it were, without trying to evade it, then the painful sensations will become much weaker. And, of course, a positive attitude can do real miracles, to the point that some mothers even begin to enjoy the process. So instead of the thought “I’m very afraid to give birth”, which is corroding the psyche, it’s better to inspire yourself with something pleasant,

I’m afraid to ruin the figure

During pregnancy, a natural weight gain occurs (on average 6-12 kg), a significant part of which goes away during childbirth, along with the waters, the baby and the child’s place. The remaining “surplus” usually goes away without problems on their own within a month or two. But, unfortunately, not everyone is lucky, and some women are forced to fight for the restoration of their former shape. Especially hard is the volume in the waist and abdomen. But this is not a sentence for a figure at all – that which is quickly typed, just as quickly and collapses, you only need to work a little. The formula for success is simple and well-known – eat less and move more.

Tip : While the baby is breast-fed, mother by and large does not belong to herself, and now is not the time to do something cardinal for the figure. A nursing mother eats not only for herself, but also for the baby. So the desire for an ideal figure along with diets will have to be postponed until later. But no one forbids doing various exercises during feeding, moderate physical activity will only benefit both health and body.

I’m afraid to give birth to a sick child

The holiest thing for all mothers without exception is the health of the child. Therefore, the fear of having a baby with any deviation is one of the most common. Anxious feelings are compounded by an understanding of the impossibility of influencing the course of events. Life and human health, unfortunately, too often depend on a set of accidents. Just as a brick can fall at any time on the head of a healthy person, a strong, perfectly healthy baby can suffer during childbirth. Or vice versa – a weak, premature baby is born, and after only some six months briskly catches up with their peers. The most attentive and caring, fulfilling all the recommendations of doctors, a pregnant woman is not safe from the birth of a sick child, and completely healthy children can be born in the families of downcast alcoholics. As the saying goes, all the will of God.

But this is not a reason for pessimism. Check out the statistics. The proportion of children born with abnormalities is so small that you should not bother with this. Trying on a variety of diagnoses for yourself and your unborn child is just a crime, because our thoughts are material. They say what happens to us is what we are most afraid of. You need to understand that the fear of giving birth to a sick child is a completely normal occurrence, but to focus on it is not normal. And even if the child has any deviations from the norm, this is not the end of the world. Thanks to modern medicine, now we can help early diagnosis, the use of various “smart” medical equipment and new effective procedures (another question is that sometimes all this can be obtained only for a lot of money, but this is already a different story…)

Tip : Solve problems as they become available. Making up the bad is the last thing. The baby must be expected with joy, and negative information should be avoided whenever possible. 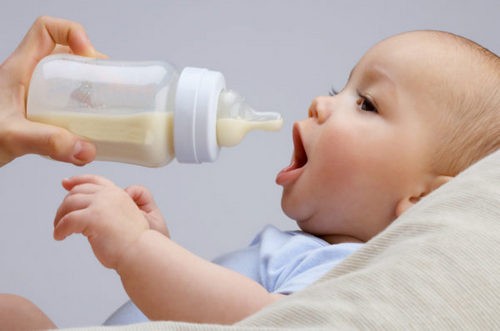 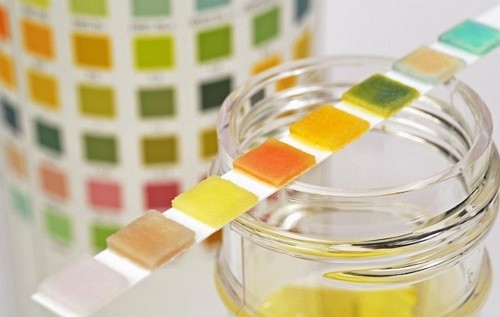 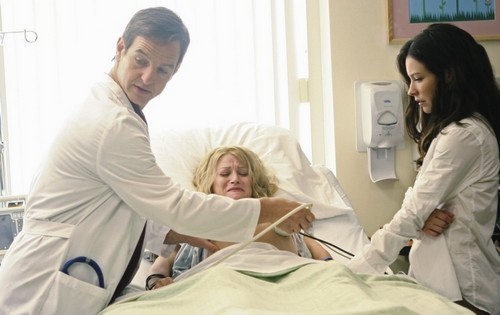 I’m not afraid of birth pain