The baby spends the first week of his life a significant part of his time in a dream. Thus, adaptation to new living conditions takes place. Starting from the second week, waking periods are lengthened.

By the end of the first month, the baby already focuses her eyes on a bright toy, listens to conversations and tries to make the first sounds. He distinguishes the mother’s voice: when he heard his mother’s speech, he rejoices that he is manifested by active movements of his legs and arms.

Four weeks have passed since the birth of your child – a whole month of a new life filled with care and love. You are already accustomed to sleepless nights, have studied the nature of your baby, strongly attached to him. Time goes by, the child grows, he has already adapted to extrauterine life, and his body is accustomed to a new “role”.

And now you are not concerned about the course of pregnancy and the upcoming birth, but about how the newborn should develop in 1 month, what is considered normal and what is not.

At that moment when the child is born, his body undergoes tremendous changes – the lungs open, they begin to independently supply the body with oxygen. The circulatory system also begins an independent “work” on blood circulation, in which, by the way, changes have also occurred – red blood cells belonging to the fruit type of hemoglobin are destroyed, the blood is completely renewed.

And the digestive and endocrine systems began to master a new “duty” – now they must protect the body from bacteria that they did not have to face in uterine life.

All these postpartum processes lead to great stress on the body, as a result of which the child in the first week of his life can lose up to 15% of the weight – this phenomenon is considered natural. After a week, the situation should normalize and the baby will begin an active weight gain – a newborn baby in 1 month should gain about 800 – 1000 g. And his height will increase by 4 – 7 cm. As soon as the baby is one month old, it is necessary to visit the local pediatrician doctor who examines the child comprehensively – measures weight and height, prescribes tests. In a month, newborns are vaccinated + ultrasound of internal organs. It is also recommended to go through a surgeon and a neurologist who will identify pathologies (if any) and prescribe appropriate treatment.

Sleep in the life of a newborn takes a lot of time – almost 20 hours a day. During this time, his body does a great job – it adapts to extrauterine life.

Two phases of the sleep of the newborn are divided:

In the first case, the child is completely relaxed, his breathing is calm and uniform. In the second case, the baby has a confused breathing, while he can twitch the arms and legs.

The pose in which the babies sleep during this period is as follows: lying on their backs, they bend their arms at the elbows and press their breasts. The legs also involuntarily bend at the knees and move apart to the sides.

The waking time in a baby takes about 4 – 5 hours. But even at this time he can doze, for example, during feeding. Feeding is one of the important processes in the life of a newborn. His digestive system begins to tune in a new way, as a result of which young mothers are faced with such a problem as the appearance of colic in the baby, cramping and bloating. Therefore, if the baby, who is 1 month old, is on artificial feeding, it is worth more carefully approaching the choice of milk formula. High cost does not always mean quality. Sometimes cheap infant formula is much better suited to the child than expensive – they do not cause discomfort in the stomach and do not disrupt the intestines.

However, it is worth noting that there is nothing better than breast milk for a newborn. No milk formula will replace it. Mother’s milk contains a huge amount of substances and microelements, which not only contribute to the normalization of the digestive system, but also increase immunity, which subsequently will have a beneficial effect on the baby’s health.

According to the recommendations of doctors, the number of feeds per day should not exceed 6 – 7 times. That is, you need to feed the newborn every 3 to 3.5 hours, while the night break between meals should be 5 to 6 hours. Thus, the young mother will form the regimen of her baby’s day, which in the future will affect the psychological and physiological development of the baby.

However, there are often such babies who cannot stand the break between feedings – they feel a strong feeling of hunger, which they report with crying and movements (a hungry child opens his mouth and tries to grab onto her mother’s nipple). In this case, it is necessary to feed the newborn as needed, so feeding will occur approximately 10 to 12 times per day. But there is nothing to worry about. In the future, when complementary foods are introduced, the number of feedings will decrease and it will be possible to normalize the regimen of the day of the baby.
After feeding, you do not need to immediately put the baby in bed. It must be reproached with a “column” in order for it to burp and release all the air that got into his body along with milk.

The level of psychological development of a newborn in 1 month of life is measured by reflex movements, some of which will remain with him forever, and some will disappear as they grow older.

The main reflexes of the first month of life, which indicate the normal psychological development of the child :

The sucking reflex is the most important reflex for life support. Its presence can be easily detected – the baby needs to be attached to the chest or give him a pacifier. If he begins rhythmic sucking movements – then everything is in order.

The proboscis reflex – as well as the sucking one, is the most important reflex for full life support. It disappears in about 2 to 3 months. It is checked by light and jerky finger touches to the baby’s lips. In the presence of a reflex, the newborn will stretch out its lips like a “proboscis.”

Support reflex – this reflex is very important, since its presence shows the normal formation of the musculoskeletal system. Checking it is also very easy – you need to take the baby and in an upright position “put” it on a hard surface so that its feet touch it. When the baby feels support, his natural reaction will be straightening his legs. If you slightly change the center of gravity, that is, slightly tilt the child forward or backward, he will imitate walking.

The Bauer reflex is also one of the main indicators of the normal development of the child. It is checked as follows :

Reflex Babkin – he is also called the palm-mouth reflex. It is checked by pressing the fingertips on the baby’s palm. The child should turn his head towards the stimulus.

Protective reflex – its presence is also very important for a newborn in the first month of his life. It is checked by shifting the baby from the back to the stomach. The child must independently turn the head so that nothing interferes with his breathing.

When examining a child, doctors check other vital reflexes, most of which already disappear before one year. Others transform from reflexes to conscious movements. In a month, newborn babies are already beginning to actively jerk their legs and arms. If they are put on the tummy, they begin to turn their heads. And some even manage to pick it up and look around.

During this period of time, it is very important that the newly made parents help the baby’s muscles develop. To do this, during the wakefulness of the child, it is necessary to shift from the back to the side, put it on the tummy, make light strokes of the back, legs and arms. Stroking will help not only muscle development, but also to feel the baby’s body.

It is worth noting that children who are not swaddled tightly in diapers from birth begin to walk and talk faster and have increased appetite. Also, such babies have increased activity. Binding diaper movements prevent the baby from fully developing.

Even at the age of one month, babies are already actively starting to play. They listen to the sounds, look at their pens.

As toys for the baby, you can use rattles and bells that make various sounds. The main thing is that these sounds should not be too loud, as the baby may be frightened of them and will not like playing with such objects.

Since a month-old baby begins to actively pull with arms and legs, during wakefulness, you can attach small bells to them or wear ringing bracelets. Thus, the baby learns not only to respond to sounds, but also to distinguish their nature.

Also in this period of life, you can begin to develop finger motility. To do this, give the child a small object, preferably with an uneven surface. So he will learn to recognize the shape of objects and their texture. Naturally, at this moment, an adult should be next to him, since the child can reach with the handle in which the object reaches the mouth and swallow it.

What does the baby feel, hear and understand?

By the end of the first month, the child begins to react with the “revitalization” reflex, that is, with each adult approaching him, he begins to jerk his arms and legs, smile, snort or try to babble.

The child already clearly hears all sounds, but he still does not succeed in comparing them with faces. He can distinguish his mother by smell, and also respond to her mood – frown or smile in response.

A calm and gentle voice can calm a child, and increased and quick speech can cause him indignation, which can be accompanied by a quick twitching of arms and legs or crying.

Doctors recommend that the child include calm classical music for about ten minutes. But some children get very tired of her and begin to act up. Therefore, if you have any instrument, and you know how to play it, play your child something. If this is not your baby’s liking, try singing him a lullaby or reading fairy tales. The main thing is that the song or stories should be calm and have a beneficial effect on the psychological development of the child.

During this period, it is very important to communicate more with the baby. Talk with him as an adult who currently has a need for new experiences, touch his legs and arms, stroke his back and tummy. All this will help you establish contact with the baby – with you, he will feel protected. 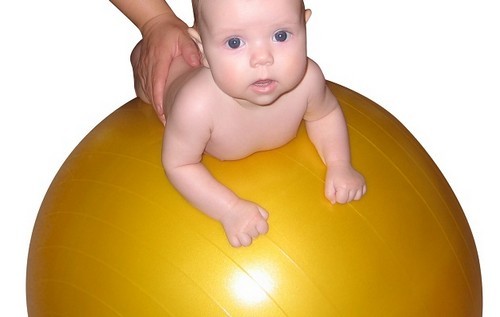 Funny instagram where parents publish photos of “before” and “after” 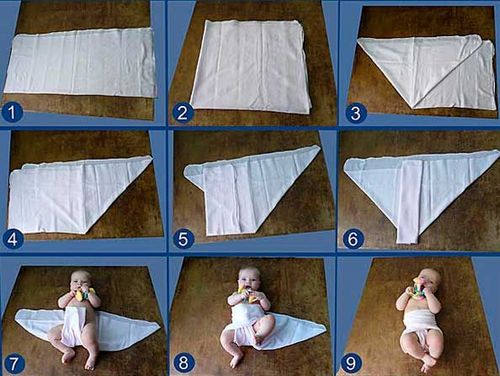 The history of diapers for newborns