President Donald Trump recently introduced immigration reforms that would prioritize education and employment qualifications over family connections in selecting immigrants. The reforms speak to those who feel threatened by what they perceive as a changing America.

But according to a new study led by researchers at Princeton University and the University of Oxford, those insecurities are unwarranted. The study shows that, with time, people can adapt to societal diversity and actually benefit from it.

“If you give people who are different from you half a chance, they will integrate into society pretty well. It is when you purposefully push them out, or erect barriers against them, that problems are introduced,” said Dr. Douglas Massey, Henry G. Bryant Professor of Sociology and Public Affairs at Princeton University’s Woodrow Wilson School of Public and International Affairs.

“It’s important for our political leaders to set the right tone, so proper integration can occur.”

For the new study, researchers examined 22 years of psychological, sociological, and demographic data from multiple waves of the World Values Survey, the European Social Survey and the Latino Barometer Survey. The three surveys included more than 338,000 respondents interviewed in more than 100 countries.

The researchers combined various measures of life satisfaction, happiness, and health to create a “quality of life index” for respondents to each survey. They then examined the association between this index and religious diversity. 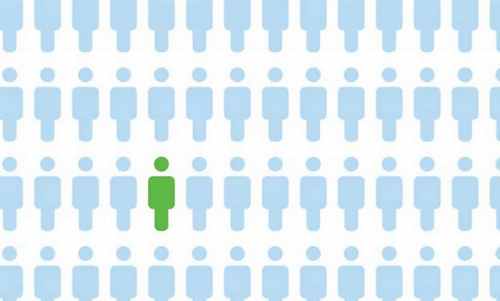 “Religion is a convenient way to look at the issue of social diversity,” Massey said.

Although religious diversity was negatively associated with quality of life among individuals in the short run, it bore no association with the quality of life across countries in the long run, a finding that was confirmed in each dataset, according to the study’s findings.

The European Social Survey not only allowed the researchers to measure religious diversity and quality of life, it also permitted them to assess social trust and intergroup contact. According to the researchers, these additional measures allowed them to perform a “mediation analysis” that considered both the direct and indirect effects of religious diversity on quality of life.

These findings have important policy implications, especially for immigration reform, according to the researchers.

Whenever people feel insecure for economic reasons and society is also changing around them, it becomes tempting for politicians to blame immigrants for these feelings of insecurity when this is not really the case, the researchers said. It is up to political leaders to set the right tone and message to counteract distrust in the short term so as to encourage integration in the long run, Massey said.

“When it comes to immigrants, political leaders and others have a choice. They can either mobilize sentiments of fear or cultivate feelings of acceptance. It can be tempting for demagogues to mobilize fears for their own political gain, but this is rarely in the best interests of society,” Massey said.

Lost Wallets With Lots of Money More Likely to Be Returned