The virus can assert itself with oncological pathologies, severe immunodeficiencies, or for pregnant women, as one of the possible factors affecting the fetus in utero. Therefore, cmvi carriage in women of childbearing age today are paying much attention, examining them in front of the planning of TORCH complex infections

Cytomegalovirus infection refers to a group of herpes viruses, the most common among the inhabitants of our planet. Most people don’t know about the carriers of the virus in your body, as the pathology has a latent period, without giving any manifestations on the background of a strong immune system.

The virus belongs to DNA-containing large particles, belongs to the family of herpes. Has the shape of a sphere with a double shell on the surface of many protuberances, like spikes, which are necessary for attachment to cells and introduction inside them. After entering the cell the virus can long-hidden dwelling inside it, but when you create special conditions, without inhibition by the immune system, is reactivated.

It is dormant embedded in the cells of the human body, and accordingly it is propagated together with the division of these cells. Any affects cells and tissues, but predominantly in the endothelium, epithelium and fibroblasts (salivary glands, lymphocytes, neural tissue). If there is a virus to detect it can the formation of specific cell types cytomegalo, it’s a giant circular cage, similar to the owl eyes. The virus can actively stand out with the saliva and other body fluids, is parasitic within the cells, whereby it is difficult to get drugs, it affects both men and women, children and the elderly, is widespread. Features of infection in pregnancy

Cytomegalovirus is transmitted in different ways – contact-household, as all other types of herpes, which is airborne or during sexual intercourse. Often the source of infection can serve as an apparently perfectly healthy person, the virus.

This forms the highest stratum among the population infected, up to 90% of the urban population and 70% rural to adult age are infected with this virus. Up to half of school-age children born healthy, are carriers of the infection.

Of particular importance is the vertical transmission of the virus from mother to fetus in utero or during childbirth. The virus can penetrate the placental barrier at any time, which could threaten the congenital cytomegalovirus.

The passage of the baby through the birth canal of the mother, infected the virus is also dangerous, there is evidence of possible contamination during breast feeding. But not all babies familiarity with the virus is implemented in a full-fledged infection.

Most women have noted a latent infection course, it can be detected only when targeted on finding antibodies to cpsi the examination during the planning or already during pregnancy, in the presence of infertility.

To become active and to harm the mother the virus can only on the background of pronounced immunodeficiency in rare cases reactivation occurs during pregnancy, if it flows with complications. To completely remove the virus from the body at this time, there are only ways of its suppression and the transition in the latent form.

What is dangerous for pregnant women cytomegalovirus

The formation of cmwi during pregnancy can be in two versions:

The severity of symptoms, which arise on the background of the development of infection depends on the General condition of the organism and the functional activity of the immune system. They affect the speed with which will multiply the virus and what cells it can affect. Acute infection during the period of gestation may manifest themselves in the form of febrile seizures and intoxication syndrome, and lesions of the salivary glands – the submandibular and parotid group, may be the liver, kidney and lung tissue. In addition, the appearance of mucous discharge from the nose, on the background of other symptoms leads to a false diagnosis of SARS, and is not treated with the necessary drugs. May cause vaginitis, with the intensification of vaginal discharge with a white or bluish shade, low viscosity and large volume. Such manifestations of cytomegalovirus on the background of gestation can testify in favor of the destruction of the vaginal epithelium, but they are not dangerous for the woman or her child.

Perhaps the defeat of cmvi internal organs, including genitals. Then, it can create a real threat for further gestation. Increased risks of miscarriage and low birth-weight baby, as well as in the early stages, fading pregnancy and miscarriage. There is also the threat of increased uterine tone with premature detachment of the placenta, what will happen to the child in utero death.

Dangerous, among other things, cmwi-the defeat of the placenta, which may form cysts and early areas of aging, calcification. In the early stages of pregnancy, infection of fetal membranes and placenta threatens the anomalies of its development and its intimate attachment to the uterine wall, which will then require removal of the body in order to save lives and prevent bleeding after childbirth.

The consequences of CMV to the fetus

The identification of cmvi, the expectant mother can be a source of risk for the child developing in the womb. It infection during the period of gestation is a risk of formation of congenital cytomegalovirus and serious consequences for life and health. This virus belongs to the group of TORCH-infections, specific pathogens, which it is desirable to know prior to conception.

On the basis of pregnancy, newborns may experience symptoms of congenital then, cpsi and problems with embryonic development defects and abnormalities, and signs of chronic lesions of most internal organs.

Often the baby is born before term, premature and immature, but perhaps the initial lack of symptoms. Gradually the symptoms of certain bodies appear in the first six months of life. During pregnancy or childbirth is formed of intrauterine cytomegalovirus.

Who need examination for cpsi during pregnancy?

If a woman without immunodeficiency is the presence of cytomegalovirus, it is not dangerous to life and health. Therefore, all people without exception on this infection isn’t treated. It is important to be examined and to detect the presence of cmvi women who had problems with pregnancy and childbearing earlier if there were miscarriages or stillbirths. Also shown is the survey of couples with infertility, preparing for IVF, or use of other assistive technologies of conception. Shows a survey of women with chronic inflammatory processes of the urogenital tract, as well as to those mothers whose children were born with signs of intrauterine infection. It is important to examine women with symptoms of immunodeficiency and those who are preparing to donors.

Today tests for TORCH-infections in the planning cycle pregnancy pass all women. For detection of antibodies and the degree of activity of certain infections can conduct a series of measures aimed at reducing the risk of having an affected child.

As diagnosed in pregnant women?

As for cytomegalovirus does not have the typical manifestations during the period of gestation, clinical diagnosis is impossible, so in the first place come exclusively laboratory methods.

To date, applicable techniques such as:

By far the most simple and accessible the method of ELISA, with which has virtually no restrictions on age and health status. It is performed several times by determining the increase in antibody titer and the activity phase of the process, the duration of infection.

Screening for cytomegalovirus during pregnancy: normal and decoding

Determine the titer of antibodies of class IgM and IgG, they are produced in response to fresh infection or with prolonged persistence of infection.

Appreciate a certain ratio of antibodies of each class and their level of growth in the dynamics:

It is important to the definition and limitation of the infection, against the backdrop of the sufficient titer of Ig G antibodies, reactivation is not dangerous to the fetus, the virus will be constrained by the existing antibodies. The risk of fetal destruction of a fetus does not exceed 3-4%. If the infection is fresh, there is no antibody in this class, the risk of the fetus can be increased to 60%. It is connected with lack of restraint memory antibodies, which are responsible for the suppression of the activity of the virus in the body.

In carriers of CMV in pregnancy risks to the fetus is minimal, this is a pre-existing infection, but the pathogen to date, is not active. In this state the pregnancy is most beneficial for both.

Tactics against cmwi during pregnancy depends on the activity of the infection, duration of infection and women the immune status. If infection occurred prior to conception or during first trimester, doctors take a wait and see stance, actively observed the development of the embryo, and the data about gross defects will be cause for interruption of pregnancy for medical reasons. It is carried out only with the consent of the woman. Confirm the problem with the amniocentesis to take amniotic fluid for analysis.

Treat, cmwi during pregnancy when fresh infection or reactivation of the virus according to the analysis with the use of vitamin and immunomodulatory drugs, as well as antiviral therapy. Can be shown the use of interferons and immunoglobulins. The status of the fetus and the mother’s estimate of the dynamics of the ultrasound data and common indicators. 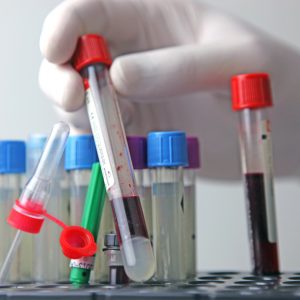 Diagnosis of syphilis: tests and their meanings 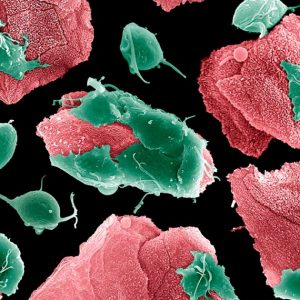 Diagnosis of hepatitis C: tests and their meanings