West Hertfordshire Hospitals NHS Trust and its provider Mitie, a British facility management company, have refused to provide full sick pay for outsourced ancillary staff since 1 October 2020 after the government withdrew strict guidance on the maintenance of payments to suppliers.

Cleaners, porters and kitchen staff at a number of London hospitals are being denied full sick pay for Covid-related absences due to an ongoing dispute between an NHS trust and one of its private contractors, The Independent can reveal.

Those who have fallen ill with Covid-19 throughout the current winter wave have been forced to stay at home on a third of their usual pay – often for two or more weeks at a time.

In some instances, cleaners and porters have returned to work before their self-isolation period is over – and while still ill – due to financial hardships, The Independent has been told.

Two West Herts sources also claim that management at Mitie, which was named a top 50 inclusive UK employer last month, have pressured supply staff to carry on working when potentially infected with Covid-19.

“Even when people are going off with suspected Covid, they’re being told by managers it’s probably not Covid. ‘Just stay at work. Don’t go off.’ Mitie management have been saying this,” one of the sources claimed. 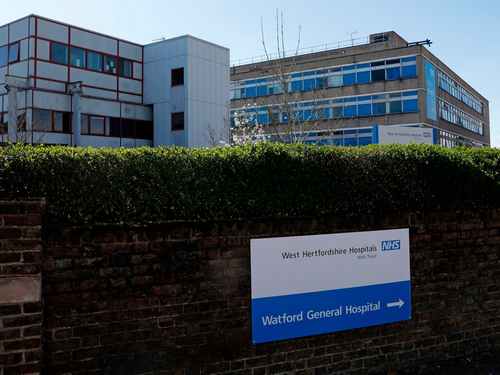 Labour has called for an investigation into the case, adding that it “sums up the indifference government and those companies that specialise in outsourcing have to the health and welfare of the lowest paid”.

More than 400 outsourced staff across Watford General Hospital, St Albans City Hospital and Hemel Hempstead Hospital – all run by West Herts – work on the Mitie contract, which is worth £55m. Out of these, roughly 70 people are believed to have been unable to access full sick pay after falling ill with Covid.

Since March 2020, NHS Employers guidance has stated that all staff, including subcontractors “who have to be physically present at an NHS facility to carry out their duties”, must be given full sick pay as an “essential” matter of infection control.

And in a letter sent to all trusts at the beginning of the crisis, the chief executive of NHS England said that the Treasury would help to provide “payments for bank or sub-contractor staff to ensure all sickness absence is covered”.

However, both West Herts and Mitie are currently refusing to cover such costs, leaving cleaners and porters struggling on statutory sick pay, after the government told all public bodies in September that it would be withdrawing its supplier relief instructions.

This is official guidance that urges local authorities, such as NHS trusts, to ensure suppliers are paid for any additional costs incurred from the Covid-19 crisis. It also explains how these bodies can maintain cash flow to their contractors.

To help cover full sick pay for supply staff, NHS trusts had been able to access top-up funding via NHS Improvement – though this centralised pot of money has now been cut, according to a Whitehall source.

Despite the huge surge in cases and deaths recorded this winter, no new supplier relief instructions have been issued from the government, which says that “any future payments to suppliers for additional [Covid] costs will be at the discretion of the local contract holder”.

As a result, the decision was taken at West Herts to end full sick pay for outsourced staff such as cleaners and porters. The trust said it had the money in reserve to cover the costs but was following government guidance on the matter. It added that other NHS providers had likely adopted the same policy.

Mitie, which made £2.1bn in revenue last year and is one of the largest hospital providers in the country, has meanwhile refused to pick up this cost itself.

One porter at Watford General who was infected with Covid-19 said they had been let down by Mitie and senior management at West Herts trust.

“It’s impacting members because everyone has bills to pay, everyone has rent to pay,” he told The Independent. “Without having full sick pay, nearly every porter has had Covid at the hospital where I work.

“Even when people still haven’t been feeling right, they’ve felt they’ve had to come in because of the sick pay, as it’s only statutory. And you have to get a doctor’s note to cover any time longer than the 10 days of statutory pay.”

Throughout the pandemic, other NHS trusts and contractors have stepped in to ensure their cleaners, porters and kitchen staff have been provided with full sick pay when forced to self-isolate, according to the GMB Union.