The Summit County Health Order was revised Nov. 5, following a move to Level Orange on the state’s COVID-19 dial. It explicitly states that violating any terms of the order, could result in a fine of up to $5,000 and 18 months in county jail.

Those looking to rent a vacation home in Summit County this winter will have to choose their travel buddies wisely. The continued rise in COVID-19 cases in the area means tighter rules for short-term rentals, and a possible fine and even jail time for breaking them.

The capacity rules for short-term rentals means at most, you can have two families of five, staying in the same Airbnb. It’s not as tight as the rules for residents, which caps indoor gatherings at 6 people and no more than two households.

The reason for the difference? Summit County Public Health said the high transmission rates are coming from vacationers.

“It’s our high, high, high, very high case numbers among our residents,” explained Wineland during Thursday’s Board of Health meeting.

Wineland said Summit County residents continue to attend large gatherings. On Thursday, the two-week cumulative incidence for Summit County was 1,074.8, among the highest in the state.

“We really felt strongly that this was a strategic measure we could take to really hone in on what we’re actually seeing among our resident population, and hopefully turn the tide around on the spike that we’ve been seeing and experiencing here locally,” she said.

The cap on gathering sizes is one of several rules outlined in the new public health order and while a fine and jail time seems steep, most individuals won’t likely find themselves in that position. The Summit County Sheriff’s Office says the violation would have to be egregious. 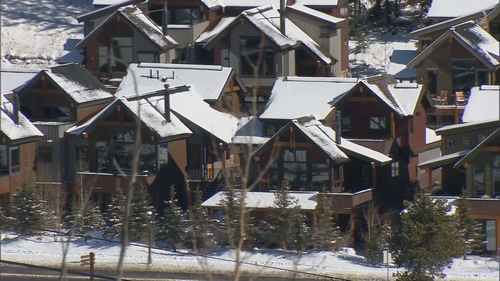 Between March and October, Summit County Public Health said it received 455 calls for potential violations, and only 45 of those resulted in warnings. Five resulted in a cease-and-desist letter in which law enforcement notified public health and nine resulted in what’s called an I/Q order. Public Health explained that an I/Q order is an official letter from the county’s contact tracing team, given to people who are reluctant to stay home following a positive COVID-19 diagnosis. New rapid tests to be trialled in Liverpool are 99.9% accurate