Douglas County Commissioners were firm during a town hall Wednesday night that they will not mandate citizens to wear a mask and beyond that, the commission wants its own voice at the table when it comes to public health decisions.

“These are just part of the growing pains that happen. Douglas County is not a toddler anymore. We’re an adult, and it’s time that we were able to provide our own services,” said Commissioner Lora Thomas.

According to Dr. John Douglas, the executive director of Tri-County Health, voluntary compliance in DougCo is nearly 80%, a number derived from questionnaires and observation.

“We’ve got a number of volunteers who are going to large stores throughout the region basically sitting in the parking lot basically monitoring what’s happening as people are walking in or out,” he said.

Commissioners feared that a mandate would cause protest, but Douglas referenced a national study which suggested mandates work. Out of 15 states surveyed, “What they saw was that after the mandate was issued, the wearing of face coverings increased and more importantly, there was a decline of the daily COVID growth rate by 2%,” he said.

Still, he agreed with commissioners, Douglas County is in a unique position with voluntary compliance. While COVID-19 numbers have increased slightly over the last few days, he said it could be a result of increased testing.

Douglas County commissioners say Douglas recommended against a mandate for the county.

“We did not feel that a mandate for our citizens was appropriate … that was the recommendation from Dr. Douglas to the board of health, and unfortunately when that did not occur, it was an eye opener for us in terms of what might be best going forward,” said Commissioner Abe Laydon.

Laydon believes the citizens are responsible enough to make their own decisions and says it’s also a matter of limiting the burden of fines that comes along with the mandates.

“I don’t want to see you jailed or fined up to $1,000 if you’re caught not wearing one. I think you’ve been through enough as Douglas County citizens over the last four months. Adding to your burdens at this time I don’t think makes a whole lot of sense especially when we’re seeing up to 80% voluntary compliance with mask wearing in Douglas County,” he said.

The big picture for commissioners? Having a separate health department with its own board of directors.

“We are interested in managing the board of health to be sure that those are representatives of you in Douglas County and they are representing your interests. So nothing is really going to change as far as your services are delivered. It’s just the direction to the health department director. That’s part of the question that needs to be resolved,” said Thomas.

The mask mandate for Tri-County takes effect July 24. Others opting out include Bennet, Glendale and Brighton. 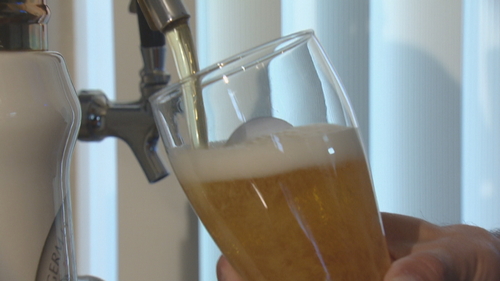