With light local hyperreactions, which quickly (within a few minutes, a maximum of one hour) pass on their own, no additional therapeutic measures are required. If the changes persist for a long time, become more pronounced after each injection of insulin, it is necessary to prescribe antihistamines, and insulin injections are recommended to be done in different parts of the body in fractional doses. If insulin allergy persists, you must use porcine or human insulin, which lacks zinc. The best would be a complete transition to the introduction of purified human insulin.

With the development of systemic reactions (urticaria, angioedema, anaphylaxis), it is necessary to provide emergency care with the introduction of adrenaline, glucocorticosteroids, antihistamines, maintaining blood circulation and respiratory function. Complete cancellation of insulin therapy in these situations is inappropriate, it is possible to temporarily reduce the amount of insulin injected by 3-4 times and gradually increase the dose to the average therapeutic one within 2-3 days.

If insulin therapy has been discontinued for 2-3 days or more, it is necessary to test the sensitivity to a particular drug by conducting skin tests and determining the type of insulin that causes the least allergic reactions.

After that, it is necessary to conduct desensitization (ASIT) with the introduction of the minimum first dose of insulin and a gradual increase in dosages. Such a therapeutic approach is possible only in a specialized endocrinological or allergological hospital.

Sometimes, with the ineffectiveness of desensitization, the need for insulin therapy and the presence of signs of anaphylaxis, the administration of purified human insulin with glucocorticosteroid hormones (hydrocortisone) is administered in a single syringe with small doses intramuscularly.

Allergy to insulin – an increased reaction of the immune system to repeated parenteral administration of insulin preparations. In most cases, an allergic reaction is local and manifests in the form of pruritus, induration, and pain at the injection site. Systemic reactions are rare, characterized by skin manifestations (urticaria, angioedema), anaphylaxis. Allergy to insulin is observed in 5-30% of patients with diabetes mellitus, decreasing when switching to modern purified drugs (DNA-recombinant human insulin) and precise adherence to the technology of drug administration.

In the treatment of diabetes, various insulin preparations (bovine, porcine, human) are used, differing in the degree of purification and the content of protein or non-protein impurities. Mostly allergic reactions occur on insulin itself, much less frequently on protamine, zinc, and other substances contained in the drug.

The least amount of allergic reactions is observed when using different types of human insulin, the greatest – with the introduction of animal insulin. The most immunogenic is bovine insulin, the difference between which and human is most pronounced (two other amino acid residues of the A-chain and one – of the B-chain). Less allergenicity is in porcine insulin (the difference is only in one amino acid residue of the B-chain).

The number of cases of allergy to insulin significantly decreased after the introduction of highly purified insulin into clinical practice (the content of proinsulin is less than 10 µg / g).

The development of local reactions may be associated with improper administration of drugs (intracutaneously, a thick needle and the associated excessive traumatization of the skin, the wrong choice of injection site, a highly chilled drug, etc.).

Hypersensitivity to the administered drugs is formed with the participation of antibodies of various classes. Early local allergic reactions and anaphylaxis are usually caused by immunoglobulins E. The occurrence of local reactions 5-8 hours after the administration of insulin preparations and the development of insulin resistance are associated with IgG.

Allergy to insulin, which develops 12-24 hours after the administration of the drug, usually indicates an allergic reaction of a delayed type (on insulin itself or on the zinc present in the preparation).

Allergy to insulin is often manifested by the development of lung local hypersensitivity reactions, which can occur 0.5–1 hours after drug administration and quickly disappear (early reactions), or 4–8 hours (sometimes 12-24 hours) after injection delayed, late reactions, the clinical manifestations of which may persist for several days.

The main symptoms of a local allergic reaction are redness, swelling and itching of the skin at the injection site. Itching can be local, moderate, sometimes it becomes unbearable and can spread to adjacent areas of the skin. In some cases, the skin marks traces of scratching. Sometimes at the site of insulin injection, a seal may appear that rises above the skin (papule) and lasts for 2-3 days.

In rare cases, prolonged administration of insulin in the same area of ​​the body can lead to the development of local allergic complications according to the Arthus phenomenon. In this case, itching, painful induration at the injection site may appear 3-5-10 days after the start of insulin administration.

If the injections continue to be done in the same area, an infiltrate is formed, which gradually increases, becomes sharply painful and can suppurate with the formation of an abscess and purulent fistulas, an increase in body temperature and a violation of the patient’s general condition.

Allergy to insulin with the development of systemic, generalized reactions occurs in 0.2% of patients with diabetes, with more often clinical symptoms are limited to the appearance of urticaria (hyperemia, itchy blisters at the injection site), even less often – the development of angioedema angioedema or anaphylactic shock.

Systemic reactions are usually associated with the resumption of insulin therapy after a long break.

Diagnosis of Allergy to Insulin

Diagnosis of allergy to insulin is based on a thorough study of the allergic anamnesis data (the specific connection between the administration of insulin preparations and the onset of symptoms of hypersensitivity), the characteristic clinical picture, the patient’s examination data by the allergist-immunologist, endocrinologist, dermatologist and other specialists.

Standard clinical studies are conducted to assess the general state of the body and the level of compensation for diabetes mellitus, the level of general and specific immunoglobulins is determined, as well as other studies used in practical allergology to exclude allergic reactions of a different etiology.

In specialized institutions, skin allergy tests can be carried out with the introduction of micro-doses of various types of insulin. When an intracutaneous sample is injected, a solution of insulin is administered in a dose of 0.02 ml (a dilution of 0.004 units / ml), the skin reaction is evaluated after an hour by the severity of the hyperemia and the size of the papule that appeared.

Forecast and prevention of insulin allergy

When replacing the drug insulin on less more purified signs of allergy disappear. In rare cases, severe systemic allergic reactions are possible. Prevention is the proper selection of insulin preparations and their timely replacement in the event of an allergic reaction.

To do this, patients should be aware of the manifestations of insulin allergies and how to relieve unwanted effects. 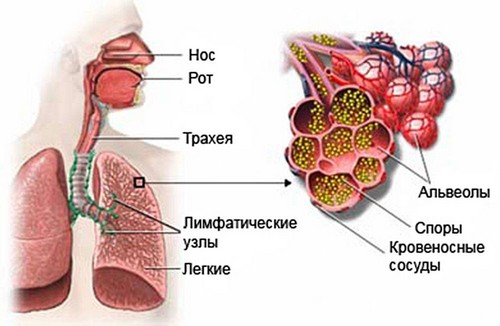 One thought on “Insulin Allergy Treatment”