Therapy of echinococcosis to this day remains a problem of modern medicine. Most heart surgeons believe that the only reliable method of treatment is surgery.

At the same time, the use of antiparasitic drugs is considered as an important part of the fight against pathology. Medicines acquire special significance when it is impossible to use invasive methods, for example, in elderly patients with severe comorbidity.

There are two treatment options for the disease:

In the postoperative period, it was recommended to conduct antiparasitic drug therapy, monitor the state of the suture, adequate anesthesia. The extract is made not earlier than two weeks after the operation, then the patient is under observation for 10 years with an annual examination (ultrasound, chest X-ray, blood test, serological tests).

Echinococcosis with damage to the heart is extremely rare, the frequency of pathology varies, depends on the geographical location and social well-being of the territory. On average, this localization accounts for from 0.02 to 3% of cases of the disease. The ventricles are mainly affected, the left wall suffers much more often than the right (60% versus 20%). Approximately 15% of invasions occur in the interventricular septum. Most often, the pathology is diagnosed at autopsy. People of any age are ill, however, helminthiasis is mainly detected in people 20 to 40 years old (up to 73% of the established diagnoses). The shares of men and women are 60% and 40% respectively.

Echinococcosis of the heart is a chronic parasitic disease that is characterized by helminthic invasion and cyst formation in the organ wall. It develops as a result of helminth eggs entering the human body. May lead to the development of life-threatening complications, mainly large vessel embolism and cardiac tamponade. The clinic is not specific. Patients complain of chest pain, shortness of breath, cough and fever. The diagnostic program consists of laboratory methods, ultrasound, ECG, CT and X-ray. The treatment is primarily surgical, sometimes it is possible to use conservative therapy.

The causative factor of the pathology is the defeat of the echinococcus, most often of the Echinococcus granulosus species. The main sources are hunting dogs and farm animals (cows, pigs, horses), which act as intermediate owners of helminth, become infected by eating contaminated food and water. Their internal organs are used by the parasite to go through the intermediate stages of their development.

The main carriers are carnivores, in the intestines of which a mature worm can live for several years. People act as random intermediate carriers, infect in the same way, but do not participate in onward transmission. Reaching the heart, the larva is fixed in the myocardium, at least – the pericardium. With multiple dissemination, several formations with a diameter of 2 to 10 cm are formed.

Echinococcosis of the heart occurs after the parasite enters the muscle layer or pericardium through the coronary vessels. The pathological effect is due to the mechanical and sensitizing effects of the helminth. The first factor leads to impaired heart function.

For example, protruding into the cavity of an organ, cysts can interfere with the normal intracardial blood circulation. Sometimes there is an overlap of the lumen of the tricuspid or mitral valves, or vice versa – the conditions for their incomplete closure and the development of insufficiency are created. Increasing the size of the echinococcus can provoke compression of the coronary vessels with the development of ischemic events, rhythm disturbances during growth near the pacemaker and the main pathways.

The second important pathogenetic factor is allergization of the patient’s body by products of the parasite’s metabolism with the development of hypersensitivity. The presence of the helminth in the body, the immune system responds by activating specific immunity, the production of antibodies, mainly – IgE. These immunoglobulins have tropism for mast cells containing a large amount of the biologically active substance – histamine.

When the rupture of an echinococcal cyst, fluid leakage, the formation of the antigen-antibody complex occurs, which provokes massive cellular degranulation and the release of histamine. There is an allergy, mainly type I: angioedema, urticaria, anaphylactic shock.

Despite the many proposed options for systematization, at the moment the echinococcosis of the heart, like most other localizations, does not have a generally accepted classification. The reason is the difficulty of creating a single structure of the disease with a large number of variants of the course and pathogenetic features.

Clinicians usually use the nomenclature, according to which the pathology is divided into:

The clinic is not specific and diverse. In some cases, the disease is asymptomatic (30-40% of observations), in others it has quite pronounced progressive manifestations. Sometimes acute states develop immediately. There are no specific signs of pathology.

Patients with parasitic myocardial damage usually show a general pattern, similar to the cardiomyopathy of any origin. The main complaints are pain in the region of the heart, shortness of breath, arrhythmias, non-productive cough, fever and syncopal states.

Cardialgia can disturb a patient for many years, has a constricting, anginal or angina character, sometimes accompanied by rapid heartbeat up to paroxysmal tachycardia with extrasystole. Often develop allergic reactions – urticaria, angioedema, less anaphylactic shock. Cyst growth near important components of the conducting system leads to arrhythmias, including blockades of the bundle of the His bundle, a complete transverse heart block.

Complications of echinococcosis of the heart

Increasing in size, cysts reach a critical mass, which leads to their rupture into the cardiac or pericardial cavity.

This phenomenon can be completed with the development of serious life-threatening complications – vascular embolism of the small or large circle of blood circulation, cardiac tamponade, allergization, intoxication of the body. Fragments of cystic contents in the vessels are accompanied by cough, chest pain, hemoptysis, fever.

Postembolic pulmonary hypertension is sometimes so pronounced that even successful surgery can not prevent death. A tamponade begins with a rupture of the heart wall, filling the pericardial sac with blood, which makes it difficult to reduce the heart rate to asystole or cardiogenic shock.

Detection of echinococcosis begins with visualization of the cyst and its identification with this parasite. The diagnosis is based on data from the clinical and epidemiological history, results of laboratory and instrumental studies.

The facts of patient’s contact with dogs, trips to endemic areas, work associated with dressing hides, hunting and sheep sheer are alarming. The main problem of detecting pathology at an early stage is a long asymptomatic period, especially when the cyst is located deep in the myocardium.

For the diagnosis of the disease in modern cardiology are used:

Differential diagnostics of heart lumps is difficult and not always possible until the moment of surgical intervention. It is important to distinguish echinococcosis from tumor lesions, especially myosarcoma, tim and teratomas. Sometimes, due to the significant resistance of the tissues, the cyst contains a small amount of fluid, which complicates its differentiation with various solid formations.

Prognosis and prevention of heart echinococcosis

When successfully conducted medical, timely surgical treatment, low risk of recurrence, the prognosis is favorable. In the presence of complications, the multiple nature of the cyst outcome depends on the location and size of the formations. Postoperative mortality reaches 15%.

Prevention is based on activities carried out by veterinary and medical services.

Systematic examination of service and domestic dogs in endemic areas, control in meat workshops is necessary. It is advisable to carry out clinical examination of the population, screening and ultrasound X-rays. 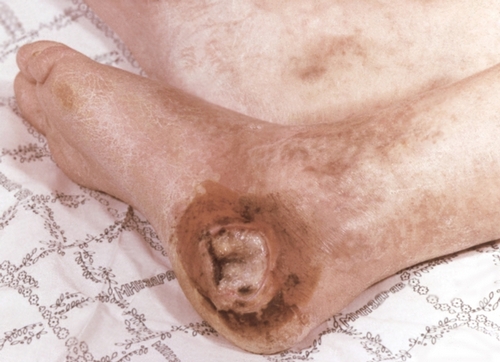 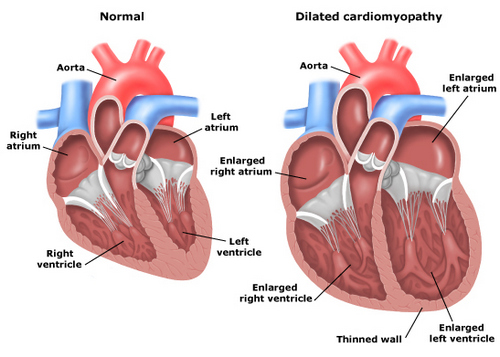 One thought on “Treatment of heart echinococcosis”