In the absence of positive dynamics within 24 hours from the onset of acute occlusion of the limb vessels, it is necessary to perform an organ-preserving surgery – thrombembolectomy from the peripheral artery using a Fogarty balloon catheter or endarterectomy.

In case of ischemia of IB-IIB degrees, emergency intervention is needed to restore blood flow: embolus or thrombectomy, bypass bypass surgery. The prosthetic segment of the peripheral artery is performed with non-extended acute occlusions of the limb vessels.

Ischemia of the IIIIA – IIIB degree is an indication for emergency thrombus or embolectomy, bypass shunting, which are necessarily complemented by fasciotomy. The restoration of blood circulation with limited contractures allows for delayed necrotomy or subsequent amputation at a lower level.

In case of ischemia IIIB, the operation on vessels is contraindicated, since restoration of blood flow can lead to the development of post-ischemic syndrome (similar to traumatic toxemia in the syndrome of prolonged crushing) and death of the patient. Amputation of the affected limb is performed at this stage. In the postoperative period, anticoagulant therapy continues to prevent rethrombosis and re-embolism.

The concept of “acute occlusion of limb vessels” is a collective one, since it unites cases of sudden arterial insufficiency of peripheral blood flow caused by acute thrombosis, embolism, spasm or traumatic vascular lesion.

Thromboembolism is the most common cause of acute occlusion of the limb vessels, accounting for up to 95% of cases. The material substrate of arterial thromboembolism are fat, tissue, air, microbial, tumor fragments, as well as fragments of the primary thrombus, which migrate to the periphery with blood from the main outbreak.

Most cases of acute occlusion of the limb vessels occur on the background of coronary heart disease, myocardial infarction, heart defects (usually – mitral stenosis), arrhythmias, hypertension, atherosclerosis and aneurysm of the aorta or its branches, heart aneurysm, endocarditis, dilated cardiomyopathy.

Tumors of the lungs and heart, in particular myxoma of the left atrium, can serve as an embolic focus. Paradoxical embolism may occur if a blood clot enters the arteries of the great circle through an open oval window, an open arterial duct, or interatrial or interventricular septal defects. Rarely, the causes of acute occlusion of the limb vessels are previous artery operations, frostbite, electrical injuries, and diseases of the blood system (leukemia, polycythemia), extravasal compression, and vascular spasms.

Risk factors for acute occlusion of limb vessels are peripheral vascular diseases: atherosclerosis obliterans, endarteritis obliterans, nonspecific aortoarteritis (Takayasu’s disease), periarteritis nodosa. Fragmentation and mobilization of primary thromboembolism can occur when the heart rhythm and heart rate changes, blood pressure drops, physical and mental stress, some medications, etc. In 5-10% of cases, the source of embolism cannot be identified either during clinical examination or at autopsy.

Acute ischemic disorders that develop during occlusion of the vessels of the extremities are caused not only by a mechanical factor (sudden blockage of the artery by the embolus), but also by arterial spasm. In the shortest possible time after occlusion and spasm of the artery, a blood clot forms in the lumen of the vessel.

Conditions for thrombosis are created due to a decrease in blood flow velocity, hypercoagulation, and changes in the vascular wall. Spreading in the distal and proximal directions, a thrombus consistently surrounds the collaterals, further aggravating the picture of acute ischemia.

Primary formation of arterial thrombus occurs in vessels with an already changed wall. Factors of local thrombosis are endothelial damage, a slowdown in the rate of regional blood flow, and a bleeding disorder.

Ischemic disorders in the affected limb with acute vascular occlusion are pathogenetically associated with oxygen starvation of the tissues, impairment of all types of metabolism, and severe acidosis. Due to the death of cellular elements and increased cellular permeability, subfascial muscular edema develops, enhancing circulatory disorders.

Among occlusive arterial vascular lesions, acute occlusion of the mesenteric vessels (40%) is on the first place in terms of occurrence rate, cerebral artery occlusion is on the second place (35%), and aortic and arterial bifurcation thromboembolism (25%) is on the second place. In order of decreasing frequency of occurrence, acute occlusions of the vessels of the limbs are arranged as follows: occlusions of the femoral arteries (34–40%), iliac arteries and aortic bifurcation (22–28%), popliteal arteries (9–15%), subclavian and brachial arteries (14 -18%), shin arteries.

The ischemic changes caused by acute occlusion of the vessels of the extremities pass through several stages: At the stage of ischemia of tension, signs of impaired blood circulation are absent and appear only during exercise.

I degree  – sensitivity and movements in the limb are safe:

II degree  – there are disorders of movement and sensitivity of the limb:

The degree of limb ischemia is taken into account when choosing a treatment method for acute occlusion of vessels.

Sudden pain distal to the occlusion site occurs in 75-80% of cases and usually serves as the first sign of acute occlusion of the limb vessels. With the preservation of collateral circulation, pain may be minimal or absent. More often, the pain is diffuse, with a tendency to increase, does not subside when the position of the limb changes; in rare cases of spontaneous resolution of occlusion, the pain disappears on its own.

An important diagnostic sign of acute occlusion of the vessels of the extremities is the absence of pulsation of the arteries distal to the site of occlusion. In this case, the limb first turns pale, then acquires a cyanotic shade with a marble pattern. The skin temperature is sharply reduced – the limb is cold to the touch. Sometimes, on examination, signs of chronic ischemia are detected – wrinkled and dry skin, no hair, brittle nails.

Disorders of sensitivity and motor sphere in acute occlusion of the vessels of the extremities manifest numbness, tingling and crawling sensations, decreased tactile sensitivity (paresthesias), decreased muscle strength (paresis) or lack of active movements (paralysis) first in the distal and then in proximal joints. In the future, complete immobility of the affected limb may occur, which indicates deep ischemia and is a terrible prognostic sign. The end result of acute occlusion of the vessels may be gangrene of the limb.

A diagnostic algorithm for suspected acute occlusion of limb vessels involves conducting a complex of physical, laboratory, and instrumental studies. Palpation of the pulse at typical points (on the dorsal artery of the foot, in the popliteal fossa, on the posterior tibial and femoral artery, etc.) reveals the absence of pulsation of the artery below the occlusion and its preservation above the lesion site.

Laboratory blood tests (coagulogram) for acute occlusion of limb vessels show an increase in PTH, a decrease in bleeding time, an increase in fibrinogen. The final diagnosis of acute occlusion of the limb vessels and the choice of treatment tactics are determined by the data of USDG (duplex scanning) of the arteries of the upper or lower extremities, peripheral arteriography, CT arteriography, MR-angiography.

Differential diagnosis is carried out with a dissecting abdominal aortic aneurysm and acute deep vein thrombophlebitis.

Prognosis and prevention of acute occlusion of limb vessels

The most important prognostic criterion for acute occlusion of the vessels of the limbs is the time factor. Early surgery and intensive care can restore blood flow in 90% of cases. When treatment is started late or when there is no treatment, disability occurs due to loss of limb or death. With the development of reperfusion syndrome, death can occur from sepsis, renal failure, multiple organ failure.

Prevention of acute occlusion of limb vessels is the timely elimination of potential sources of thromboembolism, prophylactic anti-aggregants. 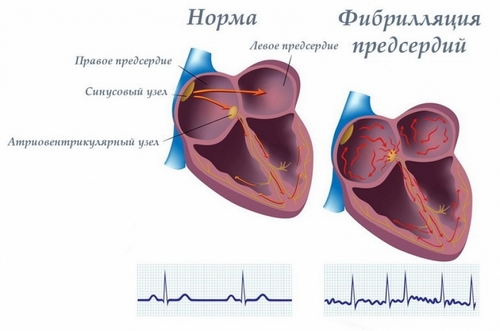 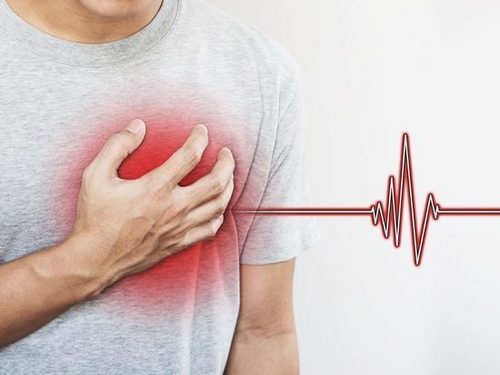 One thought on “Occlusion, limb vessels”