When choosing methods of treatment of obliterating atherosclerosis, the prevalence, stage and nature of the disease are guided. It can be used drug, physiotherapy, sanatorium, as well as angiosurgical treatment.

To slow down the progression of atherosclerotic changes in the arteries, it is necessary to eliminate risk factors – correction of arterial hypertension, carbohydrate and lipid metabolism disorders, smoking cessation. The effectiveness of vascular therapy for atherosclerosis obliterans depends on compliance with these measures.

Surgical treatment of stage 2-3 atherosclerosis can be performed by endovascular or open surgery. Methods Lower limb revascularization should include dilation / stenting of the affected arteries, endarterectomy, thromboembolectomy, bypass surgery (aorto-femoral, the aorta-iliac-femoral, iliac-femoral, femoral-femoral, axillary-femoral, subclavian, femoral, femoral-tibia, femoral-popliteal, knee-foot-bypass shunting), prosthetics (replacement) of the affected vessel with a synthetic prosthesis or autovenous, profundoplasty, arterialization of the veins of the foot.

Palliative interventions for obliterating atherosclerosis are performed when radical surgical treatment is impossible and are aimed at enhancing the collateral circulation in the affected limb. These include lumbar sympathectomy, revascularizing osteotrepanation, periarterial sympathectomy, etc. At stage 4 of obliterating atherosclerosis, limb amputation to the optimal level, taking into account the limits of ischemic disorders, is most often shown.

Obliterating atherosclerosis is a manifestation of systemic atherosclerosis, therefore, its occurrence is associated with the same etiological and pathogenetic mechanisms that cause atherosclerotic processes of any other localization.

According to modern concepts, atherosclerotic vascular lesions are promoted by dyslipidemia, changes in the state of the vascular wall, impaired functioning of the receptor apparatus, hereditary (genetic) factor. The main pathological changes in obliterating atherosclerosis affect the intima of the arteries. Around the foci of lipoidosis, the connective tissue grows and matures, which is accompanied by the formation of fibrous plaques, the layering of platelets and fibrin clots on them.

With impaired blood circulation and necrosis of plaques, cavities are formed, filled with tissue detritus and atheromatous masses. The latter, breaking away into the lumen of the artery, can enter the distal bloodstream, causing vascular embolism. The deposition of calcium salts in altered fibrous plaques completes the obliterating lesion of the blood vessels, leading to their obstruction. Stenosis of the arteries of more than 70% of the normal diameter leads to a change in the nature and speed indicators of blood flow.

During obliterating atherosclerosis of the lower extremities, 4 stages are distinguished:

Taking into account the localization of the occlusive-stenotic process, there are distinguished: obliterating atherosclerosis of the aorto-iliac segment, the femoral-popliteal segment, the popliteal-tibial segment, the multistory artery lesion. By the nature of the lesion secrete stenosis and occlusion.

According to the prevalence of obliterating atherosclerosis of the femoral and popliteal arteries, V types of occlusive stenotic lesions are distinguished:

The variants of occlusive-stenotic lesions of the popliteal-tibial segment in atherosclerosis obliterans are represented by type III:

For a long time, obliterating atherosclerosis is asymptomatic. In some cases, his first clinical manifestation is an acutely developed thrombosis or embolism. However, usually occlusive-stenotic lesion of the arteries of the limbs develops gradually. The initial manifestations of obliterating atherosclerosis include chilliness and numbness in the feet, increased sensitivity of the feet to cold, “crawling”, burning skin. Soon there are pains in the calf muscles when walking for long distances, which indicates a narrowing of blood vessels and a decrease in the blood supply to the tissues. After a short stop or rest, the pain subsides, allowing the patient to resume movement.

Intermittent claudication or peripheral ischemia syndrome is the most persistent and early sign of atherosclerosis obliterans. At first, the pain forces the patient to stop only when walking for a considerable distance (1000 m or more), and then more and more often, every 100–50 m. Strengthening of intermittent claudication is noted when going uphill or on a ladder.

Ischemia of tissues in atherosclerosis obliterans is accompanied by a change in the color of the skin of the lower extremities: at the beginning of the disease, the skin becomes pale or ivory; in the late stages of obliterating atherosclerosis, the feet and toes acquire a purple-bluish coloration. There is atrophy of the subcutaneous tissue, hair loss on the legs and thighs, hyperkeratosis, hypertrophy and layering of the nail plates. Signs of threatening gangrene are the occurrence of non-healing trophic ulcers in the lower third of the leg or foot. The slightest damage (bruises, scratches, abrasions, calluses) of the ischemic limb can lead to the development of skin necrosis and gangrene.

Approximately at 44% of patients the clinic of atherosclerosis obliterans develops subacute and proceeds with recurrent seasonal exacerbations. In this case, a course inpatient and outpatient treatment is carried out, which allows to slow the progression of obliterating atherosclerosis. The chronic form of obliterating atherosclerosis (42%) proceeds relatively favorably: due to the well-preserved patency of the great vessels and the developed collateral network, trophic disorders are absent for a long time. With this clinical option, outpatient treatment has a good therapeutic effect.

With atherosclerosis obliterans, the pulsation below the occlusion site is weakened or absent, and systolic murmur is heard above the stenotic arteries. The affected limb is usually cold to the touch, paler than the opposite, with pronounced signs of muscular atrophy, in severe cases with trophic disorders.

USDG and DS allows to determine the arterial permeability and the level of occlusion, to assess the degree of blood supply in the distal parts of the affected limb. With the help of peripheral angiography in obliterating atherosclerosis, the extent and degree of occlusive stenotic lesion, the nature of the development of collateral circulation, and the state of the distal arterial bed are established. A tomographic tomographic study (MSCT or MR angiography) confirms the results of X-ray contrast angiography.

Forecast and prevention of atherosclerosis obliterans

The prognosis of limb disease obliterating is largely determined by the presence of other forms of atherosclerosis – cerebral, coronary. The course of atherosclerosis obliterans, as a rule, is unfavorable in persons with diabetes mellitus.

General preventive measures include the elimination of risk factors for atherosclerosis (hypercholesterolemia, obesity, smoking, physical inactivity, etc.). It is extremely important to prevent foot injuries, hygienic and preventive foot care, wearing comfortable shoes. Systematic courses of conservative therapy for obliterating atherosclerosis, as well as timely reconstructive surgery, allow you to save a limb and significantly improve the quality of life of patients. 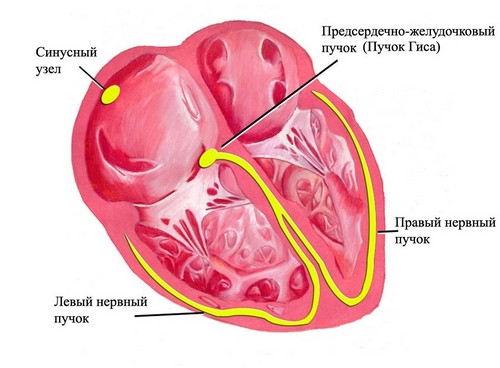