In the UK, the economic aspects ultimately led to the unpopularity of the operation, and over time, the doctors came to the conclusion that circumcision is not a useful procedure when routinely performed for all newborns. Today, only 3% of the male population has gone through circumcision, with the majority being religious. Moreover, in 2006, the British Medical Association published a document in which the medical indications for circumcision (phimosis, balanoposthitis and other diseases) are not considered unambiguous. British doctors recommend the removal of the foreskin only in cases where all other, less invasive therapies have been tried.

Circumcision is gaining popularity in Eastern European countries, particularly in Albania, Bulgaria, and Serbia. Experts attribute this to the spread of the traditions of Islam, but there are also medical “indications” as arguments to circumcision.

My brother and I decided to undergo the procedure at the age of 20: it is good for health, it is easier to take care of and carry out hygiene, the risk of getting infected and the infection is reduced to the girl. My mother is a doctor, and she regretted that she was not circumcised as a child.

I can not say that the process is pleasant: the healing was long, the first erections were painful. Well, leaving the hospital in a skirt was wildly, and any pants caused discomfort. So together, my brother and I went to the house of hospital skirts, it’s good that we live nearby.

In some countries, the procedure is performed as part of the initiation. So, in the Philippines, despite the development of medical care, there is still a kind of ritual in adolescents becoming adults.

Want to know the terrible details, how does this sometimes happen to us? The guy comes to the beach, takes a sharp knife or razor, sharply cuts off the unnecessary part and then jumps into the water, hoping that it will ease the pain. Wildly, but in the culture of adolescents it is considered “cool.” Did not – not a man.

The map shows areas of popularity for circumcision: countries marked in dark green where 99% of men are circumcised, in dark blue less than 1%. The contrast between South and North Korea is interesting: 77% and 0.1%, respectively, which rather accurately indicates the political and economic guidelines of the pro-Western southern state and the communist system in the DPRK.

In Russia, according to a survey, 11.6% of men of different ages underwent the procedure. Mostly for religious and national reasons. This procedure as a whole is associated with Russians either with the cultural aspects of different nations, or with medical indications, as part of the treatment of diseases.

In private clinics in Moscow, the cost of circumcisio averages 14,000 rubles (for comparison, in the US, circumcision of an adult costs about $ 1,600). The operation is recommended for phimosis (narrowing of the foreskin), balanitis, balanoposthitis, with the defeat of papillomas, the presence of foreign bodies implanted in the foreskin, as well as with early ejaculation, which is not amenable to therapy by other means.

A century and a half ago,  Lewis Sayre, one of the founders of the Medical Association of America, considered the dysfunction of the genital organs to be the cause of many diseases and promoted circumcision as a prevention for a wide range of diseases, from depression to epilepsy.

At that time, childbirth in hospital conditions was available only to the rich strata of the population, and circumcision became a symbol of belonging to a certain level of wealth.

The spread of circumcision in the States of men are obliged to the army and obstetrician-gynecologists. During World War I, before being sent to distant countries, American soldiers were required to undergo circumcision to reduce the risk of sexually transmitted diseases. For babies at that time, the procedure was performed at the request of the parents, but obstetricians often asked if the father did not want (the mother’s opinion was not taken into account) to be circumcised while the baby is still small and “does not feel anything”. Adults, remembering their suffering, agreed.

As a result, by the beginning of the Second World War in the USA about half of the men did not have foreskin, in the UK – 40% And then the economy intervened in the field of medicine: the British moved to the state health care system, and although the circumcision was free, in fact there was not enough money and specialists, and they began to demand payment for the procedure. Fashion began to fade away.

And the States at the same time noted the economic boom and insurance, which was paid by the employer. As a result, the more procedures were performed for mother and child, the more profitable it was for clinics to work. They began to cut off all the boys “by default”, if the parents did not want to – it was necessary to discuss this point specifically.

As a result, generations born in the 50s and 70s were mostly devoid of foreskin. The appearance of an uncircumcised sexual organ could shock, cause a lot of questions and suspicions of non-American origin, radicalism, marginal orientation, etc.

In the famous American TV series, popular with us, one of four friends, Charlotte in the process of finding a husband meets a very promising candidate. However, as soon as it comes to a closer acquaintance, it turns out that the candidate’s genital body does not correspond to the classic “trimmed” form.

This is so striking to the heroine, that the acquaintance is interrupted, and she, together with her friends, discusses the “shock and disgust” that arises when a man’s sexual organ is seen in its natural state.

I had no doubts about the decision to circumcise my sons: I don’t want them to poke a finger at them at school and laugh that they are “not like everyone else.” This is the norm, and my children meet her. It is much easier for boys to maintain hygiene, and in general this is the standard followed by all my friends.

In the 1950s, 9 out of 10 boys underwent surgery in the USA. By the 70th, popularity began to decline somewhat, but still remains the cultural norm. Only at the end of the 90s a form appeared in which it was necessary to note agreement or disagreement with the conduct of surgery in the newborn. And today the procedure is very common: part of the population believes in medical justification of the usefulness of the procedure in preventive aspects, some follow the tradition, not wanting to “shock Charlotte”.

Medics about circumcision: research and facts

There are many studies confirming the benefits of circumcision as a preventive procedure. A small part of the flesh is considered redundant, a place of accumulation of pathogenic bacteria, a nutrient medium for harmful flora and a “storage” of viruses. Let us consider in more detail the results of the pros and cons studies.

The risks of developing the urogenital system in children under the age of one year after circumcision are reduced several times (from 3 to 20 according to different studies).

It’s true. However, the study is silent on the fact that infections themselves in infants occur in extremely rare cases, and carrying out a circumcision in newborns for this purpose has the same meaning as cutting an appendix while still in the hospital.

Over the age of one year, the difference in the number of infections before and after surgery is 1.3%: in uncircumcised men and boys, they occur a little more often.

There are several studies reporting a reduction in the risk of HIV infection in men without foreskins and their partners. The justification is the hardening of the skin of the head of the penis, which helps protect against the penetration of viruses into tissues.

However, most medical associations do not accept the research results as reliable because of the large number of errors that discredit the results and recommendations. Average statistics for countries where circumcision is common and where it is rare, do not indicate the dependence of the number of STDs and the popularity of circumcision.

Research confirms, and experts agree with the results: circumcision significantly reduces the chances of developing cancer of the penis. However, the risk of such a disease is so small, and the disease is so rare that the preventive value of getting rid of the foreskin in this case is minimal.

The results of a study on the effect of circumcision of the penis on the risk of cervical cancer in women have not been confirmed, and the effect has not been proven.

The greatest debate is the effect of circumcision on the sex life of a man. It is clear that those who went through an operation in childhood cannot compare the “before” and “after” effects. However, adult men, voluntarily or involuntarily subjected to circumcision, have every opportunity to compare. And opinions differ.
Personal experience

After the operation (when everything finally healed) everything became much better, and the sensitivity, and the duration of the act. I am pleased, and my bride seems to like it. I regret not having decided before.

Positive responses are more common in boys immediately after puberty, when hypersensitivity brings some inconvenience, as well as on sites that promote the use of the operation. As a rule, sites lead to the resources of medical clinics, which announce not only benefits, but also costs.

Negative reviews are much more, and this is understandable. No wonder one of the indicators for circumcision is persistent premature ejaculation: if you remove the foreskin, the sensitivity will decrease, and the duration of the act will increase.

A medical team (Taylor, Lockwood and Taylor) study the tissues of the foreskin at the Center for Medical Sciences, University of Manitoba, Canada. They reported their results: based on a study of 22 samples, they found that the concentration of nerve endings in the superficial, cutaneous part of the foreskin is “impressive”, and the sensitivity of this area of ​​the body to light touch and pain is similar to that of the skin of the penis as a whole. The inner surface of the foreskin is different. This mucous membrane is similar to the inner surface of the mouth, also rich in nerves and blood vessels. Between the inner and outer layers of the foreskin is a unique structure that contains “specialized nerve endings”. Researchers conclude

Thus, the decrease in the sensitivity of the head of the sexual organ is based not only on its exposure and coarsening of the skin, but also on the removal of large amounts of nervous tissue. And this sometimes leads to extremely unpleasant consequences.
Personal experience

I decided on an operation of stupidity: my girl was from a Jewish family, and I wanted to “fit.” The difference is huge. Imagine what happens to your finger when you start to play the guitar: your skin gets coarse, your sensitivity is lost. It’s the same here: there are so few sensations that you don’t really want to. Now it is an unfeeling stick.

If I could sew everything back – I would not have thought either about the price or the complexity.

In the United States, where the fashion for widespread circumcision still exists, protests are already held at pediatric clinics with the slogans “Grow up – decide for itself”, “If the foreskin were not needed, it would not have grown” and “Hands off infant penises”. Doctors report extremely low preventive value of the operation in children and possible complications both in the postoperative period and at the beginning of sexual activity. So, it is very easy to answer the question “whether to introduce a fashion for circumcision in Russia”: with the polling implementation, this procedure will benefit only those who will collect money for circumcision. Neither the small nor the grown children, it is not absolutely necessary. Treatment of anxiety disorders in children 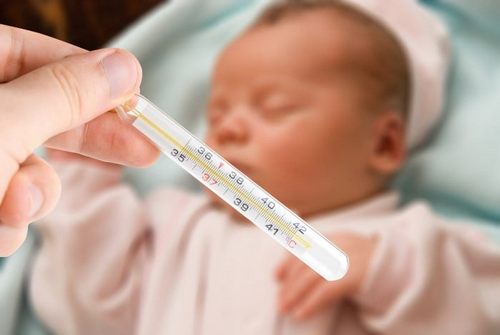 3 thoughts on “Do boys need circumcision?”