If the disease manifests itself as single foci, there are no signs of intoxication, then confine yourself to local therapy.

Treatment of streptoderma is performed at home with the exception of severe skin lesions. In the latter case, the child must be hospitalized.

For the treatment of streptoderma in children are used not only drugs, but also folk remedies.

If the child is sick with streptoderma, do not use his household items, so as not to start the disease throughout the family. When the first signs of illness appear, refuse to go to kindergarten and consult a doctor.

To protect your child from streptococcus infection, observe the following measures:

Maintain and strengthen the immunity of the child, walk more, harden and eat properly with the whole family to avoid such diseases.

Streptoderma – skin lesion as a result of infection with streptococci. The disease is dangerous and contagious. Children with infection appear characteristic red and purulent rash on the face and other parts of the body.

Streptoderma is referred to as an infectious-allergic disease. In summer, the risk of infection increases, as insects are carriers of streptococcus. But even in winter there is a chance of infection during an epidemic of streptococcal infections – sore throats and scarlet fever.

Streptoderma is associated with violation of the integrity of the skin. Children often fall, get microtrauma, comb insect bites, so they are more susceptible to the disease.

But there are always certain causes of streptoderma in children.

Streptococci are conditionally pathogenic microorganisms and in small quantities may be present in the body of a child. Against the background of a weakened immune system, bacteria actively multiply and provoke the development of diseases, including streptoderma.

When bacteria enter from the outside, the body cannot cope on its own.

The causative agents of streptoderma are everywhere. They live on dirty toys, dust, dishes and clothing.

The risk of infection increases under the following circumstances:

Not surprisingly, streptoderma often occurs on the face of a child. Children have a habit of touching their faces with dirty hands, opening sores and scratches. This is how the entrance gates for infection are created.

If a child is subjected to overvoltage, does not receive adequate nutrition, does not sleep much, his body defenses are reduced. Immunity is weakened, which becomes a favorable background for the reproduction of pathogenic bacteria. No exception – and streptococci. Streptoderma in children often begins after a sharp change in the familiar environment, moving, entering a new school.

After streptococci enter the body, the first symptoms of streptoderma appear no earlier than 7 days later. The main manifestations are the formation of bubbles on the skin with a rapidly turbid fluid (phlicken).

Bubbles appear at the initial stage of streptoderma, over time merge, then burst and dry. Bleeding cracks form at the site of the conflict. The skin around it dries and inflames. Often there are purulent formations.

Children have common symptoms of streptoderma:

Remember that manifestations of streptoderma vary depending on the type of disease caused by streptococcus.

More often occurs on the face of the child. The affected areas become rough and acquire a light pink color. Foci have rounded shapes with clear boundaries. Deprive partially disappears when exposed to ultraviolet radiation.

These are single rashes that can merge together. Located on the face and torso, sometimes on the limbs. Falkeni after opening form peel gray, which fall away.

These are large flaktena, which are localized on the hands, feet, outer side of the leg. After opening the bubbles, growing erosions are formed.

This type of streptoderma is better known as zadyedy. Appears on the corners of the lips and eyes, sometimes – at the wings of the nose. The rash turns into cracks with copper-yellow crusts, which quickly fall off, but may appear again. The disease is characterized by itching, drooling.

The disease is a companion of children who bite their nails. Flictness formed around the nail plate and opened with the formation of erosion in the form of a horseshoe.

The disease affects the skin folds, which form small bubbles, merging into one “island”. The skin at the site of injury becomes wet.

Erysipelas of the skin

The most severe form of streptoderma. The so-called “erysipelas” begins with a sharp deterioration and a rise in temperature. Children have severe intoxication, vomiting and convulsions. An expanding pinkish spot appears at the site of the lesion. In infants, erysipelatous inflammation is found on the navel, back, folds.

At the first symptoms of streptoderma in children, begin immediate treatment. Remember that the disease is contagious and can lead to an epidemic spike. Streptococci are dangerous because they weaken the joints, kidneys and heart. 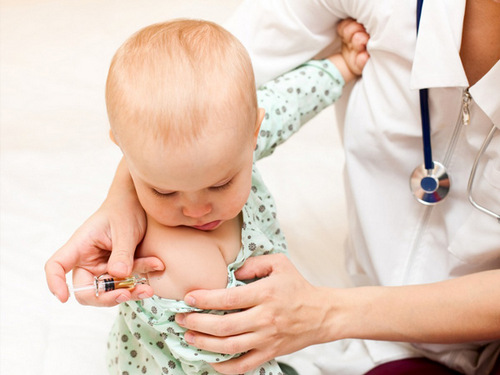