To unload the pancreas with exacerbation of inflammation, hunger will be required for a period of not more than two days. A cold heating pad is placed on the patient’s stomach, it is allowed to moisten the lips, rinse the mouth, even drinking water is limited.

From the second or third day, a strict diet for the pancreas is prescribed.

Making a diet menu is necessary, taking into account individual manifestations of the pathology and condition of other organs. Of particular difficulty is nutrition in pancreatic disease in patients with food allergies and diabetes.

Which diet table is suitable?

Among the variety of dietary options from the Pevzner classification, then with a diseased pancreas, subtypes of tables No. 4 and No. 5 are used. Table No. 4g – is used in combination of exacerbation of chronic pancreatitis with intestinal pathology. It is prescribed in the phase of attenuation of the acute symptoms of pancreatitis immediately after a “hungry” diet, with severe bowel dysfunction (pain, diarrhea), when it is too early to switch to a typical table No. 5.

Allows vegetarian liquid grated soups (pumpkin, zucchini, cauliflower). Patients are recommended sweet berries and fruits in a mashed state without a peel, a little honey is allowed if there is no hypersensitivity and the product is well tolerated.

Table 5p – shown also in the transition period, but in the absence of a pronounced intestinal lesion. It provides for a decrease in the amount of fats and carbohydrates in the diet, but an increasing proportion of protein products. Not allowed any fruits and berries, honey. For the preparation of kissels, sorbitol, xylitol are used. In the phase of remission, the patient is transferred to the classic table No. 5.

Dietary nutrition for pancreatic disease patients have to follow for life.

What diseases require a diet?

The most common diseases of the organ are acute and chronic pancreatitis, they account for about 10% of all lesions of the gastrointestinal tract. In addition to inflammatory diseases, in the pancreas are found: functional disorders, cystic changes, vascular pathology, tumors, the effects of occupational intoxication, chronic infectious diseases (tuberculosis, syphilis), parasitic invasion.

Pancreatic intrasecretory activity cannot be ruled out; disturbances can cause changes in the synthesis of the hormone insulin with the development of a patient’s hyperglycemic syndrome in response to an increase in blood glucose

Pancreas problems occur in patients with gastritis, intestinal diseases, and bile secretion failure, because the organ suffers from a general digestion disorder. In the scheme of therapy and prevention of exacerbations, you can not do without proper nutrition.

What can I eat with chronic pathology?

From drinks, a rosehip broth, weak green tea is allowed. Butter a teaspoon can be put in the finished dishes, it is better to use olive. It is recommended to prepare a protein steam omelet from eggs, boil soft-boiled no more than once a week.

Table No. 5 is also shown to patients with pathology of the liver and gall bladder.

What is forbidden to eat with problems with the pancreas?

In diseases of the pancreas are strictly prohibited:

All carbonated drinks, black tea, coffee are contraindicated. Nutrition with each exacerbation of the disease begins with a period of hunger. If necessary, prolonged fasting, the patient is nourished by introducing special solutions into the vein. Then vegetable soups, liquid cereals are allowed. When the patient is stabilized, the diet expands.

Sample menu for patients for the day

Adult men and women, children with a pathology or functional breakdown of the pancreas need, in addition to the usual three meals a day, to provide a second breakfast and afternoon snack for a snack. Thus, food will flow evenly without overloading digestion. We give a menu option, on the example of which at home you can cook healthy dietary dishes.

We hope that when compiling the menu yourself, you will be guided by the total daily consumption: each dish should be no more than 150 g in weight; for an adult with a normal weight, 200 g of dried white bread and 30 g of sugar are allowed.

The first breakfast is liquid oatmeal in diluted milk, a rosehip broth.

The first breakfast is buckwheat porridge on the water, green tea.

The second is baked potatoes, kefir.

The first breakfast is a steam protein omelet (you can replace a soft-boiled egg), green tea with crackers sweetened with honey.

The second is a baked pear.

The second is a boiled apple.

Lunch – vegetarian soup with cereals, boiled piece of fish with a potato side dish, berry jelly.

The second is kefir with biscuits.

The second is a stewed apple.

Before bedtime, it is allowed to drink fermented milk products, if there are no contraindications

Diet for pancreatic disease requires cooking skills. It is much more difficult to organize a meal for a working person, because you have to carry lunch and snack foods with you, and look for a place to warm up. For young and inexperienced cooks, we give examples of some diet dishes with a description of the cooking process.

We offer a recipe for soup with cereals and vegetables. For one serving you will need: cereal 20 g (rice, oatmeal), half a glass of milk, one potato and carrot, a teaspoon of vegetable and butter. Pour clean cereal into boiling water, boil until completely cooked (time depends on the type of cereal).

Peel potatoes and carrots, chop, simmer in another pan. Lightly salt and crush in mashed potatoes with butter, mix well. Rub the prepared cereal through a sieve, mix the broth with stewed vegetables, add hot milk when boiling. It is better to put butter in a plate before eating.

Souffle from carrots and cottage cheese

A serving requires 2 medium carrots, 50 g of cottage cheese, half a glass of milk, one egg, a tablespoon of semolina, 5 g of butter. After cleaning, cut the carrots in small pieces and boil in milk until soft.

It must be wiped with cottage cheese, egg yolk, add semolina and mix well. Beat the protein and mix it into the mass. Put everything in a cooked mold for subsequent baking in a steam oven. Add some honey or xylitol.

Prepared from meat, cleaned of tendons and fat, minced meat. Suitable chicken or turkey. A serving will require 150 g of minced meat, 20 g of pulp of white bread, a little butter. In the minced meat is added soaked in water and pressed white bread, the whole mass is twice scrolled through a meat grinder. Small balls are formed, steamed. You can throw in boiling water, add cereals and make a meatball soup.

Kissel is made from fresh or frozen berries. If raw materials frozen from summer are used, then they do not require preliminary defrosting. Berries are filled with water and boiled. The composition is filtered to cleanse the skin. At the same time, a starch thickener is made. It is added with a tablespoon in hot water and stirred. The amount is determined by the required density of jelly.

Then connect the berry drink with a starch base, mix well. You can use ready-made jelly in packs. You should carefully look at the expiration date and the amount of sugar. If the patient needs a restriction, then he will have to cook jelly from berries with the addition of sweetener.

Nutrition problems in diseases of the pancreas are no less important than drugs. Patients know that if they violate a diet, they are threatened with an exacerbation with very unpleasant symptoms.

The pancreas is a very important organ in the digestive process and for the entire metabolism. For each hour, it produces about two liters of juice, containing 20 mg of essential enzymes and their previous biochemical forms. Failure of work seriously affects the body, requires long-term treatment. 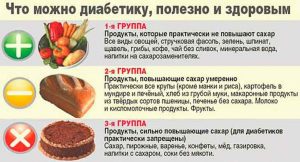 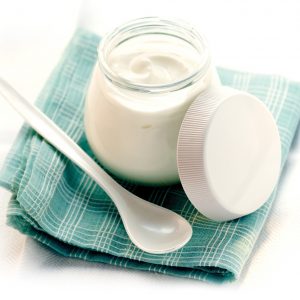 Yogurt: the benefits and harms 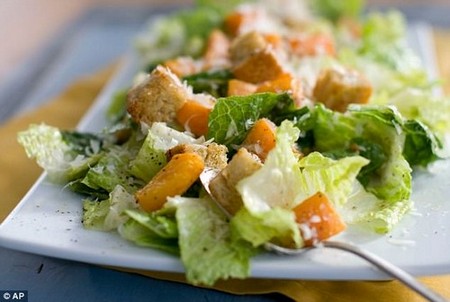 One person killed by E.coli-infected salad