Spondylitis is a disease of the spinal column, in which the displacement of one or even several vertebrae forward or backward relative to the normal axis of the spine.

The disease can begin to manifest itself at any age, but he always has preceding causes, and as a rule, osteochondrosis and disc herniation. Sick spondylodesis often equally men and women. Most often the disease is diagnosed in the lumbar region.

In the course of the disease can be divided into four stages. At the first stage, the patient does not show any complaints. Only during long periods of sitting or tilt of the torso may include pain in the affected location. In the second stage pain may occur alone, but it happens relatively rarely, but when moving there is a growing symptoms of the disease.

At the third stage, it is possible to the naked eye to look at the change of posture. The patient is now concerned not only with the pain but also limited mobility in the back. As a complication may develop paresis, paralysis, in most cases, incontinence of feces and urine.

Because of the constant severe pain practically constantly takes painkillers. At the same time he develops a special gait in which the legs are constantly bent at the knees, and the thorax or the abdomen protrude forward.

Displacement of the vertebrae in this disease don’t just happen. The main reasons can be considered such diseases and conditions as:

The symptoms will depend on what structures are involved in the pathological process, and it may be nerves, vessels or the spinal cord. But the most common complaint is pain, the severity of which depends on the duration and severity of the disease. While it may radiate to other areas of the body that depends on the location of the offset.

If the process involved the nerves, that is, complaints of numbness of the skin in the place of their innervation. There may come a paresis or paralysis of a limb, there is a weakness in the whole body or only in a certain area. Other signs of disease include lethargy, fatigue, tingling in hands and feet.

All these features can be considered common. However, the specific symptoms depend on the affected area.

So, for example, in lesions of the cervical prominence to such complaints as:

When spondylopathies in the region of the thoracic main complaints are:

If there is a lesion in the lumbar region or sacrum, at the forefront are such pathological signs, such as constipation or diarrhea and alternating, swelling in the legs, incontinence of urine and feces and the development of hemorrhoids. If spondylitis diagnosed in women, here there are often miscarriages, and men have problems with potency.

In the early stages is assigned to conservative treatment, including NSAIDs and introduction into the epidural space of hormones. As an additional means of therapy can be used massage, manual therapy, exercise therapy, acupuncture.

If conservative treatment fails, and the disease continues to progress, the operation is conducted, the aim of which is to fix the affected vertebra in the right position. After that comes the recovery period, which can last from a few months to a year. 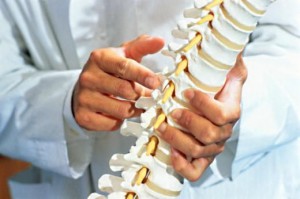 The symptoms and treatment of concussion of the spinal canal 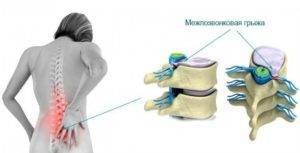 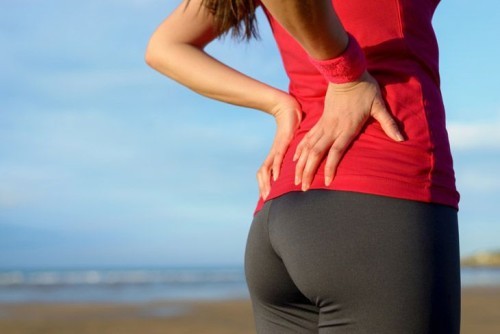 One thought on “What is spondylitis?”