During the ultrasound examination of the internal organs in screening children in the first year of life sometimes, the doctor discovers a cyst of the liver, and this finding may not a joke to scare parents. Among malformations congenital cysts of the liver is not the last place, they are quite common.

For the most part they are not dangerous to life and health of children require supervision, but in some situations can be a symptom of growths in the liver. It is therefore important to discuss – where they come from, what are and when require treatment

What is a liver cyst in a child?

Cyst surgery is called rounded or oval formation with the liquid contents inside and a dense shell, often with the capsule. This is a benign cavitary education, which can be localized in many organs, including the liver. In children can be congenital and are formed during life as a result of various pathogenic effects (most common is parasitic cysts of Echinococcus). Congenital cysts may form in any part of the liver, as from the outside, on the surface of the liver capsule, and in its column within the hepatic parenchyma. The diameter can be from a few millimeters to 25 cm.

The capsule wall of the cyst is represented mainly by connective tissue, some types of cysts on the inside can be lined with epithelium or secretory cells, often in the composition of the shell of the cyst revealed a dome-shaped or cylindrical cells. Filled cyst clear fluid like a gel, or any content, reminiscent of bile and having brown or green-yellow color.

How is the cyst?

According to statistics, liver cysts, both congenital and acquired character represent less than 1% of children. Congenital cysts are prevalent among them, and they develop at the stage of fetal development when there is a tab of liver tissue and bile ducts. Therefore, they identify already in the neonatal period, if there is liver ultrasound.

The small cysts do not affect the health of the child and not violate the work of the body, they are reduced gradually (dissolve) in the first couple years of life.

Looks congenital cyst such as a vial, filled with liquid contents, has a rounded shape, most often located in the lower part of the liver, in region of the right lobe or on the surface of the capsule, in sharp cases, the cyst is leg, which is hanging. In some cases the cyst may communicate with one of the hepatic ducts.

If we talk about the origin of cysts of the liver in childhood, they can be divided EN two groups:

If we talk about the inherent entities, their cause, is the necrosis of the tissue of interest at the result of negative external influences, disorders of fetal development and then the resorption of this area with the formation of cavity surrounded by a shell. Usually these cysts are small and isolated.

Acquired cysts in children are rare, they can become liver injury with hemorrhage and necrosis grow into hematoma, the formation of the rug, liver abscesses, or surgical intervention it.

The most common variant of hepatic cysts in children acquired character become parasitic – it is education with a dense shell, inside which the larvae develop tapeworms.

The number of formations of the tumor can be divided into single and multiple (polycystic liver). With polycystic lesions are typically multiple cysts of different sizes, damaging a large area of the body.

From the point of view of morphology of the cyst are divided into:

The theory of the origin of congenital hepatic cysts

The exact cause of the development of hepatic cysts in utero is not yet determined, but there are a number of pathogenic factors that can significantly affect the risk of development of such anomalies. Especially important infectious disease who carry the pregnant women or the influence of external pathogenic factors. One of the leading in the Genesis of cystic formations of the child in utero I think:

Symptoms of cyst in children

Normally the cyst does not manifest itself, and is a random finding on ultrasound, there may be symptoms of a pathology only in the background of certain co-factors or complications. When strikes in the region of the liver possible cyst rupture with discharge of its contents into the abdominal cavity and the formation of peritonitis, which requires immediate surgery. In the presence of a cyst on the leg may be its torsion with acute necrosis and pain, and hemorrhages. When bile duct, and the obstruction to the outflow of bile and salvinii bile ducts, if the cyst is large, may develop periodic jaundice.

If the cyst tend to increase, it will manifest itself only when large tumor size pain in the side if the abdomen on the right. Some children have typical shortage of weight in the first months of life, and loss of appetite, irregularity and digestion, General weakness and asymmetry of the abdomen by lifting it on the right. Have older children may be signs of a more specific plan:

Due to the dramatic growth of cystic masses in neonates with compression of the bile ducts is manifested jaundice, and against the background of the defeat of a large volume of polycystic liver signs of its failure.

Diagnosis and treatment of cysts in children

Usually the cysts are detected during routine surveys for other reason with the ultrasound of the liver, or when the sighting survey, if found the above symptoms. Due to the ultrasound revealed the exact localization of cyst, number of entities, the size and structure of the internal content. Then, if necessary, shown blood tests, including liver function tests, biochemistry and the level of bilirubin in the urine, and an MRI or CT scan of the liver. If growth and complications cysts not observed or it is a regression, education did not touch, only watch. If there is suspicion for cancer or complications, make the decision about the operation. 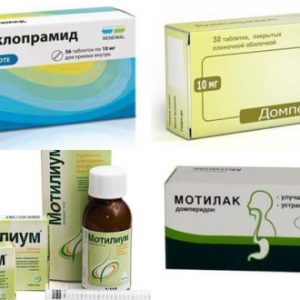 How to treat reflux esophagitis: the most effective drugs

Five million people in the U.S. have this long-lasting stomach disease 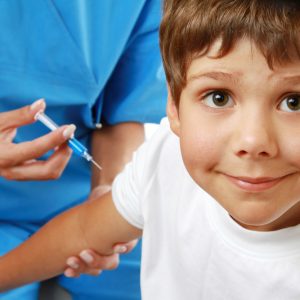 3 thoughts on “Congenital cysts of the liver in children: symptoms and treatment”