These concerns are separate from the trust’s maternity service, which, it was revealed on Tuesday, is now facing a police investigation alongside an NHS inquiry into more than 1,200 allegations of poor maternity care dating back to the 1970s.

Inspectors have raised “new and ongoing” patient safety concerns at Shrewsbury and Telford Hospitals Trust, it has emerged.

The Care Quality Commission has issued a new warning notice to the Midlands trust after an inspection of the hospital earlier this month sparked concerns for the welfare of patients on its medical wards.

In October, a patient at the hospital bled to death after a device used to access his bloodstream became inexplicably disconnected while he was receiving care on the renal unit.

The Health Service Journal reported the latest concerns related to the inappropriate use of bed rails and risks of patients falling from beds after several incidents. The CQC is also concerned about the trust’s use of powers to detain elderly or vulnerable patients on wards.

The concerns also include patients being at risk of abuse and learning from past incidents not being shared with staff.

Inspectors visited the trust on the 9 June and 10 June and as a result of what they saw, issued the trust with its fifth set of conditions and its third warning notice, which can lead to regulatory action including prosecution.

The Shrewsbury and Telford Trust has been rated inadequate by the regulator and placed into special measures.

It is subject to more than 20 conditions on its licence to provide services to the public.

The trust has the right to appeal against the CQC’s warning and conditions.

Heidi Smoult, CQC’s deputy chief inspector of hospitals, said: “In the last two years we have imposed conditions on the trusts registration on five occasions and issued three warning notices. The trust is in special measures and subject to close monitoring.

“At our most recent focused inspection in June, we identified some new and ongoing concerns around patient safety on the medical wards which led to enforcement action against the trust.

“Urgent discussions are taking place with NHS England about the way forward for this trust that will ensure the safety of patients using its services. We will report on the full findings of our inspection and action we take taken as soon as the legal process allows.”

The trust said it was recruiting a mental health specialist to work alongside ward teams, and was also revamping documentation used by nurses to ensure standardised record keeping.

It also said a new focus was being made on “fundamentals of care” including falls, skin care, use of bed rails, nutrition, and mental capacity of patients.

The trust also said it would be expanding its patient safety team and looking to embed a human factors approach to safer healthcare by understanding how people behave and make errors in their work.

Maggie Bayley, interim chief nurse at The Shrewsbury and Telford Hospital NHS Trust, said: “We take the feedback from the CQC extremely seriously and we are acting urgently to improve all aspects of the care highlighted by them.

“We have made some improvements in recent months, but it is clear that more has to be done to implement sustained change and to ensure we speed up our rate of improvement. We are committed to doing this.”

Maggie added: “We are focused on ensuring that our patients receive kind, compassionate and safe care.

“We’ve listened to what the CQC has said and getting things right for our patients is our top priority.”

Why does seasonal depression happen and how can you manage it? 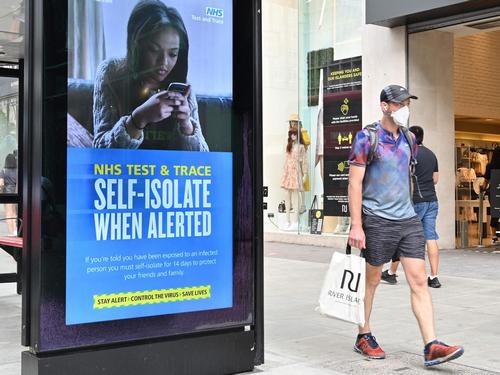