Leicester’s seven-day infection rate is 135 cases per 100,000 people – three times that of the next-highest city – while hospital admissions for coronavirus have crept up to between six and 10 a day, according to Mr Hancock.

Local leaders in Leicester have accused the government of failing to communicate in the run-up to the country’s first localised lockdown, saying the city has “been kept in the dark”.

A picture of confusion and delay has emerged in the wake of Monday night’s announcement, in which health secretary Matt Hancock ordered the closure of non-essential shops and schools in the city following a recent surge in Covid-19 cases.

It means that, while the rest of England is emerging from months-long lockdown and returning to reopened shops and pubs, the 330,000 residents of Leicester are enduring prolonged restrictions.

Although the decision has been met with support across the political spectrum, local authorities have raised questions over the speed in which the government acted, the manner in which it communicated critical data and how the lockdown will be enforced as surrounding areas open up.

An apparent gap in the reporting of infection data for different cities and regions across England has been flagged as a particular concern, hampering the ability of officials within Leicester to grasp the full scale of the outbreak and respond accordingly.

Compared to the daily figures released by the Department for Health and Social Care, which includes tests from hospitals and those processed by commercial laboratories, the equivalent regional data only contains hospital tests. This has prevented local authorities from developing, in real time, a picture of what is happening in their communities.

According to data available to Leicester officials, the city recorded 80 new positive tests between 13 and 26 June. However, separate government-held data showed that there were 944 infections over the same period.

“We’ve been struggling to get information from them [the government] about what data they had, what led them to believe there was a particular problem here, and struggling to get them to keep the level of testing in Leicester,” said Sir Peter Soulsby, the city mayor, who claims he received a government email at 1am on Monday with recommendations for a localised lockdown.

He added he has been trying “for weeks” to access data on the level of testing in the city and was only provided with this last Thursday.

“The people are totally confused,” Paul Wesley, the Labour councillor for Beaumont Leys, a suburb of Leicester, told The Independent. “I think we’ve handled it as a city very good, but also this data should have been released to us. It should have been with us from early on. I think once this is all over there’ll be serious questions to ask.”

Dr Susan Barton, the councillor for Braunstone Park and Rowley Fields, said it had “taken quite a while to get to where we are”.

“We have been kept in the dark as I can’t really tell you anything as I haven’t seen any data myself at the moment,” she told The Independent, adding that “our priority is making sure the city is kept safe and any infection is kept under control”.

The British Medical Association (BMA) has since urged the government to share “timely, comprehensive and reliable” information to all those involved in the management of new cases at a local level.

Mods and rockers unite on Madeira Drive, Brighton, for a demonstration to call for the reopening of the road which Brighton & Hove City Council plans to keep closed permanently

Dr Chaand Nagpaul, chairman of the BMA Council, said: “The prime minister has talked about a ‘whack-a-mole’ strategy to tackle local outbreaks, but this is no use if the people leading the response on the ground – public health teams or local leaders – are not given the most accurate up-to-date data possible.”

Leicestershire’s police and crime commissioner revealed that local police were not issued a map of the areas affected by the new restrictions until “well after the announcement”.

“That has now been issued, but, unfortunately, we received minimal guidance regarding practical implementation at the time the measures were imposed,” said Lord Willy Bach.

“I have a great deal of sympathy with the agencies charged with delivery. They needed clarity from the start, and I am astonished that it is being drip-fed as the day progresses.”

Speculation has also arisen over how Leicester came to be one of England’s worst-affected cities. The Independent understands that, in the government briefings with local officials and public health figures that preceded Monday’s announcement, there was a recognition that cases in Leicester were spiking but those present struggled to clearly explain why.

It was suggested that the city’s food processing plants, which are being allowed to stay open under the current restrictions, were responsible for an initial resurgence that spread throughout the wider population. The end of Ramadan, and an apparent coming together of Leicester’s Muslim communities, was also raised as a possible explanation.

Top public health officials additionally theorised that the R rate in Leicester never really fell after the UK-wide lockdown was first implemented on 23 March, meaning it continued to “bubble” away until the more recent spike.

Amid ongoing investigations and analysis into the city’s outbreak, focus has turned to how Leicester’s restrictions will be implemented and what support will be provided.

Labour leader Sir Keir Starmer has said the local population was “crying out” for answers while health secretary Jonathan Ashworth, who represents Leicester South, said people and local businesses were “really worried” and “anxious” over what is to come.

On Tuesday, the Leicestershire Police Federation, which represents rank-and-file officers, said it was “essential we get clarity from the government as soon as possible on what the public can and can’t do”.

Claudia Webb, MP for Leicester East, meanwhile called for “unity” among the city’s communities and warned against playing the “blame game”.

“Because of the way this whole communication has been managed, we’re now going into blame and people have already started that,” she said. “This is going to cause divisions and not unity. I wholeheartedly reject those seeing to blame Leicester residents for this outbreak. It’s unacceptable.

“What I’m concerned about is how you keep communities united. That is one of my key missions as a member of parliament, is keeping the unity among extremely diverse communities so that we haven’t got Hindus blaming Muslims, Sikhs blaming Hindus and then there’s the white working class. All of these groups need to stay united as a city. Unity is what is needed now. We must come together.”

Boris Johnson, facing criticism from Mr Starmer that the government had been “slow to act”, said in the House of Commons that the “government first took notice and acted” on the spike in infections in Leicester on 8 June.

“We sent mobile testing units shortly thereafter,” he said. ”For reasons that I think the house will probably understand, there were particular problems in Leicester in implementing the advice and in getting people to understand what was necessary to do.” 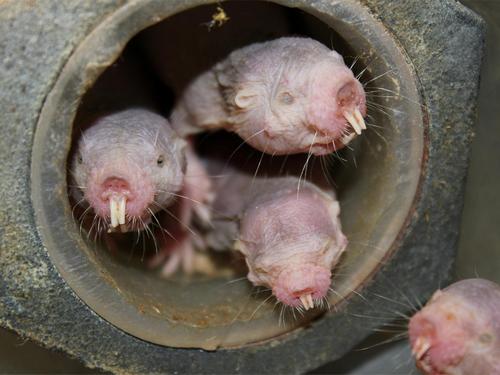 Smoking kills to be on every cigarette in new tobacco rules