The SHE correspondent took advantage of the moment and met with the region’s top specialists, asking them a few frequently encountered questions on sexually transmitted infections in the forums. Questions were asked on topics that are more controversial than others.

At the end of last week in Novosibirsk, the Siberian Scientific and Practical Conference “Dermatovenereology of Siberia – Science and Practice” was held, at which experts discussed, among other things, the nuances of delicate diseases.

Statement one: some infections, in particular chronic chlamydia, can not be treated.

Such statements began to appear not so long ago, namely, when commercial medicine blossomed and some infections became “fashionable”, for example the notorious chlamydiosis, which at least was not revealed except for someone who has never given a full range of tests. Accordingly, there was also an opposition with the opinion that if the disease is found almost everyone, then you can live with it peacefully. This is not quite true.

“Chlamydia, about which there are many disputes, can not be attributed to mild diseases, it requires treatment, but the approach to this treatment must be different,” comments Nina Dolzhenitsina, chief physician of the Irkutsk Dermatovenerologic Dispensary. – It is important to consider the course of the infection, as well as the group to which the patient belongs.

Women of childbearing age who plan children should be treated necessarily. Equally important is proper diagnosis and its competent evaluation.

Today, often there is a hyperdiagnosis, when the doctor is reinsured and prescribes a serious antibacterial treatment, and the diagnosis is inadequate at the same time. ” Oleg Vasiliev, the chief freelance dermatovenereologist of the regional directorate of medical support for ZapSibBZ notes that the diagnosis can be made on the basis of at least two types of research, and if it is a matter of conditionally pathogenic microorganisms, which include mycoplasmas and ureaplasma, you need to focus on quantitative indicators – treatment is only started if their level is significantly exceeded.

The second statement: you can get infected in the bath and pool, as well as visiting.

A necessary and sufficient condition for infection is close contact with the infected object, which is always achieved during sexual intercourse and almost never in everyday life. All pathogens of STIs are unstable in the external environment and quickly die outside the human body. The only exception is a common towel, but here you also need to try – the gap, so that the discharge of the patient has time to get on your mucous and maliciously trigger, should be a few minutes. In any case, the rules of personal hygiene invented not in vain.

But, as Oleg Vasiliev recalls, there is a category of people with a weak immune system – first of all people of the age and children who are much easier to get infected by the household way than others. Because, experts say, if the family has adults with a diagnosis of “chlamydia,” and there are girls of preschool age, then girls need to check in any case.

Adoption of the third: doing oral sex, we take no chances.

“It depends on what kind of disease is meant,” comments Nina Dolzhenitsina. – If it is a matter of gonorrhea or syphilis, then they are transmitted. I had examples when we bought a package of miramistin in the pharmacy, when asked why they had so much, the customers answered that they rinse their mouth. ” As the professor of the department of dermatovenereology of the medical faculty of the NGMU Olga Nemchaninova said, in fact, the mucous of the genital organs is identical to the oral mucosa, and if the bacterial agent enters the body – it does not matter to him how he will do it. By the way, according to statistics, the “receiving” partner is more at risk.

The fourth statement: if there are no symptoms of infection, then health is in order.

Unfortunately, the peculiarity of intimate diseases is such that even the most serious infections today are asymptomatic. “If 30 years ago, patients came with gonorrhea and experienced some unpleasant sensations, today she does not show herself. Sometimes we even identify it by accident, “explains Oleg Vasilyev. In this case, as to whether it is worth checking for all infections every year, there is no one-on-one opinion.

“If a person is not going to start a family and continues to lead a habitual way of life, changes partners, there will be no benefit from treatment, he is likely to soon get infected again, says Oleg Vasilyev.

Nina Dolzhenitsina cites as a comment a half-joking statement, which is based on the facts: “The probability of infection, if you have one partner, is about 10%. If you have a familiar partner, but you have not seen him for a long time, the probability is 25%. If you met a partner on a visit with friends – it’s about 50%. And if you met a man in a bar – already 75%. If you are simply chronically unlucky, then you will become infected 100% of the time. ” The essence of the statement is that even partners who are confident in each other have 100% risk. But the final choice is only for the patient himself – doctors rely on the consciousness of each individual.

The fifth statement: If I have a disease, and my partner does not, then he is healthy and he does not need to be treated.

And again the question is controversial – someone wants to be safe and gladly sends the husband to be treated both from candidiasis and from trichomoniasis. Because it is so “more effective”. Dermatovenereologists, however, do not always welcome medical extremism: “Everything depends on the state of the partner’s immune system. In addition, we need to distinguish between sexually transmitted infections and infections that are present in the genital area.

Some doctors do not take into account the difference. But at the same time, for example, mycoplasma and ureaplasma occurs in 50-80% of clinically healthy people, “says Oleg Vasiliev. Strict rules exist, according to venereologists, for some true venereal diseases – syphilis, gonorrhea, and also trichomoniasis. Then you need to be treated both. In other cases, many factors need to be considered, including whether the family is planning to replenish.

Three dangerous sexual infections, which are very difficult to get rid of 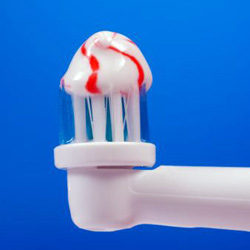