With the arrival of gray slushy wetness, we begin not to get enough sleep, get irritated and get tired already at one glance at the window.However, someone is just a seasonal breakdown before humility with the winter, and someone – really sick.

From the feet of the exchange

You feel tired from the very morning, you can not overpower even a slight physical exertion, constantly do not get enough sleep, immunity to hell … Close people call you a simulator, because there is really nothing to get tired of. You yourself can not explain why you are so tired, and from such an injustice the depression is already on the horizon. A familiar picture? Previously they would say simply – avitaminosis. There were simply no other names. And now there is.

The definition of “chronic fatigue syndrome” (CFS), often not credible to either physicians or patients, appeared after the 1984 epidemic of the disease in the state of Nevada, which knocked over 200 people at once. All of them experienced depression and strong muscular weakness.

In the International Classification of Diseases, adopted by the World Health Organization, the syndrome is recorded under the name “benign myalgic encephalomyelitis”. Chronically tired patient can also be diagnosed with “neurasthenia”, “polyviral asthenia” and so on.

Characteristic for CFS (however, they may indicate other diseases) are:

There is a sharp decrease in immunity – some scientists even call the disease “AIDS-like”.

Previously, such girls – withering for no reason at all – were considered victims of evil eye and spoilage. Scientists have not yet come to a common opinion about the causes of the disease. There are two main versions. The first: the virus, probably, the herpes is guilty, and it is possible, while not having named the new causative agent. The second version: the case in psychiatric pathology and related somatisation disorders.

But we know that in the risk group – workaholics, office workers, energetic, with increased sense of responsibility and increased vulnerability. About 70% of all cases described are women 25-49 years old. Risk factors – a sedentary lifestyle, improper diet, stress, prolonged work with the computer, inability to rest.

The most difficult thing in the case of this syndrome is to make a diagnosis. And both therapists and psychotherapists tend to refuse to put it. “Syndrome of chronic fatigue is not a diagnosis at all, but a symptom,” says Yulia Vasilyeva, a therapist at Zdravica Medical Center. Indeed, under the group of symptoms inherent in CFS, many chronic diseases can be masked. “As a rule, patients with such complaints have either osteochondrosis or diabetes mellitus, as well as diseases of the thyroid gland, gastrointestinal tract or opisthorchiasis.” – Vasilieva stresses that when suspected of CFS, one must be checked for these diseases, as well as for inflammation.

During the examination period, the patient is often prescribed general exchange drugs for relief of symptoms: “Magne B6”, “Glycine”, B vitamins, ginseng, lemongrass, eleutherococcus.

“It takes a lot of time for examinations, and as a rule, patients with no pathologies you will not find. That’s why I have never diagnosed “chronic fatigue syndrome” for 12 years of work, “says Natalia Moiseyeva, a doctor-therapist at the Central Scientific and Technical Center in Akademgorodok. That is, CFS is a diagnosis that is made when all tests are normal, and the symptoms stay more than six months.

The therapist, too, is unlikely to proclaim: “You have SHU!”. “What is called the syndrome of chronic fatigue – in fact, a hidden sluggish depression,” – says the therapist Alexander Butskikh.

The only doctor who, in a conversation with a SHE correspondent, confessed that he diagnosed CFS, was a neurologist. “Every month at least 7 people come to me with such complaints, and I put the” chronic fatigue syndrome “after three examinations,” said Tatyana Artemyeva, a neurologist at the Avicenna MC, explaining that the following fatigue is characterized by the usual fatigue factors:

If the syndrome of chronic fatigue is not treated, it will sooner or later pass – however, this “sooner or later” is calculated by years of depression and, most likely, catastrophe on the personal and career fronts.

Treatment also implies an integrated approach: the doctor will prescribe to you walks, diet, antidepressants and symptomatic treatment with other medications.

Psychologist Andrei Zberovsky believes that avoiding pills and doctors can be preventive: you need to treat yourself more attentively and kinder, not leading the matter to “driven horses are shot.” “In most people, the disease is limited to the first stage,” the psychologist calms. “A person goes on vacation on time, rests, sleeps … But one who bravely, proud of himself, continues to overcome the accumulated fatigue, overtakes the next blow, which turns out to be many times stronger.”

Global warming will cause a spate of heat related deaths 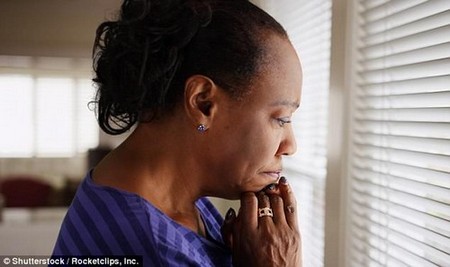 Depression may cause memory problems by speeding up brain-aging