A new test could predict from the earliest stage of pregnancy whether a woman will go on to suffer a miscarriage.

Researchers discovered measuring the levels of a type of protein in a woman’s body as early as four weeks can indicate whether she will lose her baby.

Periostin plays a key role is in implantation and early embryonic development. But elevated levels can be a sign of injury or inflammation.

Experts from the University of Heidelberg in Germany said that while a miscarriage can’t be prevented, an early-screening test may put the minds of pregnant women at ease.

Writing in the journal Reproductive Biology and Endocrinology, the study authors wrote: ‘A miscarriage means an enormous distress for the patient and a predictive test with a negative result could be used to reassure anxious patients.

‘On the other hand, a predictive test with a positive result can warn the patients in a very early stage of pregnancy, and will prohibit unnecessary prolongation of the current pregnancy.’

Experts say that while a miscarriage can’t be prevented, an early-screening test may put the minds of pregnant women at ease (stock photo)

Among women who know they’re pregnant, it’s estimated one in six will end in miscarriage, according to NHS Choices. Many more miscarriages occur before a woman is even aware she has become pregnant.

The study, the first of its kind, analysed 41 women between the aged of 18 and 42 who had conceived by IVF treatment or intracytoplasmic sperm injection (ICSI). None had any disease or complications,

Serum samples were taken at the time of pregnancy testing and the following first ultrasound checkup after approximately 10 days.

The team did not find any significant difference in PER levels at the time point of pregnancy testing or PT or ultrasound.

But between four and six weeks of gestation, they observed patients who went on to have a miscarriage showed ‘significant’ higher levels of PER compared to those who went full term.

The researchers concluded that PER levels are ‘a potential promising biomarker for pregnancy outcome assessment’.

There are probably many reasons why a miscarriage may happen, although the cause isn’t usually identified, according to NHS Choices. The majority aren’t caused by anything the mother has done.

It’s thought most miscarriages are caused by abnormal chromosomes in the baby.

If a miscarriage happens during the second trimester of pregnancy – between weeks 14 and 26 –  it’s sometimes the result of an underlying health condition in the mother.

For most women, a miscarriage is a one-off event and they go on to have a successful pregnancy in the future.

She said: ‘Miscarriages are far more common than people are sometimes willing to admit, so research into why they happen and how to prevent them is absolutely vital.

‘Now, there are growing links between protein and the likelihood of a miscarriage, and periostin can be a vital marker, especially in women who have undergone IVF.

‘The hormone is liked with the changing number of cells in the body, and its levels can spike during injury or inflammation.

‘It doesn’t have the ability to completely prevent a miscarriage, but monitoring it could put women at ease, knowing if they may be at an increased risk as soon as four weeks after getting pregnant.’

CAN MISCARRIAGES BE PREVENTED?

The majority of miscarriages can’t be prevented.

If a woman has suffered from more than three miscarriages, she may be able to be helped to keep her pregnancy with medication under the care of a specialist.

However, there are some things you can do to reduce the risk of a miscarriage:

Treating an identified cause

Sometimes the cause of a miscarriage can be identified. In these cases, it may be possible to have treatment to prevent this causing any more miscarriages. Some treatable causes of miscarriage are outlined below.

Antiphospholipid syndrome (APS), also known as Hughes syndrome, is a condition that causes blood clots. It can be treated with medication. Research has shown that a combination of aspirin and heparin (a medicine used to prevent blood clots) can improve pregnancy outcomes in women with the condition.

A weakened cervix, also known as cervical incompetence, can be treated with an operation to put a small stitch of strong thread around your cervix to keep it closed. This is usually carried out after the first 12 weeks of your pregnancy, and is removed around week 37. 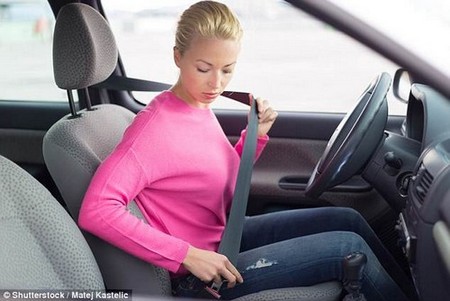 Female sex addict appears on This Morning to break the stigma

Are you allergic to your own house or Christmas tree?