Experts analysed exposure to sooty particles which are particularly linked to emissions of old diesel cars. These particles – called PM2.5 – are so fine that they are breathed into the lungs and enter the blood stream.

Poorly-shaped sperm may not be the end of the world: Recent research has shown that sperm shape is not as important as once thought. Scientist found men at high levels of this pollution were far more likely to have sperm of an abnormal size and shape.

Just last month World Health Organisation data revealed 43 of 50 large towns and cities in Britain have dangerously high levels of PM2.5 particles. More than 40,000 people are thought to die early every year in the UK because of air pollution, which is known to contribute to heart problems, lung disease and dementia.

Male fertility is as at-risk as for women

The new research suggests it could also have a major impact on men’s ability to start a family. The study, published in the BMJ journal Occupational and Environmental Medicine, warned ambient air pollution ‘may serve as a risk factor of male reproductive health’.

The data comes as experts are increasingly warning fertility is not just a women’s issue.

MALE FERTILITY IMPLICATED IN 49 PER CENT OF IVF CYCLES

Portrayals on TV of couples seeking a child through IVF suggest it’s mostly a woman’s concern. However, research over the last few decades have recorded a dramatic decline in the quantity and quality of sperm.

Dr Catherine Hood, a consultant in psychosexual medicine, said: ‘Women are often quick to blame themselves if they don’t get pregnant, and overlook the fact that it is increasingly likely that the problem lies with their partner.’

As a result, many women may seek fertilisation therapies for themselves, when a problem conceiving may not be down to them but their partner.

Doctors recommend using less invasive treatments like intracervical insemination (ICI) – the use of a cervical cap to hold sperm close to the cervix – and intrauterine insemination (IUI), before resorting to IVF.

While women have been blamed for decades for the UK’s dwindling fertility rates, official statistics show 49 per cent of IVF cycles carried out in Britain are now linked to male fertility problems.

The new study, led by researchers from The Chinese University of Hong Kong, examined sperm samples collected from 6,500 Taiwanese men aged 15 to 49. The researchers also measured PM2.5 exposure at the participants’ homes over two years.

Higher pollution was associated with a significant drop in normal sperm shape and size – also known as sperm morphology. Men who were exposed to more pollution were at a 26 per cent increased risk of being in the bottom 10 per cent of normal sperm size and shape.

However, higher levels of ambient air pollution were also linked to a significant increase in sperm numbers, which the researchers suggest is possibly as a compensatory mechanism to combat the detrimental effects on shape and size.

The authors wrote: ‘Infertility is a global public health concern.

‘It was estimated that 48.5 million couples worldwide were infertile in 2010.

‘We found a robust association between exposure to PM2.5 air pollution and low percentage of sperm normal morphology in reproductive-age men.

‘Although the effect estimates are small and the significance might be negligible in a clinical setting, this is an important public health challenge.’

‘The jury is still out’

Professor Allan Pacey, an expert in male fertility at the University of Sheffield, said he was not convinced by the findings, because sperm shape is not as clinically important as people once thought.

He added, however: ‘Air pollution probably does have the potential to negatively influence male reproductive health.

‘But the jury is still out about quite how and to what extent this impacts on male fertility, rather than measurable and small interesting changes in semen quality.’

Kevin McConway, emeritus professor of applied statistics at The Open University, said: ‘This is an interesting study, but it’s important to be aware of its limitations.

‘If I were young enough to worry about my fertility, I wouldn’t put moving to an area with cleaner air at the top of my list of actions – though there are certainly many other health-related reasons to live in cleaner air.’ 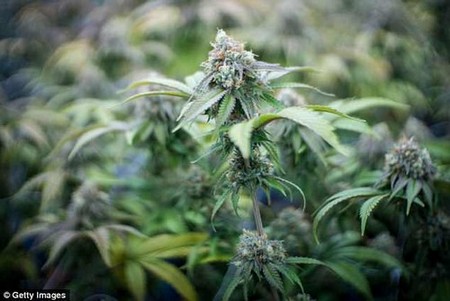 Half of America’s doctors recommend marijuana to cancer patients 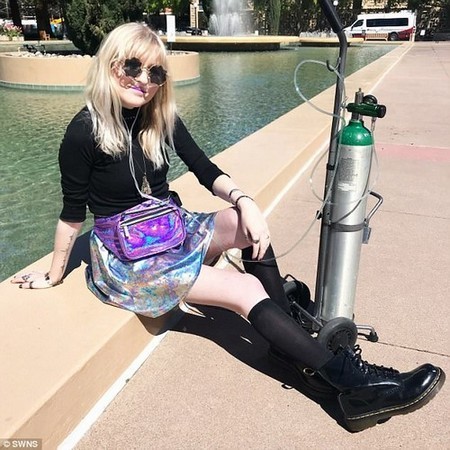