The H3N2 subtype triggered two and a half times the normal number of cases in Australia. Britain’s flu season tends to mirror what has happened there.

Government statistics show 1,111 people were struck down with flu as temperatures dropped last week – a 156 per cent jump on the previous seven days.

The dreaded Aussie flu outbreak expected to be the worst in 50 years has taken hold of Britain as official figures reveal cases have more than doubled in one week.

The sharp rise in cases, released by Public Health England, has been triggered by a surge in two aggressive subtypes attacking the population simultaneously.

One includes the so-called ‘Aussie flu’, a strain of influenza A which wreaked havoc on hospitals in Australia during the country’s winter.

Experts fear the virulent flu strain, which has now reached the UK, could prove as deadly to humanity as the Hong Kong flu in 1968, which killed one million people.

Government statistics show 1,111 people were struck down with flu last week – a 156 per cent jump on the previous seven days. Usually, just one subtype, either influenza A or B, is responsible for the majority of  cases. It spreads much easier in the cold weather.

But last week 522 cases of influenza A and 546 of influenza B were recorded across England and Wales. Some 43 cases are yet to be identified. Some 23 people have died from the flu outbreak so far this winter, with nearly a third of fatalities having occurred last week.

However, this winter’s outbreak shows no signs of slowing down, as flu cases are expected to rocket even further in the coming weeks.

HOW MUCH PRESSURE IS THE NHS UNDER?

Earlier this month, NHS Providers, which represents hospital trusts, said hospitals will be ‘sorely tested’ this winter. Its comments were provoked by chief executives of two hospitals who admitted their bed occupancy rates are 98 per cent and 99 per cent respectively.

And concerned doctors warned patients will have to ‘sleep, take paracetamol and pray’ ahead of the impending winter crisis.

The NHS is expected to face unprecedented pressure in the coming months, as campaigners fear it will be disastrous amid soaring waiting lists in A&E. The worries follow last year’s winter crisis, which saw health secretary Jeremy Hunt beg people to stay away from turmoil-hit hospitals.

The Red Cross branded the situation a ‘humanitarian crisis’ – a term used to describe the devastating civil war in Syria and Yemen. Cases this year are almost 10 times higher than they were at the same point in 2015, according to the PHE data. Just 132 cases were recorded then.

But in 2015, Government figures suggested that the winter flu played a part in more than 16,000 deaths. Only 577 deaths were recorded in the previous winter.

The total recorded in week 51 is also double that of last year, when 583 cases, mainly of the H3N2 subtype, were reported. The sharp rise in flu is only expected to cause further problems for the NHS, with cases of the winter vomiting bug also continuing to soar.

Some 2,117 people have been infected with norovirus since July. The figure has raised at a steady level week-on-week since October.

Nick Phin, of PHE, said: ‘Flu activity, as measured by a number of different systems, has continued to increase in the last week or two.

‘This is to be expected as the season progresses and at this point the numbers are in-keeping with previous years.

‘The circulating flu strains match those in the current flu vaccine, so the vaccine remains the best defence against the virus.’

The PHE figures follow repeated predictions by researchers that the flu vaccine may only be 20 per cent effective this winter – just like last year.

The sharp rise in cases, released by Public Health England, has been triggered by a surge in two aggressive subtypes attacking the population simultaneously

Studies have suggested the H3N2 strain, used in the jab created by World Health Organization scientists, has mutated to evade detection.

Statistics from Public Health England reveal how many people were infected during week 51 of the previous four winters.

Some experts in Australia blamed this as a reason why they suffered such a severe flu outbreak. The vaccine used in the UK will be very similar.

The WHO creates the vaccines in March, based on which flu strains they expected to be in circulation. They are then doled out in September.

Australia – whose winter occurs during the British summer – had one of its worst outbreaks on record, with two and a half times the normal number of cases.

Some of the country’s A&E units had ‘standing room only’ after being swamped by more than 100,000 cases of the H3N2 strain.

The elderly with their compromised immune systems are particularly susceptible, and a spike in cases among young children has also been shown.

The same strains of the virus will circulate north in time for the British flu season, which typically begins in November and lasts until March.

Flu viruses are constantly changing proteins on their surface to avoid detection by the body’s immune system – making it more deadly.

This transformation is called an ‘antigenic shift’ if it’s large enough, and can lead to a pandemic. This was responsible for the swine flu outbreak in 2009.

The Aussie flu is transforming quickly, but not fast enough for experts to describe it as a shift. However, it is slowly building up immunity.

NHS PREPARES FOR THE WORST FLU OUTBREAK IN 50 YEARS

The dreaded Aussie flu outbreak that the NHS is preparing for will be the worst in 50 years, experts warned in September.

Some A&E units in Australia had ‘standing room only’ after being swamped by more than 100,000 cases of the H3N2 strain.

Professor Robert Dingwall, a public health expert at Nottingham Trent University, said it is ‘inevitable’ it will reach Britain.

He said it could claim as many lives as the Hong Kong flu outbreak in 1968, which killed at least one million people.

‘Public Health England should be working with local authorities and local health services to ensure more hospital beds are freed up. We need to be prepared, alert and flexible.

‘There is no point in trying to close the borders. It’s almost inevitable this will come to us.

‘This is potentially the worst winter since the Hong Kong flu outbreak of 1968.

‘Lots of people have been very badly affected in Australia and whilst their mortality rates are not out yet we suspect this is a more severe strain than most other years.’ 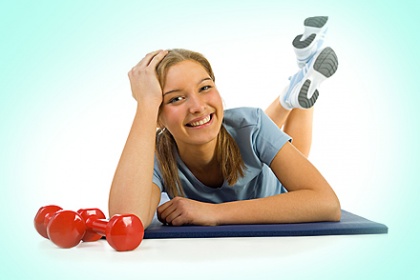 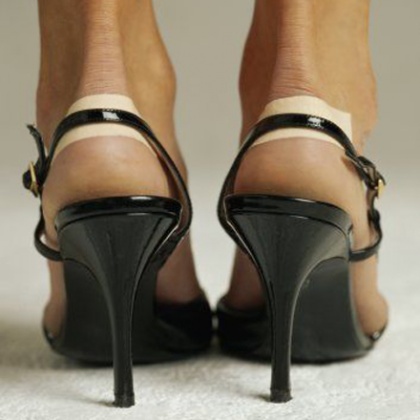 Narrow shoes and high heels provoke the formation of corns