In Casino Royale, a sweaty James Bond self-defibrillates, with the help of a Bond girl, after going into cardiac arrest when poisoned. After a miraculous recovery, 007 resumes his interrupted poker game without any sign of the common brain injury complication.

The British public will be overindulging in food, drink and cardiac misinformation this Christmas as they settle down to watch inaccurate movies which could affect their chances of surviving a heart attack, the British Heart Foundation (BHF) warns.

Previous research reveals four in 10 people believe the symptoms and treatment of heart disease we see on the big screen, this could be fatal if it causes them to miss the warning signs in themselves or others.

During a groom’s speech in Four Weddings & a Funeral, Simon Callow’s character Gareth dramatically grasps at his chest while suffering out-of-the-blue chest pain before falling to the ground, knocking over a tray and scattering cutlery everywhere.

Field Operation Agent Ethan Hunt, played by Tom Cruise, miraculously springs back into action without needing any recovery time after having his heart restarted in the third Mission Impossible installment.

An iconic scene in Quentin Tarantino’s Pulp Fiction sees John Travolta’s character Vincent Vega revive Mia Wallace, played by Uma Thurman, after she overdoses on heroin and loses consciousness. An adrenaline injection straight into the heart, which is not recommended for any cardiopulmonary resuscitation (CPR), is enough to make Mia convulse around the room.

In Ocean’s Thirteen, Elliott Gould, who plays a flamboyant entrepreneur, is seen having a ‘heart attack’ when he dramatically falls to the ground and clutches his chest after learning he has been deceived.

Around 250,000 people have a heart attack a year in the UK, of which one third die before they get to hospital; usually due to them not being treated in time.

In Casino Royale, Daniel Craig’s James Bond character self-defibrillates, with the help of a Bond girl (left and centre), after going into cardiac arrest when poisoned. After a miraculous recovery (right), 007 resumes his interrupted poker game without any complications

During a groom’s speech in Four Weddings & a Funeral, Simon Callow’s character Gareth dramatically grasps at his chest while suffering out-of-the-blue chest pain before falling to the ground (left). Hugh Grant’s character Charles (centre and right) rushes to help

SYMPTOMS TO LOOK OUT FOR:

Heart attack (blood supply to the organ being blocked):

‘All people can have a heart attack’

Comical ‘Hollywood heart attacks’ may cause people not to understand the seriousness of their condition and therefore be slow to seek treatment, according to the BHF.

They may also lead people to believe heart-attack symptoms are just out-of-the-blue chest pain and a dramatic collapse, with only overweight men being affected.

Julie Ward, senior cardiac nurse at the BHF, told MailOnline: ‘All types, shapes and gender of people can have a heart attack.’

She adds the sooner people can get to hospital, the better their survival chances will be.

To maximise people’s survival prospects, they should be treated within one hour of the first symptoms showing, rather than assuming the pain will ease.
John Travolta’s character Vincent Vega revives Mia Wallace, played by Uma Thurman in Pulp Fiction via an adrenaline injection into the heart, which is not recommended for any CPR

Field Operation Agent Ethan Hunt, played by Tom Cruise, springs back into action without any recovery after having his heart restarted in the third Mission Impossible installment

Other films that inaccurately portray heart attacks and cardiac arrest include:

The Tall Guy: Nurse Kate, played by Emma Thompson, resuscitates a patient who has suffered cardiac arrest by falling on them like a wrestler’s body slam, which could be fatal if repeated in a real-life scenario.

Flatliners: In the sci-fi psychological horror, medical students spit on and rub defibrillators together, which would cause electricity to travel the wrong way and damage the device.

The Abyss: The 1989 sci-fi movie directed by James Cameron shows random electric shocks being applied to a patient in a pool, which would risk electrocution.

Jurassic Park: CPR allows a child to miraculously finish a sentence he started before having a ‘cardiac arrest’.

The Godfather: Gives the impression heart attacks only happen to elderly, overweight men. 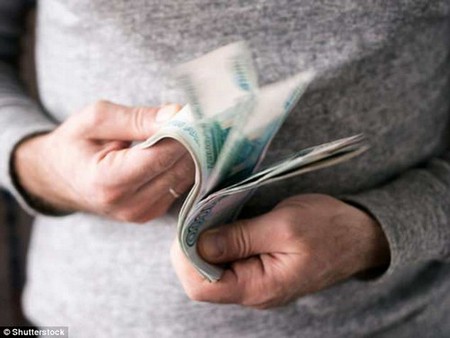 Unattractive people earn more as they devote themselves to careers