Medics who treated the woman, who later died of a complication, at the Princess Royal University Hospital broke the news in the BMJ Case Reports.

A 97-year-old British woman has become the oldest person to ever be struck down with chickenpox, claim doctors.

The unnamed patient, from London, had already battled the contagious bug as a child before contracting it again nine decades later.

The NHS states it’s ‘extremely rare’ for someone to be struck with it twice because most adults go on to develop shingles – when the dormant virus is reactivated.

They assumed she was too old to have chickenpox – despite having the tell-tale rash that is associated with the usually harmless virus.

The unnamed patient, from London, had already battled the contagious bug as a child before contracting it again nine decades later

They wrote: ‘To our knowledge, we present the oldest reported case of primary varicella zoster infection in an immunocompetent patient.

‘Although there has been a previously reported case, it was not regarding a patient as old as ours.’

The elderly woman visited the A&E department at the hospital in Orpington after she became concerned about her four-day-old rash. She told her doctors how the itchy rash initially started on her feet before spreading to her thighs, chest and abdomen.

The woman, who lived alone and was a former smoker, also had been struck down with a fever and bouts of vomiting.

Chickenpox infects about 65 per cent of children in Britain before their fifth birthday – nearly eight million one to 10 year olds in the UK. It is usually mild and clears up in a week or so, but it can be dangerous for some people, such as those with a weakened immune system.

Adults can be struck down with the highly contagious virus, which can be spread by touching a contaminated surface or being in close contact with someone infected.

Dr Annalan Navaratnam, who reported the case in the medical journal, revealed how they initially misdiagnosed her with pemphigus.

Because they thought she had the rare skin disorder, which causes blisters and sores on the skin, she was given steroids. But they then became concerned that it could be chickenpox, prompting doctors to conduct various tests to make a diagnosis.

Swabs then revealed the patient had contracted the varicella zoster virus – which is responsible for chickenpox. Suspicions were also raised that it could have been shingles – which is caused by the same virus becoming reactivated later in life and leaves a similar rash.

But two senior consultants, a geriatrician and a dermatologist diagnosed her with chickenpox, which usually strikes in childhood. She was given medication to combat the potentially deadly virus.

Despite appearing to be recovering well, she passed away from a heart attack 16 days after she was admitted to hospital.

Superdrug became the first UK high street retailer to offer the chickenpox vaccination in July. The jab is not routinely offered on the NHS – despite being widely available in the US, Europe and Australia.

The move was hoped to increase the vaccine uptake, making getting the extremely common virus in childhood a thing of the past. Campaigners have called for it to be mandatory because in some cases it can lead to serious complications such as meningitis and pneumonia.

However, there are fears that introducing it for all children could increase the risk of chickenpox and potentially serious shingles in adults.

The 6 weirdest sex injuries ER doctors have ever seen 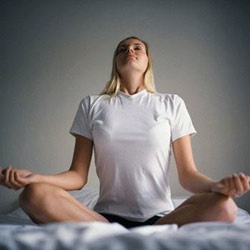