Factors influencing the occurrence of runny noses and weepy discharge at the same time, there are several. Treatment depends on their nature. It is preferable immediately consult a doctor who can more accurately establish that provoked the symptoms, and thus determines in a particular case to correctly treat the rhinitis with watery eyes.

Causes of runny nose and watery eyes, when and why they come together?

The main reason why tears in the cold can bother suffering is the sinusitis. This is due to the close location of the nasal passages and the tear ducts. Inflammation when the nasal septum swells, increases in size, and the passages to the sinuses, respectively, taper or overlap completely. As a result, the expectoration of mucus difficult, its volume increases, it begins to push on the forehead and orbit. In the nasolacrimal canal is only one way to exit excretions – through the eyes. This explains the watery eyes, formed in the cold.

So, tears when sinusitis is provoked by two aspects:

In most cases, for simultaneous tears and snot happens if there are two phenomena: viral or bacterial infection or allergic reaction. In the first case the situation is dangerous to others because of discharge from the nose – the active spread of the disease. In the second for a runny nose watery eyes due to increased production of histamine (the body’s response to contact with an allergen).

In the absence of adequate and prompt treatment to allergic rhinitis can join conjunctivitis, and against the background of deteriorated health when you join secondary infection develops SARS.

What to do, how to treat a runny nose and watery eyes?

Treatment is two-step: it is necessary to remove and symptoms (i.e., nasal congestion, and watery eyes), and the root cause of this condition. Preferably, the treatment was conducted under the supervision of an ENT doctor because it can not only accurate diagnosis but also to assess the success of treatment: each organism has individual reactions to the same drug because at the same diagnosis for some people effectively with one medication, for other – more.

How to remove the symptoms?

This is the first thing you need to do to facilitate health. It should be remembered that without treatment of the root cause can only temporarily improve the condition, therefore to be limited only to relief of symptoms is not necessary.

Initially when tearfulness of eyes from a cold it is important to remove swelling tissues in the nose they constrict the nasolacrimal duct and does not allow the secret to come out in a traditional way. To achieve this task applying vasoconstrictors like “Cold”, “Otrivin”, “Naphazoline”, recently my daughter came running. Children is preferable to choose the drug in the form of drops, adults – in the form of a spray.

Reduction of inflammation will improve the flow of mucus and facilitates breathing. But to use vasoconstrictors can be no longer than 4 days: in case of prolonged use, they can be addictive and as a result, to renounce the use of funds will be much harder. In the extreme case, if the specified time expires without vasoconstrictor drugs symptoms continues to appear, replace the medication with a different active ingredient.

If the reason that flowing snot and watery eyes is allergies, should avoid contact with the allergen.

This causes symptoms of reaction to external stimuli, such as:

Deterioration of health manifested by sneezing and watery eyes with no fever. When this happens sneezing attacks – several episodes. The secret is emitted from the nasal passages is a liquid. The congestion can not to impede the breath, but the discomfort still delivers. Is swelling and redness around the eyes.

Simultaneously with identification of the allergen to stop contacting him, you need to take antihistamines (“Lorena”, “Zodak”, “Core”) – they reduce the release of histamine, inhibit allergic response and return to good health.

Those who have allergies and know about it, before potential contact with the allergen must take preventive measures to strengthen immunity and anti-Allergy drugs – it is easier to prevent the development of the reaction than to eliminate it. For example, if the reaction occurs on the hair of animals, and should go into the house where these animals are. Or if possible reaction to the flowering of a plant before flowering season, you should prepare the body. To protect the eyes from fluff and pollen are advised to wear glasses or lenses. It does not protect against allergic reactions fully, but definitely reduce its intensity.

There are two types of inflammation of the mucous membrane of the eye – conjunctivitis: unilateral or bilateral. The first more common type – in this case, only one clogged tear duct, because it’s an occur, respectively, only one eye. This saves nasal congestion (runny nose in this case is bacterial) and normal body temperature.

Treatment of conjunctivitis in children is carried out only under a doctor’s supervision, adults can limit the use of antiviral, antibacterial drops of local action – “Ophthalmoferon”, “Torpex”, “Okomistin”. Don’t forget about vasoconstrictors to reduce swelling of the nose.

If the cause of the runny nose and watery eyes the eye is a viral infection, primarily should limit their contacts with family members, because this disease is contagious and spreads through the selection (including sneezing).

SARS is accompanied by fever, sometimes sore throat and head. Symptoms immediately manifested very intensively, because treatment delay is not worth it.

When the common cold watery eyes treatment in addition to the use of vasoconstrictor drugs must adhere to the following guidelines:

If joins secondary to the SARS virus or bacterial infection, it is necessary to Supplement the Arsenal of medicines with antibiotics, and after their course of bifidobacteria to restore the intestinal flora, which the antibiotics act negatively.

Folk remedies that will alleviate runny nose and watery eyes

To remove the swelling of the nasal mucosa by soaking the following means:

Washing is carried out daily 2-3 times. When the swelling of mucous is reduced, from reduced and an.

Also with tears in the cold and the runny nose will help other folk remedies.

1 tablespoon dried flowers pour 300 ml of cold water and heated to boiling. After boiling, keep on heat for 3-5 minutes, remove from it and allowed to cool. In the strained broth can moisten cotton pads and apply to the eyes – to reduce slezovydelenii. If you take the decoction orally, it will reduce inflammation, is an effective remedy for runny nose and sneezing.

A decoction of calendula

Flowers of cornflower from conjunctivitis

1 tablespoon dried flowers pour a glass of boiling water, cover and insist 1-2 hours. Strain the liquid to use for wetting swabs, which are then applied to eyelids for 10-15 minutes twice a day.

1 tbsp fennel seeds pour boiling water, infused for 1 to 3 hours. The product is used for washing the eyes.

Runny nose and profuse watery eyes – symptoms that can be a show primarily about an intense inflammation of the nasal passages. In this case, it is very important to choose the right treatment. If the adult watery eyes, but it is not accompanied by fever is reason, most likely, allergic reaction. But if there is fever, watery eyes and a bad cold, it may be signs of a viral infection which is dangerous, therefore requires immediate effective treatment. 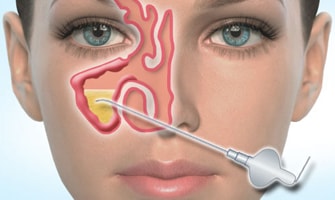 Cyst of the maxillary sinus: treatment 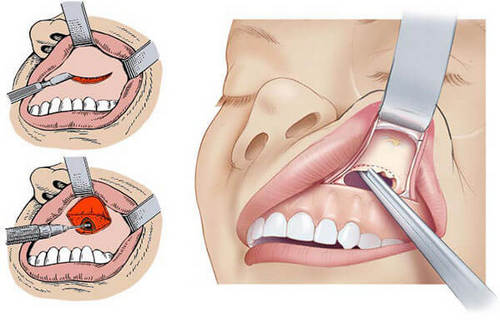