The Club House in New York‘s Upper East Side looks more like a gentleman’s lounge than a clinic, with dark walls, leather sofas, heaps of red velvet, bottles of whiskey, and a life-sized naked photo of Alessandra Ambrosio on the wall.

But according to its founder Dr Norman Rowe, this ‘ambiance of machismo’ is key to filling a gaping hole in the market for plastic surgery: a place for men to feel comfortable.

For too long, he complains, clinics have been ‘geared towards women’ with ‘orchids and white walls and beautiful scenery’.

‘Now men want a piece of the pie,’ he explained to Daily Mail Online on Wednesday, two weeks after opening the all-male clinic which offers everything from penis augmentation (one of Dr Rowe’s specialties) to man boob sculpting.

A ‘man’s place’: The Club House is a men’s only clinic for plastic surgery in New York 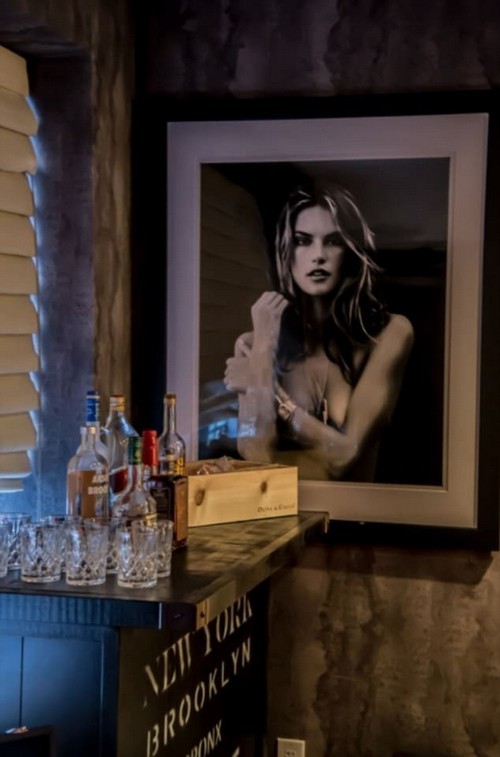 He insists that men are under the same societal pressures as women to get cosmetic surgery ‘to stay relevant’, but they don’t feel ‘a sense of equality’.

‘A lot of men, they just don’t feel comfortable when they call up and they’re talking to a girl about their penis augmentation,’ Dr Rowe explained. 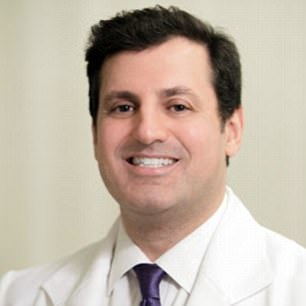 ‘We do a lot of Botox – or “Brotox”, for lack of a better word,’ Dr Norman Rowe said

‘In an era where everyone wants equality and there’s such an emphasis on cosmetic, I can’t believe this kind of place doesn’t already exist.

‘In the last five, 10, 20 years everything has been geared towards women and I want to change that.

‘I thought, “I wonder if we could get an all-male place?” So we renovated the space and made it a little bit more masculine.’

In terms of demand, he is not wrong: year after year, the American Society of Plastic Surgeons documents rocketing rates of men undergoing both invasive and non-invasive cosmetic procedures.

Dr Rowe says he saw this spike in interest shoot up after the market crash of 2008, when ‘all these men came into my clinic with their severance checks to get liposuction and Botox because they were hitting the job market again.’
Dr Norman Rowe, the founder, said he wanted the place to feel like a golf club for men

‘I FEEL MORE COMFORTABLE’: A PATIENT AT DR ROWE’S CLUB HOUSE ON WHY HE CHOSE TO GO

Marom Unger, a restaurant owner in the Upper East Side, gets Botox injections under his armpits to treat a severe case of body odor.

After seeing Dr Rowe for a few years, he is practically cured.

But his journey to get there, pre-Club House, was uncomfortable and embarrassing.

‘It’s quite uncomfortable going into the clinic, especially on the Upper East Side of Manhattan where I have my businesses, going in for the procedure I need to get,’ Unger told Daily Mail Online.

‘You get to the front desk and there’s a pretty lady behind the register taking my credit card for payment… it’s something that makes me feel very nervous.

‘Once the procedure is done it’s great and I’m very grateful but I guess it’s a psychological thing for me, I just get embarrassed.’

In contrast, he said, being with Dr Rowe felt like being with ‘one of the guys’. It’s ‘less judgmental’, he says.

Unger concedes that the idea of men being under-served chalks with most other conversations about gender equality these days.

However, he believes the rate of American men getting procedures (nine percent of the population) is far lower than it should be. While most studies have put this down to societal pressures on women to look a certain way, Dr Rowe believes this is largely because the industry is making men feel alienated.

At the Club House, the staff are all male, and crucially the procedures are all male-focused.

From his research, Dr Rowe says a ‘masculine’ setting involves darker colors, contemporary art, photography and comfortable seating and music that’s not classical, such as rap or rock and roll – while the opposite, he suggests, is for women.

The photography on show is mainly of beautiful scantily-clad women – though half his clientele, he insists, is homosexual (but ‘I think regardless of your sexual orientation you can appreciate a beautiful woman’).

‘I guess I stereotyped it a bit,’ he admits.

He added: ‘It’s like they say in Field Of Dreams [the Kevin Costner sports movie about building a baseball field] : “If you build it, they will come.”‘

Based on the first couple of weeks in business, he insists the Field Of Dreams saying was true.

‘In the two weeks that we’ve been open, we’ve been treating about 10 patients a day. Usually we see about three to five men a day, so that is good. I’m very hopeful, I’m very optimistic.’

In fact, he says the place has been so popular he’s ‘even’ had demand from women (but he believes the only reason is that ‘the dozen or so women who have asked are all single’).

It’s like they say in Field Of Dreams [the Kevin Costner sports movie about building a baseball field] : “If you build it, they will come.”

For now, Dr Rowe says, he has referred women to his other location a couple of blocks away, to preserve the Club House as a space for men.

It is all part of his passion project to make men feel like they too can alter anything – be it their hairline or their genitals.

‘I was visiting Houston recently as saw guns marketed for women,’ he said, explaining part of his inspiration.

‘Something as masculine as a gun had pearl handles or pink handles, geared towards women. I thought, why not take something as feminine as cosmetic surgery and gear it towards men?

‘It was only a matter of time before someone did this, and I can’t believe I’m the first.’ 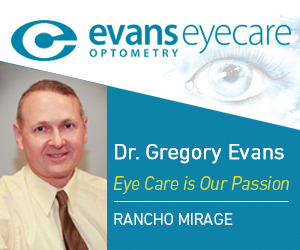 A problem shared could be a problem doubled 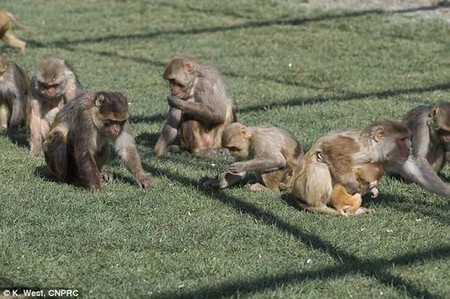