The festive period is notorious for over-indulgence.

But eating more fibre could stop you piling on weight from those pigs-in-blankets this Christmas, new research suggests.

Scientists claim it’s not just an abundance of calories that could ruin your waistline – a lack of the essential nutrient could be responsible.

Fibre is abundant in nuts, legumes and wholegrains. High amounts are also present in Christmas pudding, the festive favourite.

The conclusion, made by Swedish and American researchers, was based on feeding mice diets extremely low in the nutrient.

Eating more fibre, found in nuts, could stop you piling on weight from those pigs-in-blankets this Christmas, new research suggests

And they were also discovered to have an imbalance of gut bacteria, considered to be a major driver of obesity.

The two studies, published in Cell Host & Microbe, may explain why obesity rates are continuing to soar in the UK and US.

So-called Western diets, deemed a major factor for obesity, are notoriously low in fibre – but high in dangerous fats and sugar.

Cereals and a high-fibre diet can officially help prevent and beat bowel cancer, according to research presented in November.

It is well known that eating plenty of roughage through foods like pulses, vegetables and fruit reduce your risk of the disease.

And US scientists discovered fibre boosts survival rates of those already diagnosed – even if their diet was poor before.

Compared to people with a low fibre intake, each additional five grams of roughage in the diet was linked with a 22 per cent lower risk of being diagnosed with and dying from bowel cancer.

And among those already diagnosed, each additional five grams of fiber added to the diet brought an 18 percent fall in the likelihood of dying from the illness.

But not all types of roughage had the same life-saving effects, noted the team from Harvard Medical School and Massachusetts General Hospital in Boston.

But researchers involved in the two studies warn that it’s still too early to recommend eating more fibre to prevent weight gain.

Dr Andrew Gewirtz, involved in one of the papers, said: ‘Simply enriching processed food with purified fibers might offer some health benefits.

‘But we’re not ready to recommend it until we understand more of the very complex interplay between food, bacteria, and host.’

Mice on the low-fibre diet in the Gothenburg University study developed problems with the protective mucus layer in the colon after just three days.
Fibre is abundant in cereals, nuts, legumes and wholegrains. High amounts are also present in Christmas pudding, the festive favourite

This mucus layer became more penetrable and bacteria encroached upon the epithelial cells of the colon. They are usually apposed.

Both papers reached the ‘same conclusion’ that the lack of fibre results in bacteria encroaching into the mucus layer.

Britain was shamed as the obesity capital of the EU in November.

The country has the highest rates in the bloc with nearly 30 per cent of women and just under 27 per cent of men overweight.

Other health figures are also worrying, showing Britain is the second worst at exercising and has one of the highest rates of heavy drinkers.

Britons were also near the top of the international table for having dangerously high cholesterol levels.

The statistics followed a warning that it has become normal to be vastly overweight, with Britain following the lead of the US, the world’s most obese nation.

Metabolic syndrome is the medical term for having a combination of diabetes, high blood pressure and obesity.

He added this ’causes defects to the inner mucus layer and allows bacteria to come close, something that triggers inflammation and ultimately metabolic disease.

But Professor Hansson warned that ‘it is not enough just to add fibre to your diet; it also depends on which bacteria you carry’.

The Gothenburg University team found supplementing diets with a fibre found in wheat lowered the penetrability of the mucus in mice.

And the American researchers found they could aid weight loss if the mice followed a similar inulin-based diet.

Eating the fermentable fibre also helped restore diversity to the gut bacteria of the mice – but not to the original levels.

The scientists say more research is needed for them to thoroughly understand the link between dietary fibre and weight loss. More than a THIRD of brands ‘contain less than half the SPF it says on the label,’ report warns 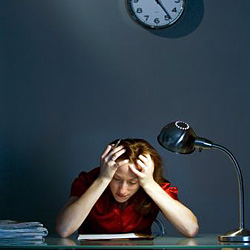 Baby girl ‘born’ into mother’s abdomen is saved by doctor