Previous research has suggested beautiful people are more confident, have better social skills and are seen as more able by employers, which typically translates to higher wages.

Most people believe it pays to be beautiful, but according to new research, the ugliest among us don’t miss out when it comes to their wages.

People perceived as ‘very unattractive’ earn more than many of their better-looking peers, a study found.

This may be because ugly people are less open to new experiences and so are more likely to commit to their job, scientists said.

Most people believe it pays to be beautiful, but according to new research, the ugliest among us don’t miss out when it comes to their wages. People perceived as ‘very unattractive’ earn significantly more than many of their better-looking peers, a study found (stock image)

But the new study, from experts at the London School of Economics and the University of Massachusetts, found there is a caveat to this ‘beauty premium’.

They analysed data from 20,000 young Americans who were interviewed and rated on their attractiveness at 16 and then three more times over the next 13 years.

The team wanted to see whether the participants’ earnings at 29 were linked with their physical attractiveness at that or any previous age.

Overall, results showed people who were more extroverted, conscientious and less neurotic made significantly more money than others.

‘Very unattractive’ participants always made more money than those who were just ‘unattractive’, the research found.

This was also sometimes the case when very unattractive people were compared with participants labelled ‘average looking’ and ‘attractive’.

Previous research has suggested beautiful people are more confident, have better social skills and are seen as more able by employers, which translates to higher wages (stock image)

Psychologist Dr Alex Fradera, who was not involved in the research, suggests this difference is thanks to a contrast in the groups’ openness to experience.

Unattractive people were found to be less open to new experiences, which may correlate with higher earnings.

This is because ‘very unattractive’ people were more likely to commit to their job, allowing them to climb the professional ladder more effectively than more attractive and ‘open’ participants.

Dr Fradera wrote in BPS Digest: ‘Could this Openness-attractiveness association be an indicator that some of the very unattractive scored especially low on Openness, and were perhaps highly devoted to a specific topic area, pursuing it obsessively to the exclusion of all distractions and eventually entering the forefront of their field?

WHAT DO WOMEN FIND ATTRACTIVE IN MEN? HERE ARE 4 SCIENTIFICALLY PROVEN TRAITS

Men appear more attractive if they’re popular with other women, according to scientists.

The theory is that women are especially attracted to men with partners because they are more likely to be kind and faithful – which makes them ‘good mates’.

Women are more likely to find men attractive if they think they have a bulging wallet, a new study has found – but for men it’s still all about the looks.

A recent study suggests that women are four times as sensitive to salary when considering a male partner as men are when choosing a female partner.

When it comes to what women want, muscular, tall men still win out, a recent Austrlian study suggests.

Scientists showed a group of 160 women photographs of shirtless, faceless men and asked to give them an attractiveness rating.

The results show men who looked strong, with muscular arms and toned torsos, did far better than those who had worked a little less hard at the gym.

It seems that, for some, looks and personality really don’t matter.

Nearly one in ten people find intelligence to be the most attractive feature in a partner – a trait known as sapiosexuality, according to researchers at the University of Western Australia.

‘We know that Openness correlates negatively with the passion component of ‘Grit,’ so such effects are conceivable.’

The results contrast the findings of previous studies, which have typically found that unattractive people earn less than their good-looking peers.

Study coauthor Professor Mary Still said these papers may not have accounted for very ugly people, as ‘very unattractive’ and ‘unattractive’ are often combined into one group.

‘Thereby they fail to document the ugliness premium enjoyed by the very unattractive workers,’ she said. 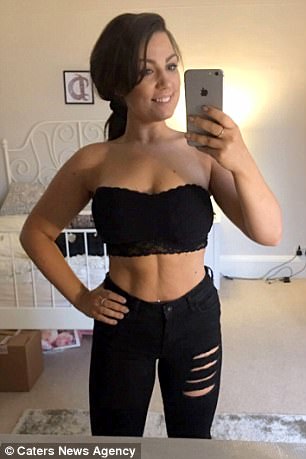 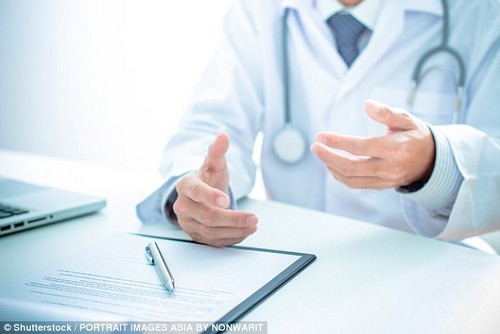 Antibiotics may not be solely to blame for drug-resistance